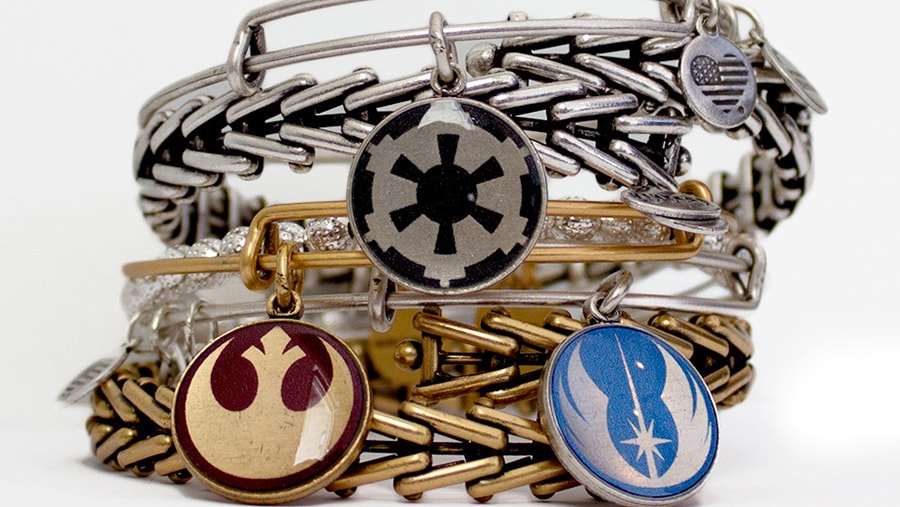 Disney fans, you are not going to believe it! I just got the inside scoop on new additions to the Star Wars-inspired collection from ALEX AND ANI debuting at Disney Parks.

Launching February 15 are expandable wire bangles featuring classic Star Wars characters and phrases including Yoda, “Do Or Do Not… There Is No Try,” and Princess Leia and Han Solo, “I Love You. I Know.” Both of these pieces will come in RAFAELIAN GOLD and RAFAELIAN SILVER finishes. 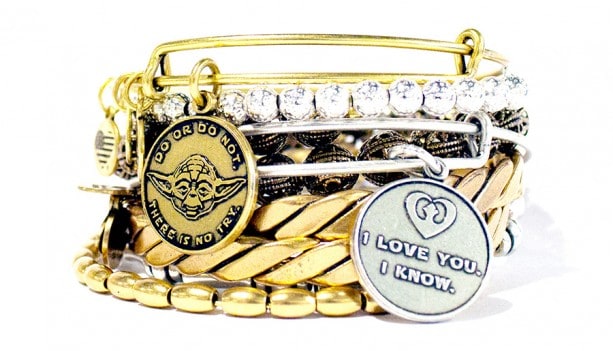 It doesn’t stop there – releasing the same day is a buffed epoxy expandable wire bangle featuring one of the most famous lines of all, “May The Force Be With You,” in Shiny Silver and Shiny Gold finishes. Yes, you heard it right. Take a look! 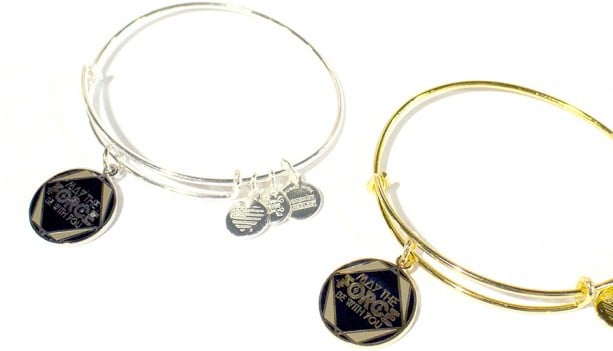 I am curious how many of you chose an alliance when we debuted the Star Wars symbol bangles in December? I ended up joining the ranks of the Rebellion. Are you surprised? For those of you wondering what I’m talking about, check them out for yourselves. 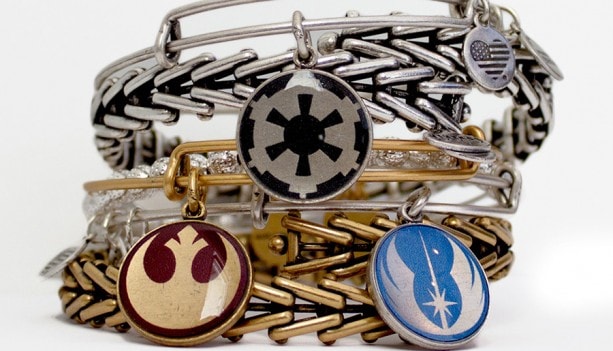 Available in RAFAELIAN GOLD and RAFAELIAN SILVER finishes, these bangles feature the Rebellion symbol, the Imperial symbol and the Jedi symbol. Where do your loyalties lie?

Her highness, Princess Leia, also accompanied the symbols. Depicted with her signature hairstyle and robe, she’s ready to take on the dark side. Choose from RAFAELIAN GOLD or RAFAELIAN SILVER finishes. 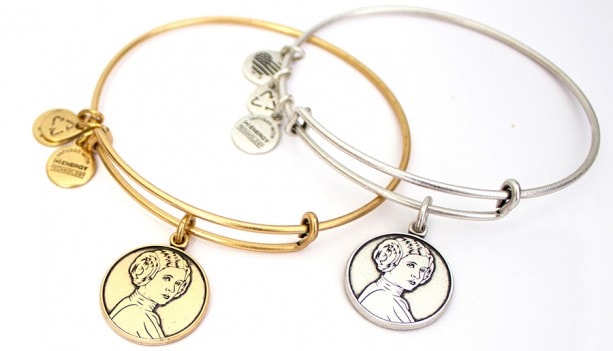 Find them at the galactic outposts below:

Tip: Bangles will be available online on or around the same dates as they debut at Disneyland Resort and Walt Disney World Resort merchandise locations.

Are you excited for these new additions? Which one is your favorite?