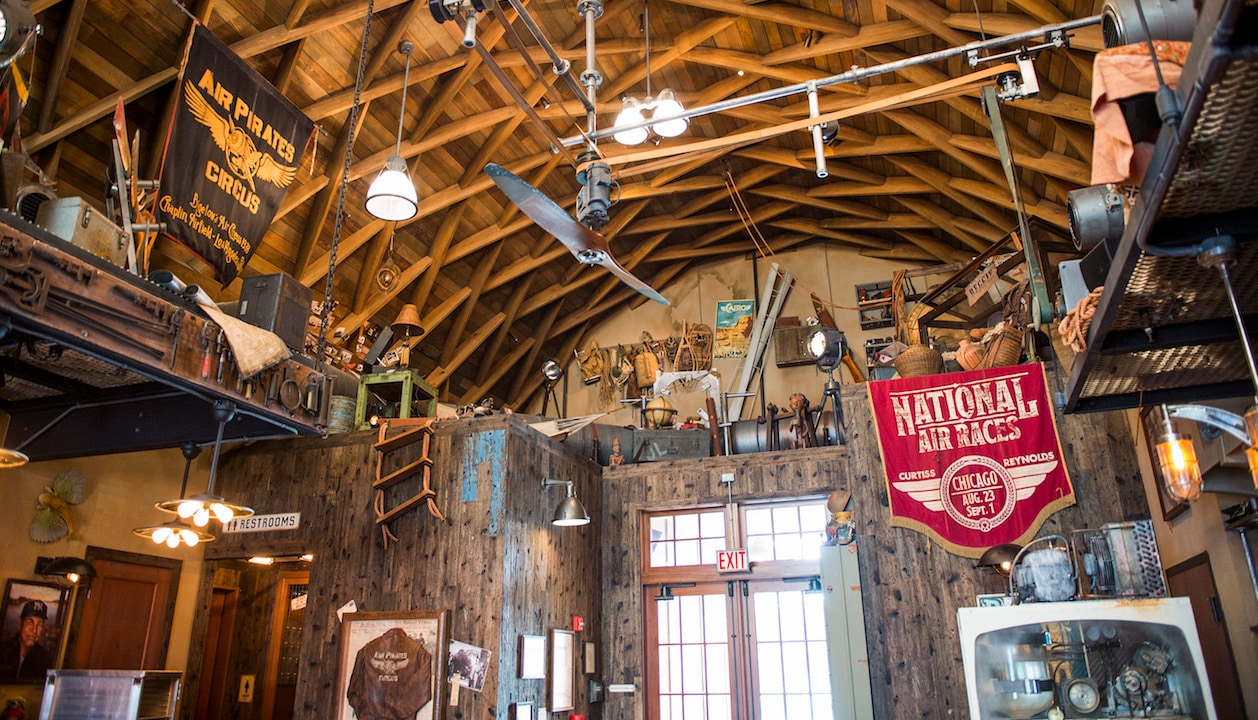 All In The Details: Exploring Jock Lindsey’s Hangar Bar At Disney Springs

Among all of the recent additions made to Disney Springs, I have to say that one of my personal favorites is Jock Lindsey’s Hangar Bar, a 1940s era float plane hangar turned bar that’s full of adventure, from the decor that surrounds you, to the creative menu of drinks and light plates that delights you.

Located in The Landing section of Disney Springs, the theming and backstory of “The Hangar” was inspired by the fictional character Jock Lindsey, a seaplane pilot in the film “Raiders of the Lost Ark.” Although Jock only appeared in a mere one minute of film, our Imagineers used his character as a springboard to develop a fun backstory for this adventurous hotspot.

The story of The Hangar Bar builds out Jock’s character, giving him a past as a seasoned circus pilot-turned adventurer. Later on in his life, he made his home at Disney Springs, falling in love with the place when he flew over the Florida in search of the Fountain of Youth and opened the bar, which is chock full of memorabilia from his past. Once that storyline was established, Imagineers were able to add authentic details to the bar, from collections of aviation parts (see the impressive ceiling fan made of vintage airplane propellers), to a diver bell families can actually dine inside, to Reggie, Jock’s canvas-covered steamboat named after his pet snake.

Check out the video below for a tour at some of the location’s highlights.

For more “All in the Details” blog posts, check out the list below: