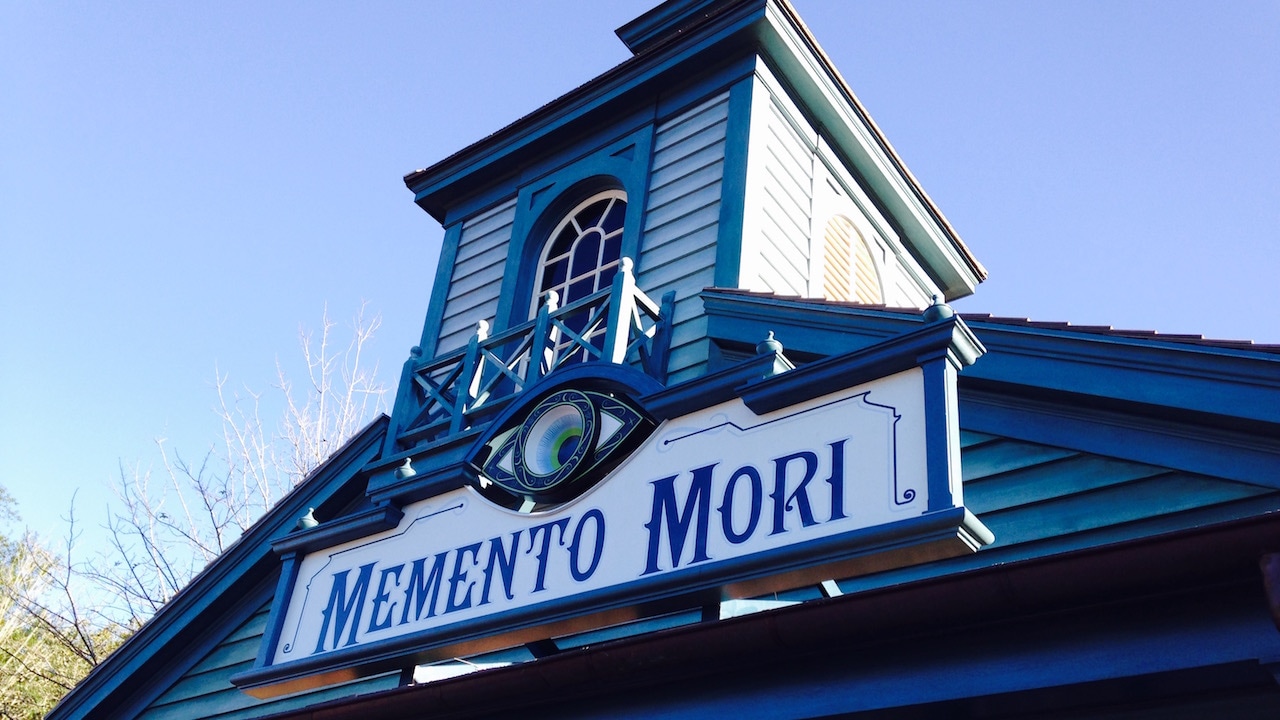 All in The Details: Memento Mori at Magic Kingdom Park

The Haunted Mansion is one of my all-time favorite Disney Parks attractions, which is why I love stopping at its neighboring Memento Mori shop each time I visit Magic Kingdom Park.

This shop, which offers the largest selection of Haunted Mansion merchandise at Walt Disney World Resort, is much more than it seems. The location’s name, Memento Mori, was taken from an inscription on a tombstone in the Haunted Mansion’s Graveyard Scene. And if you take a careful look at the marquee, you may notice that it employs a visual trick used in the Mansion’s original portrait gallery. The large “eye” incorporated into the marquee appears to follow you as you walk by.

Inside, Memento Mori’s theming actually transports you into the distant past to walk in the footsteps of a popular character from the Haunted Mansion – Madame Leota.

Madame Leota appears in the Haunted Mansion’s Seance Circle scene as a disembodied spirit inside her crystal ball, summoning spirits “from regions beyond.” When it came time to build a dedicated Haunted Mansion merchandise location, Imagineers used Leota as inspiration and continued to develop her storyline. According to it, Memento Mori was the home of Madame Leota during her earthly years. Although she vacated long ago, many of her belongings are still located in the shop, including a portrait of someone assumed to be Leota back in her “corruptible, mortal state.” And if you get close enough, you just may recognize a familiar face on the cameos worn by female cast members in the shop. Notice that the gold trim around the cameo features roses and even Leota’s Raven. The shops mirror features the same golden frame – and Leota’s face appears within the mirror, looking out at us from her world beyond. 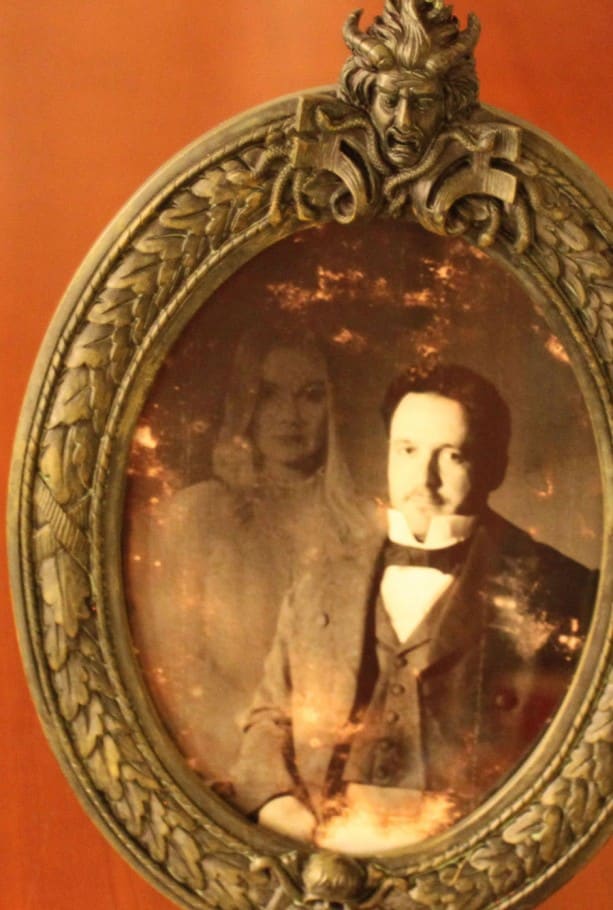 You may also notice other framed Daguerreotype photographs decorating the walls. Daguerreotypes were one of the earliest forms of commercial photography in the 1840s. With long exposure times, early photographers soon learned they could add in “Spirits” and a side business was invented. The images in Memento Mori are very faithful recreations of this early photography, even being printed on metallic paper and showing the chemical processing issues that often were a part of Daguerreotypes.

For more “All in the Details” blog posts, check out the list below:

Likes (1)
Share All in The Details: Memento Mori at Magic Kingdom Park