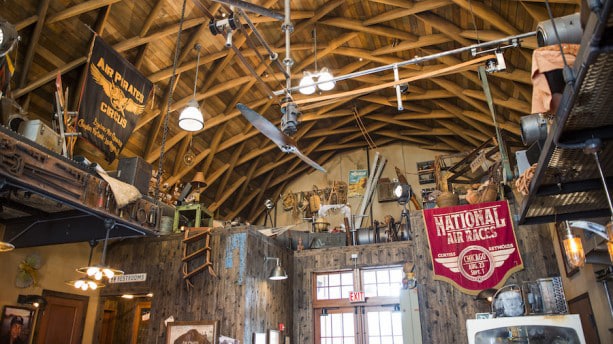 It’s Valentine’s Day and all week we’ve been sharing holiday stories and content, including new artwork, love-inspired wallpapers, Valentine’s weekend experiences and even creative projects to celebrate the occasion.

We also continued our popular “All in the Details” series with a special look at Jock Lindsey’s Hangar Bar at Disney Springs. Jock Lindsey’s Hangar Bar is a 1940s era float plane hangar turned bar that’s full of adventure, from the decor that surrounds you, to the creative menu of drinks and light plates. Check out the video for a tour at some of the location’s highlights.

VIDEO: Meet the Team Behind New Main Street Enchanted Windows at Disneyland Park – Six new Main Street Enchanted Windows – featuring the stories of “Peter Pan,” “Cinderella,” “Frozen,” “The Princess and the Frog,” “Toy Story” and “Aladdin” – are now on display at Disneyland park. In a new video, we introduce you to some of the talented people who brought these new animated windows to life for the Disneyland Resort Diamond Celebration.

Peyton Manning Celebrates Super Bowl Victory at the Disneyland Resort – How did Peyton Manning celebrate his team’s Super Bowl 50 victory today? He went to Disneyland! Following the Denver Broncos victory over the Carolina Panthers at Levi’s Stadium in Santa Clara, Calif., Peyton – joined by his children, Mosley and Marshall – celebrated with fans today at the Happiest Place on Earth with a parade Monday down Main Street, U.S.A., at Disneyland park.