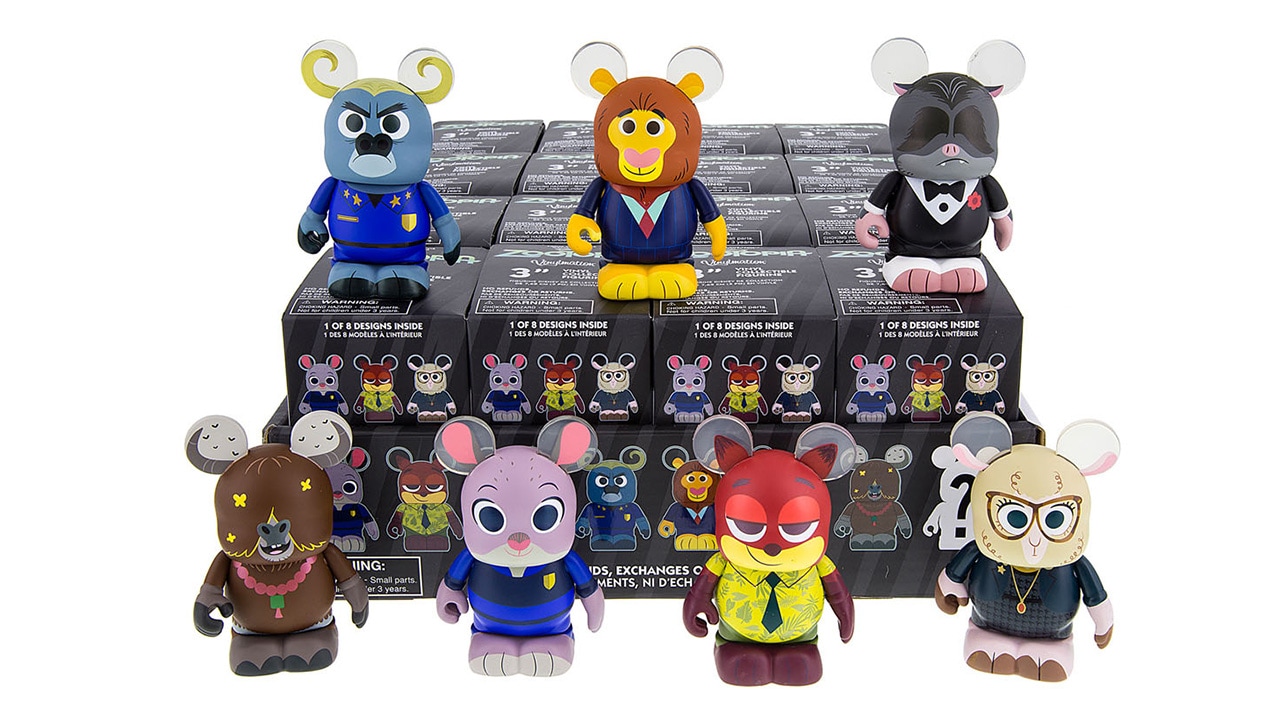 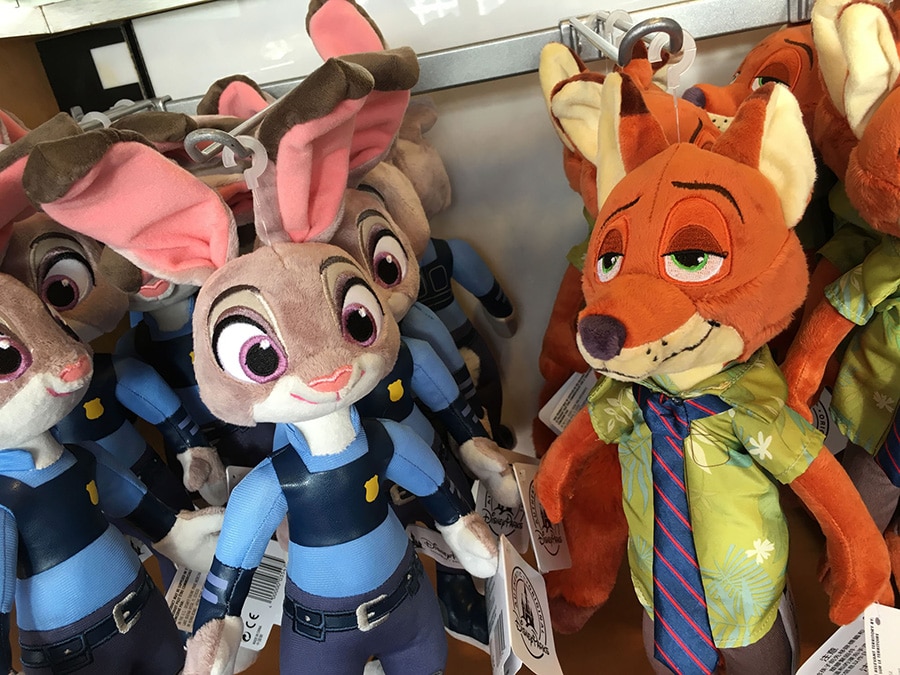 Walt Disney Animation Studios’ newest film “Zootopia” arrives in theaters on March 4. I’ve been looking forward to this film since my fellow author Shawn Slater shared the movie trailer on the Disney Parks Blog (a fox dressed in an Aloha shirt with tie and voiced by Jason Bateman? Sold!). I recently hopped over to Disney’s Hollywood Studios at Walt Disney World Resort where I found a handful of products for Zootopia. 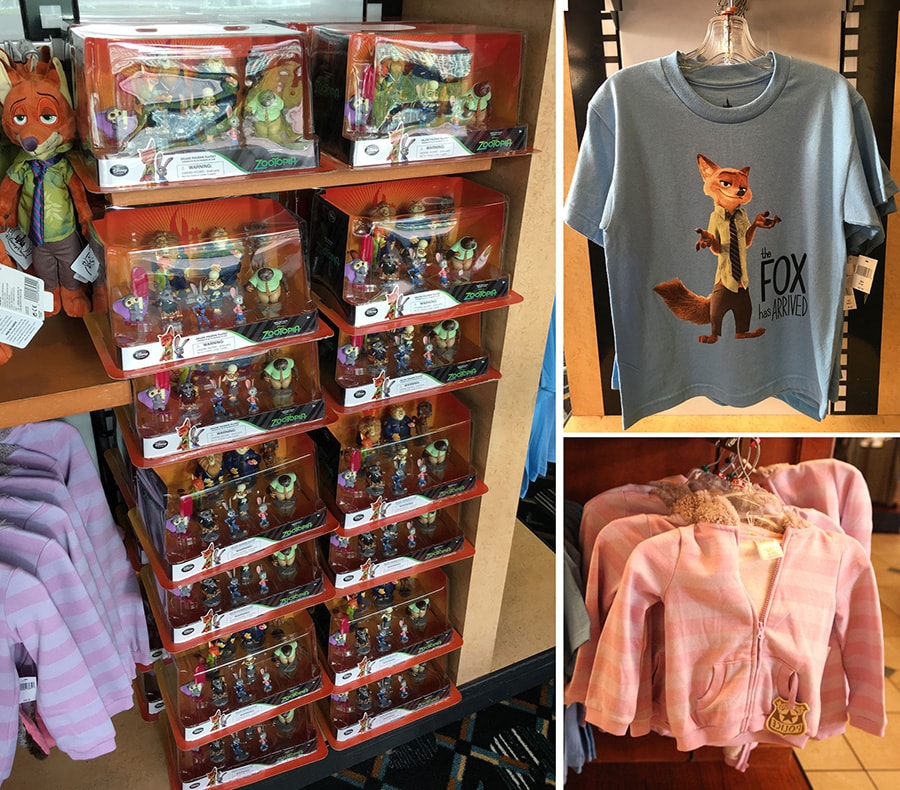 Guests will find a Deluxe Play Set with 10 wild characters from the film, and two plush animals featuring Judy Hopps and Nick Wilde. 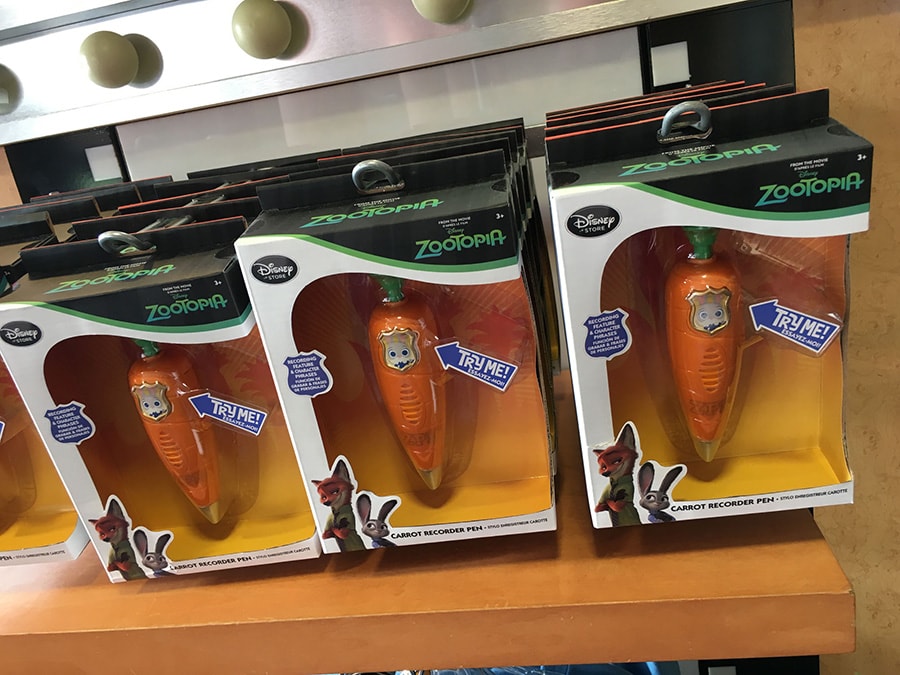 One of my favorite toys is the Carrot Recorder pen which is modeled after the pen Officer Judy Hopps uses in the film. It’s both a functioning pen and a voice recorder (this is something I need when taking notes for these articles). 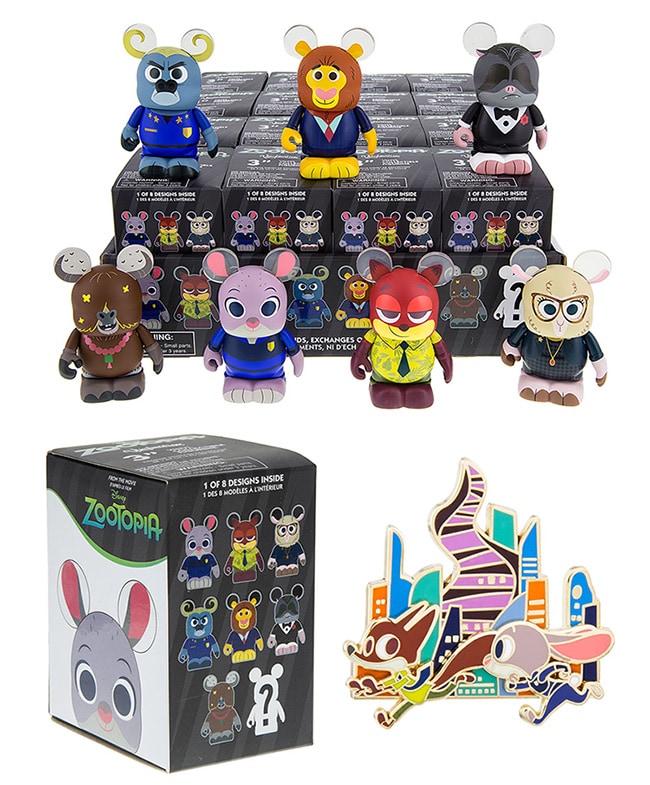 The limited release Vinylmation mystery series was designed by artist Ricardo De Los Angeles. The series contains seven known figures and one mystery chaser figure. You can either purchase individual mystery boxes or an entire tray (the latter gets you the complete set of figures).

We also have a Disney pin that shows Judy chasing Nick through the streets of Zootopia.

Two new Disney Infinity 3.0 figures of Judy and Nick will be released on March 1. We will carry those figures in select Disney Parks merchandise locations once released.

You can find even more products from Zootopia on DisneyStore.com. Select items may also be found using the free Shop Disney Parks mobile app. With the app, you can search thousands of products from Disney Parks and have them shipped directly to your home. Visit DisneyWorld.com/Shop to download.