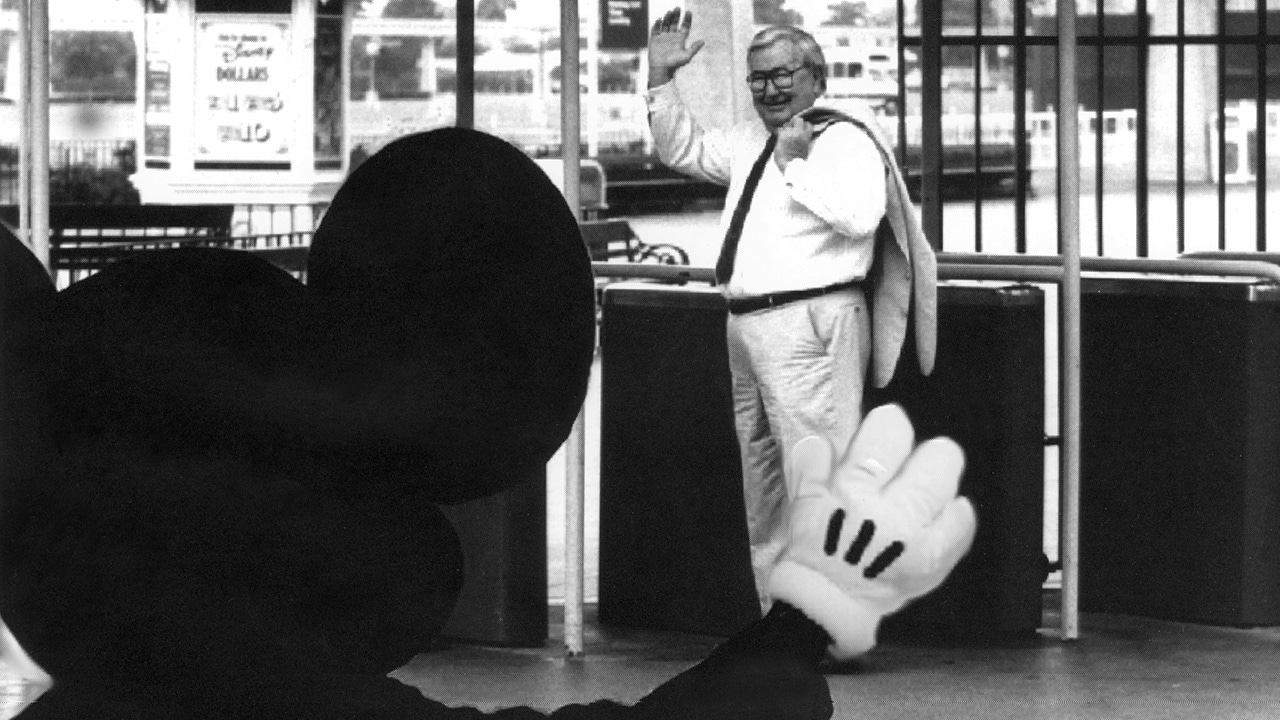 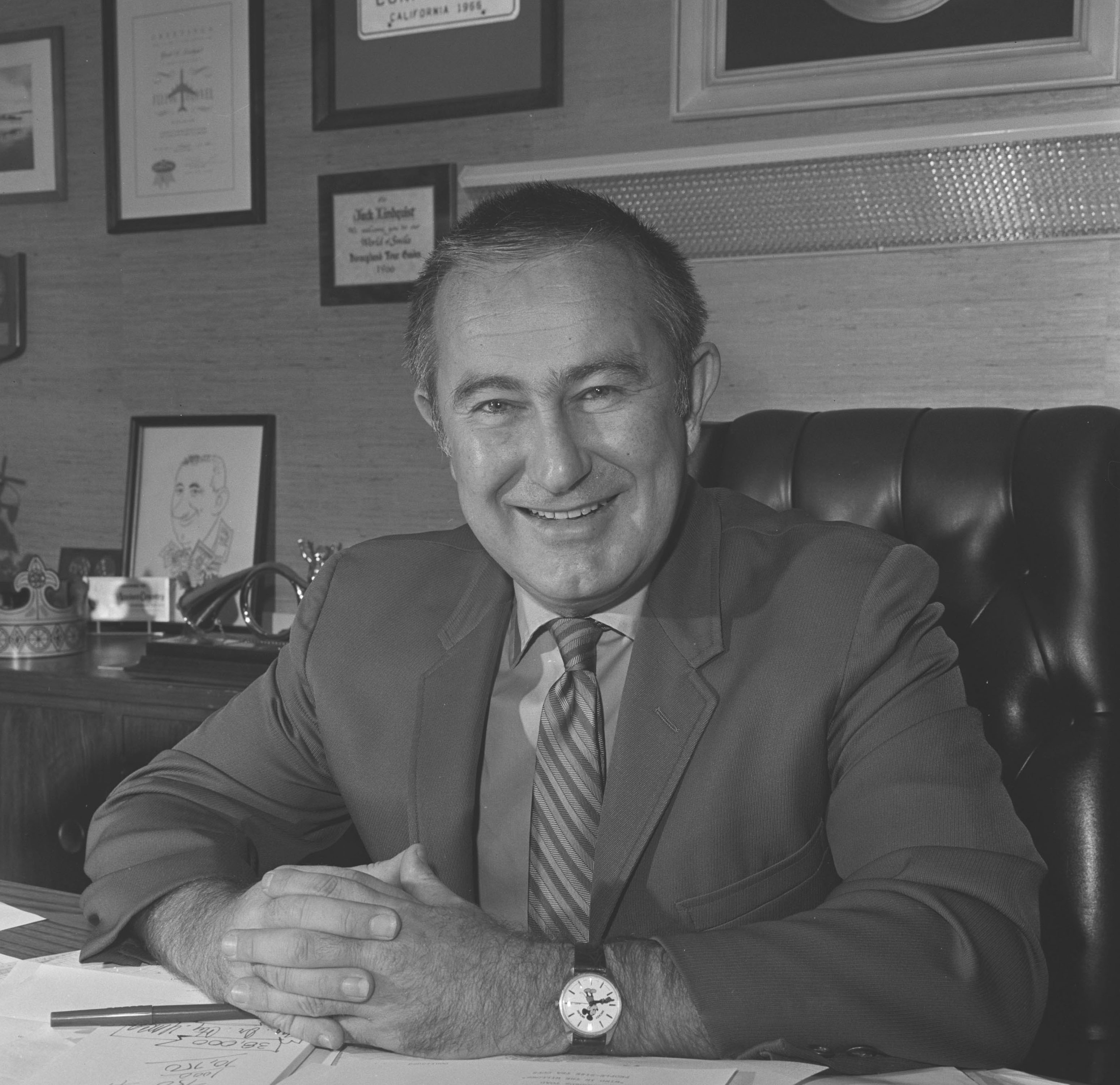 Jack Lindquist in his Disneyland Office

Yesterday we learned of the passing of Disney Legend Jack Lindquist at the age of 88. Walt Disney Company Chairman and Chief Executive Officer Bob Iger spoke for all of us when he said, “Jack Lindquist was a Disney original in every sense. He started his career as Disneyland’s first advertising manager, and later served as the park’s first president, a role he always referred to as ‘the best job in the world.’ He made sure Disneyland was the Happiest Place on Earth for each guest who walked through the gates, setting the standard for every leader that followed. Those of us who had the good fortune to know Jack will always remember the kindness, humility and dedication that made him such an important part of this company and a true Disney Legend.” 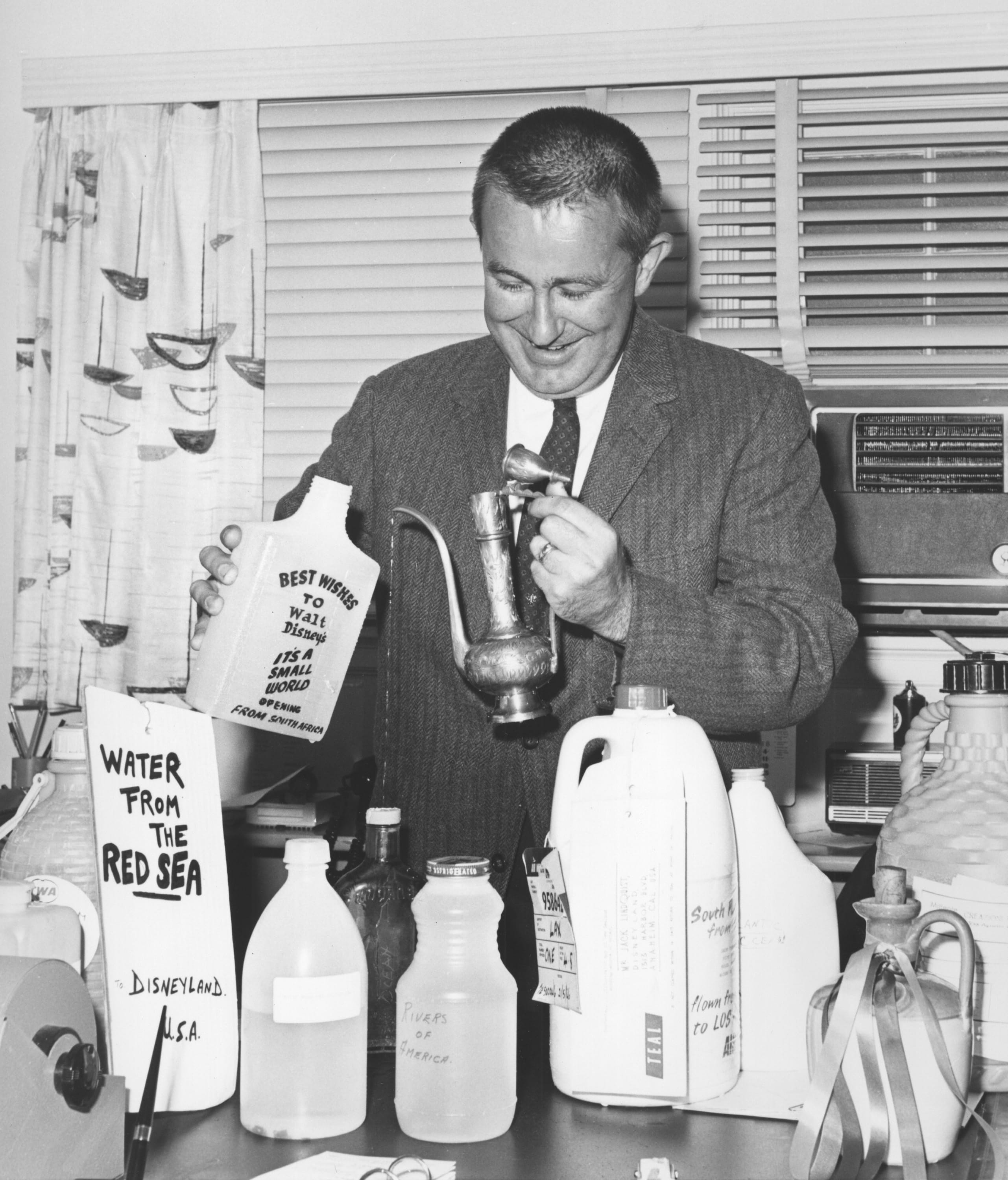 Jack began his Disney career in 1955 when Walt Disney hired him to be the the first advertising manager at his new park. In a 38-year Disney career that ultimately led to being named the first president of Disneyland, he held multiple positions in marketing and went on to helping plan Walt Disney World Resort, Tokyo Disneyland and Disneyland Paris. 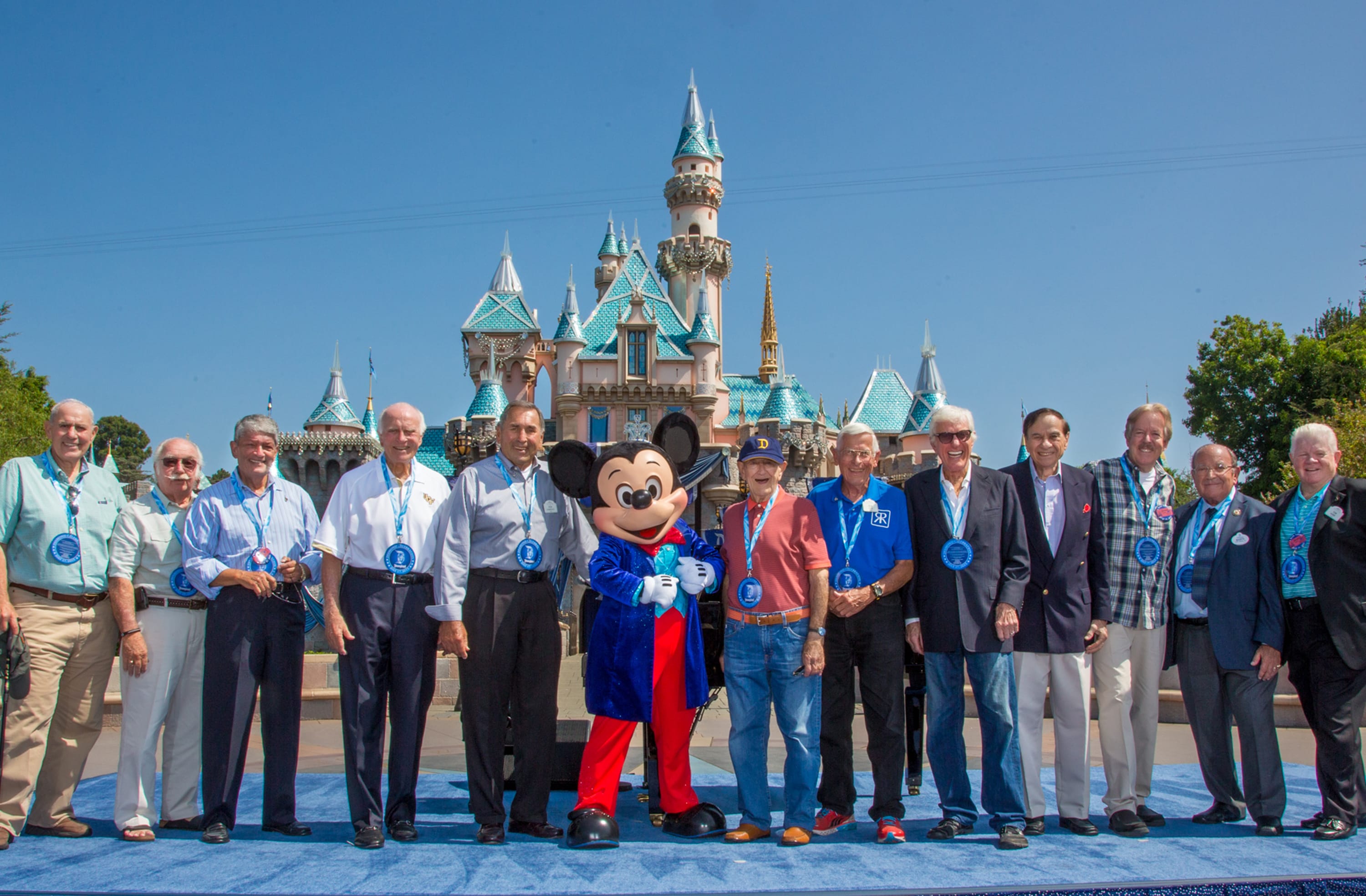 Jack was here last July 17 to mark our 60th anniversary, and we caught this great picture of him with some fellow Disney Legends and Club 55ers. He was ready with a big smile and a funny story, just like he always was. 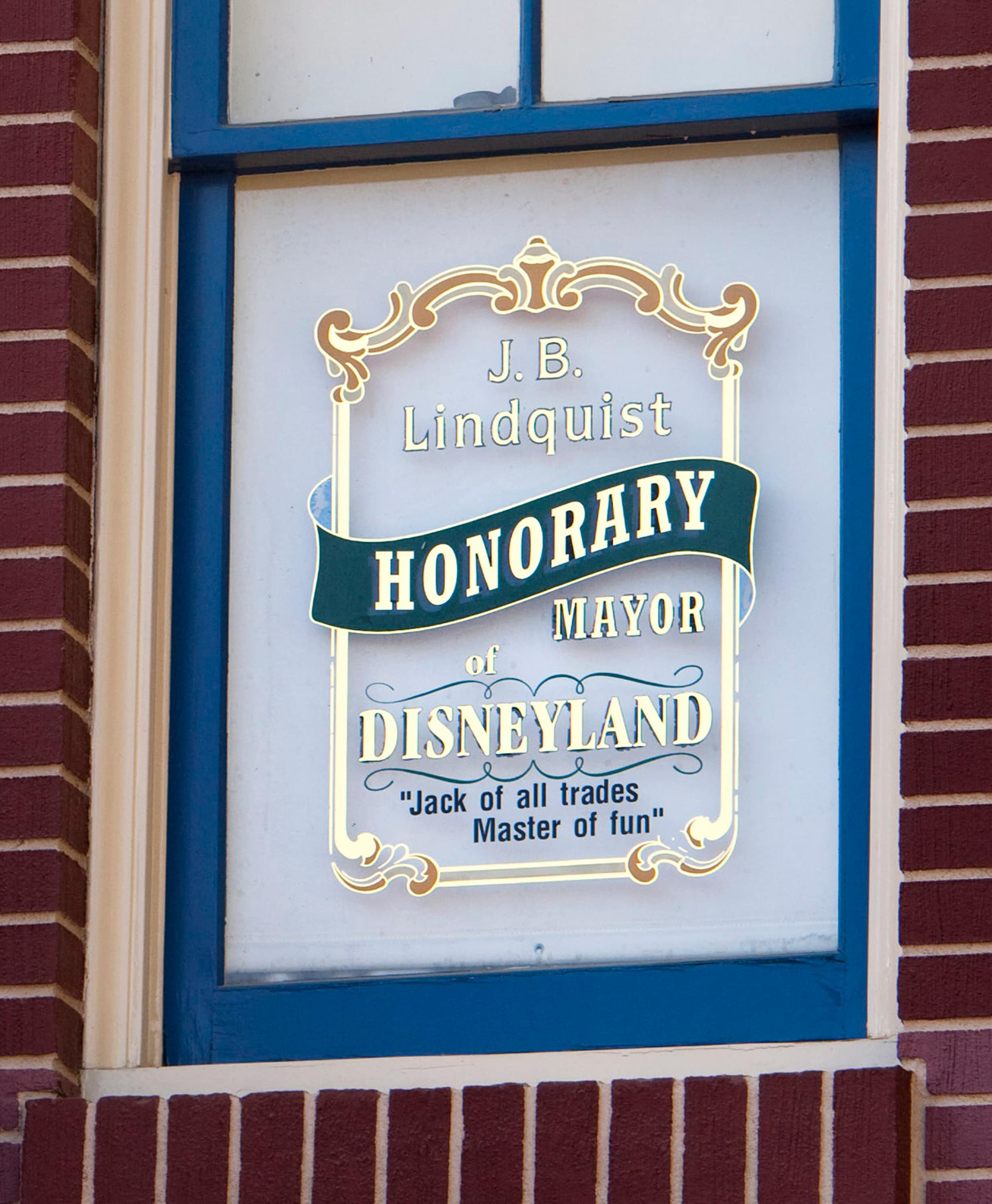 The next time you find yourself enjoying Town Square at Disneyland park and all the happy faces coming and going through the train tunnels, look up to the second story of City Hall where you’ll find a quiet tribute to a man who understood the power of the happiness made here, one of the true Disneyland originals, a “Jack of all trades – Master of Fun.” 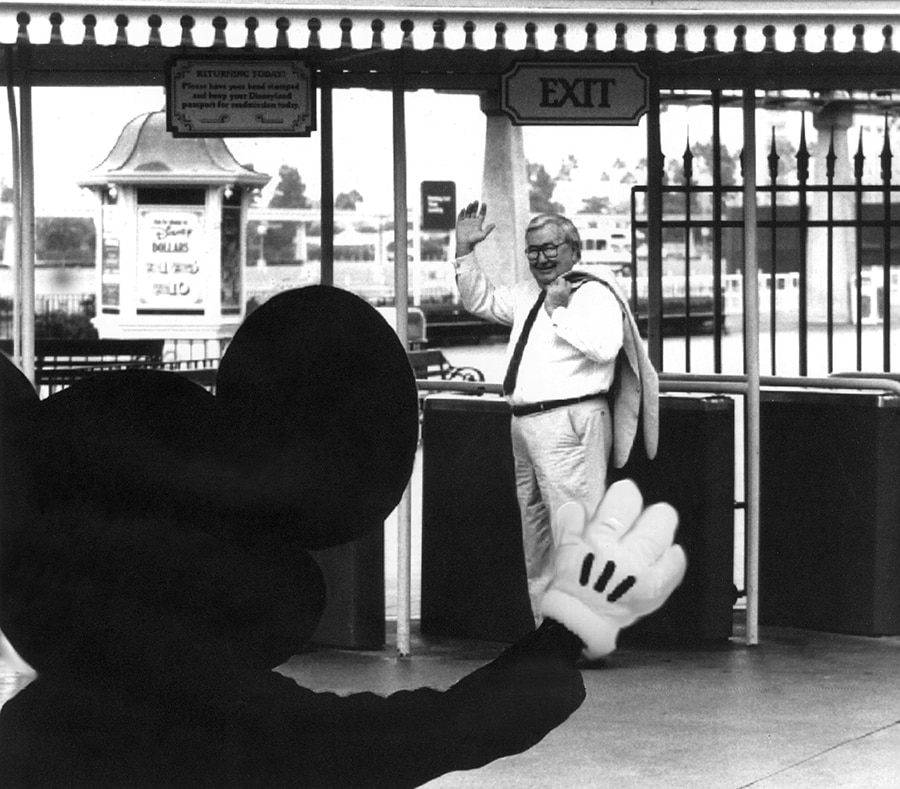