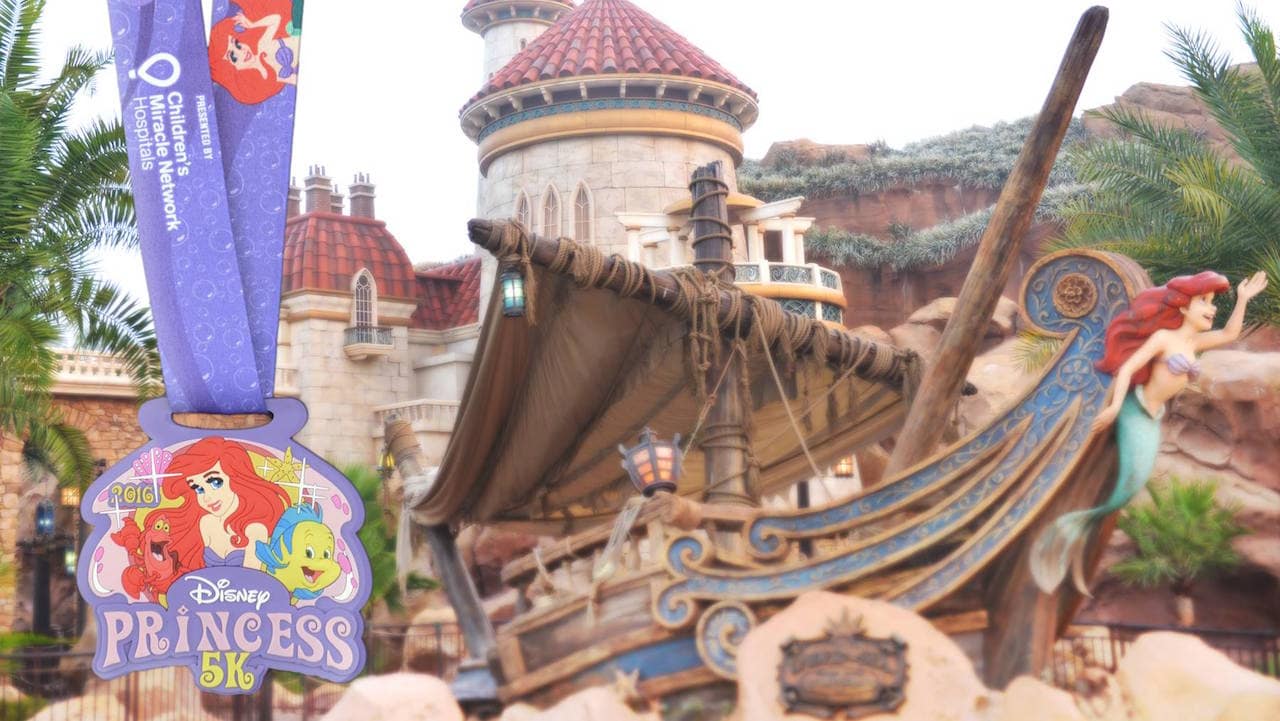 ‘The Little Mermaid’-Inspired Style for Disney Princess Half Marathon Weekend

It’s time to get your fins ready for Disney Princess Half Marathon Weekend presented by Children’s Miracle Network Hospitals. We recently revealed the royal race medals on the Disney Parks Blog and there is a lot of excitement around “The Little Mermaid” theming throughout the weekend, especially evident on the Disney Princess 5K medallion.

These looks with elite running gear by Champion and New Balance inspired by “The Little Mermaid” will be brought to life during the Disney Princess 5K. Ariel spends her days singing, daydreaming and going on adventures. This Ariel-inspired outfit will be great for one of her biggest adventures, running through Epcot and winding through Future World then on to international World Showcase. This ensemble would not be complete without a special pair of Ariel-inspired running shoes from the 2016 New Balance runDisney collection. To learn more on how you can own a pair from the 2016 collection visit the New Balance Virtual Queue. 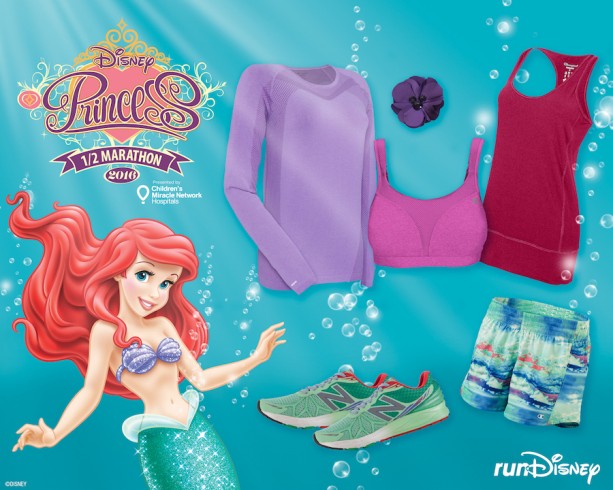 Don’t call Flounder a guppy. While Flounder might not be as sure about going on adventures, this outfit will give anyone the confidence they need to cross the finish line! 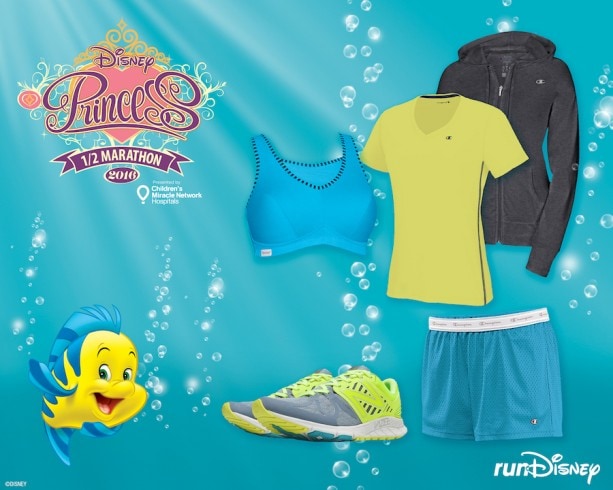 Runners beware. Ursula is only interested in her own goals, as a villainous sea witch she won’t let anyone get in her way of completing the Disney Princess 5K! With the Disney Princess 5K being a family fun run, this look is for a younger athlete in the family. 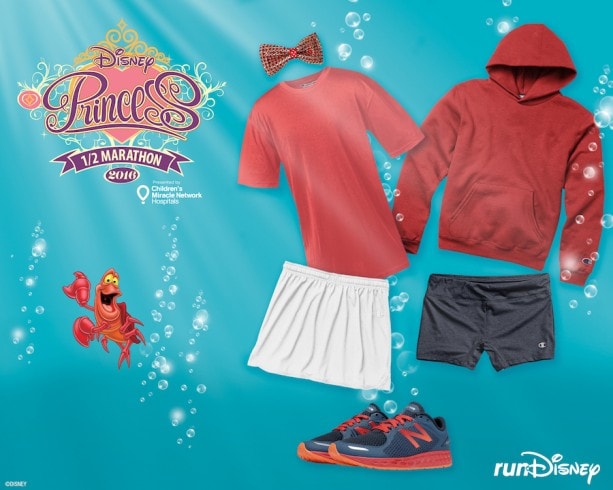 To learn more about our other runDisney races visit runDisney.com.