During eight Disney Fantasy sailings in early 2016, Star Wars Day at Sea transports guests to a galaxy far, far away — in the Western Caribbean. We’ve been talking with Disney cruisers who have experienced the Force during this epic day-long celebration, and here are the results of their top-five fan favorites: 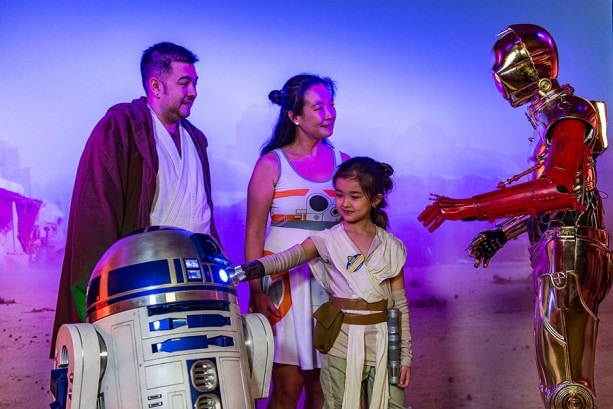 Darth Vader, Captain Phasma, Chewbacca, C-3PO, R2-D2, Boba Fett, Darth Maul, Stormtroopers and other characters from across the Star Wars galaxy are onboard for meet-and-greets and photos. Some may even be seen patrolling the decks! 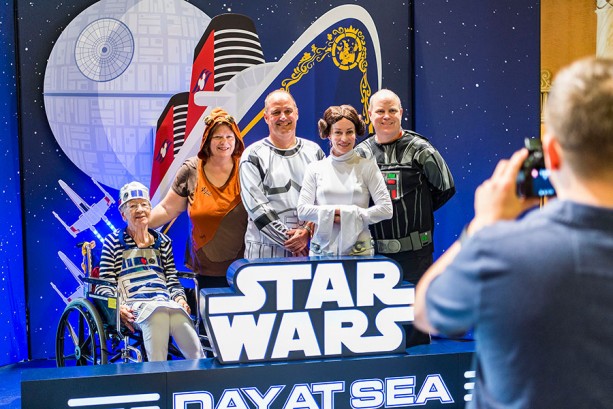 Families are encouraged to bring costumes and cosplay for this special occasion. From morning till night, you’ll see Star Wars character look-a-likes all throughout the ship, especially during the lively costume celebration in the ship’s atrium. You can watch all seven films in the Star Wars saga and follow Darth Vader, Luke, Leia, Han Solo, Rey and Finn along their epic journey. Also showing are episodes of the new Disney XD animated series, Star Wars Rebels. 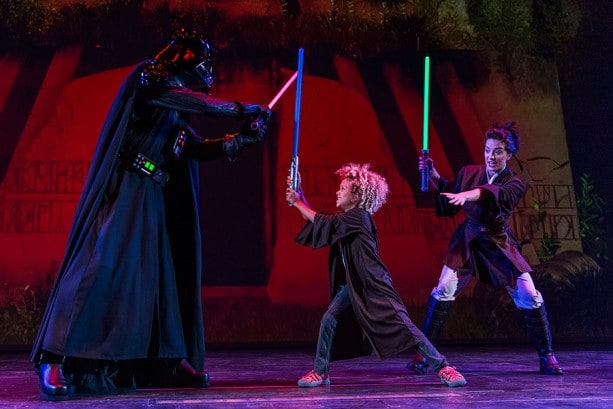 In “Jedi Training: Trials of the Temple,” Force-sensitive children learn the ways of the Jedi and put their skills to the test in a final battle with the Sith Lord, Darth Vader. 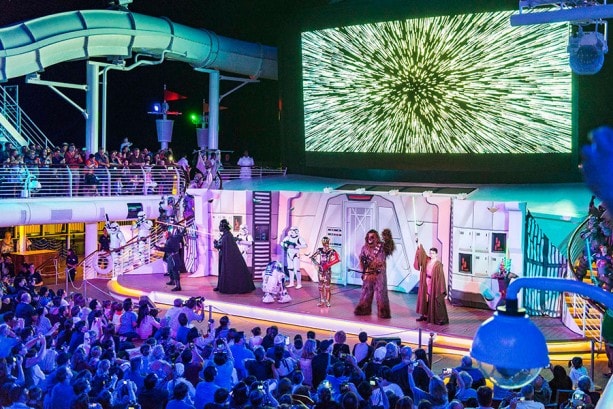 The day concludes when the “Summon the Force” deck party blasts off to an exciting evening filled with music, dancing and Star Wars characters. The grand finale is a spectacular display of pyrotechnics, lighting, sound effects and a medley of Star Wars music.