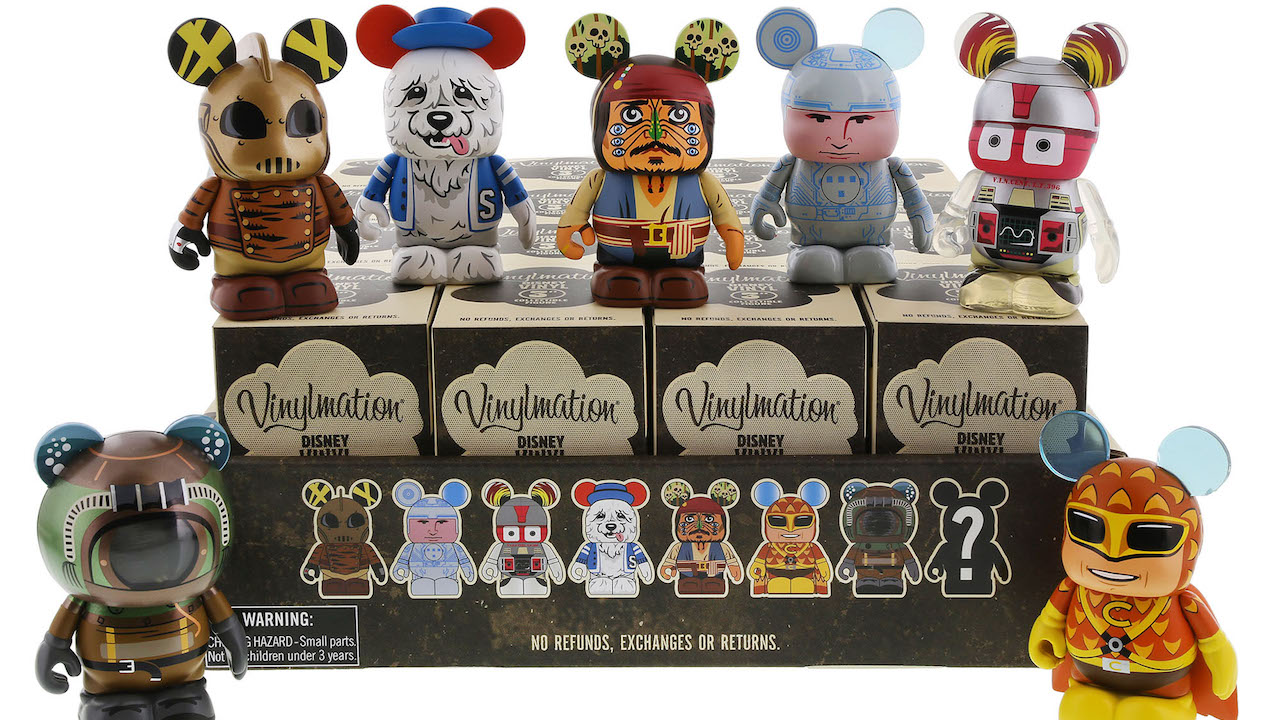 I’m a fan of classic Disney live-action films. If you are a regular reader of the Disney Parks Blog, you’ll know of my intense passion for Disney’s “Tron.” That film is just one of several I watched on VHS while growing up in Ohio. With that said, imagine my excitement for the release of Vinylmation Movieland Series 1 on February 19. This limited release mystery series has been in development for years and it has been worth the wait. 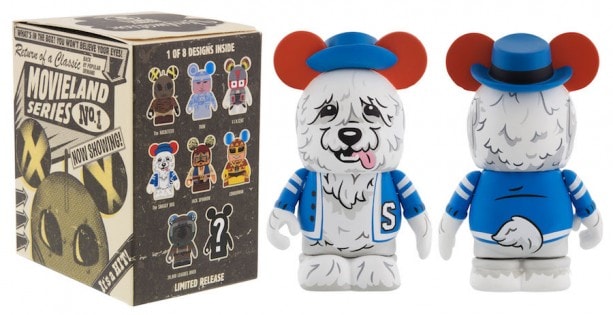 There are eight figures in this limited release mystery series – seven known designs and one mystery chaser figure. Each figure is presented in a decorative box resembling a vintage movie advertisement. Guests may also purchase an entire tray thus getting the entire collection. The Shaggy Dog figure shown above was designed by Disney Design Group artist Caley Hicks.

I prefer calling this series, “Characters I Never Thought I’d See as Vinylmation Figures,” but that title was too long. The series has some outstanding figures including The Rocketeer, whose Disney film celebrates 25 years this summer; and Captain Jack Sparrow from “Pirates of the Caribbean: Dead Man’s Chest.” Both figures were designed by Disney artist Casey Jones.

It’s wonderful to see V.I.N.Cent from Disney’s “The Black Hole.” A similar design was included with in-store artwork a few years ago; I’m delighted the figure is finally being released. Disney artist John Henselmeier created the artwork for the robot figure along with the diver figure from Disney’s “20,000 Leagues Under the Sea.”

Finally, I’d like to believe lead Vinylmation artist Thomas Scott created the final two figures especially for me. They include Tron and Condorman, the latter is from the 1981 film of the same name. I asked Thomas about the overall evolution of the series.

“We wanted to include Tron and the Rocketeer in the Vinylmation line for years,” explained Thomas. “We needed the right series for them which became [Movieland]. These figures rival the complexity and extreme detail we have put into other recent series. We selected characters from beloved Disney live action films that we thought would be fun to see on the Vinylmation Mickey platform. And yes, the Condorman figure was created for you. [laughs]”

Look for the series at Disney’s Pin Traders in Disney Springs Marketplace in Florida; D-Street at Downtown Disney District in California; and the Disney Parks online store.

Which Disney live-action film is your favorite?