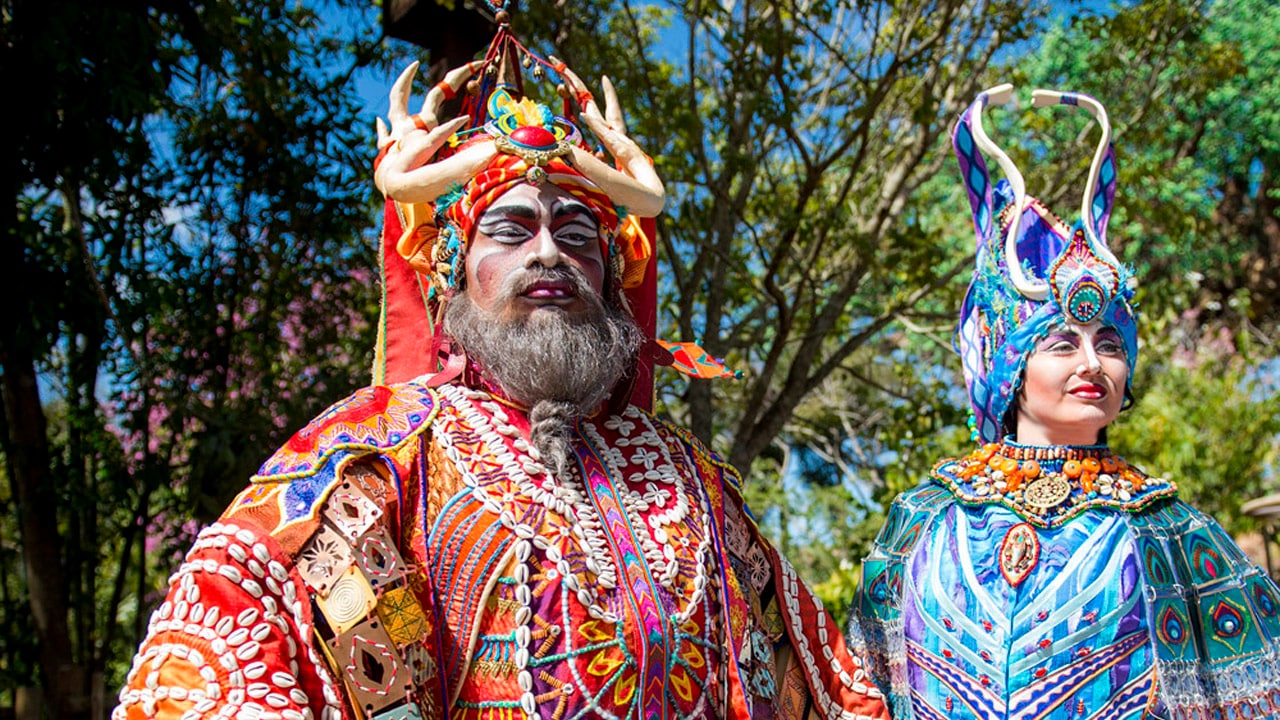 All in the Details: Creating ‘Rivers of Light’ Costumes

If you tuned into our live chat with “Rivers of Light” creatives Michael Jung and Mark Renfrow earlier this month, then you got an exclusive first look at two storyteller characters – Aseema and Aditya – who will appear in the park’s amazing new nighttime show. I have to say, these storytellers and the amazing costumes they wore were even more exquisite in person than the video could show!

The costumes were designed by Irina Kruzhilina, a New York-based costume designer working alongside Walt Disney Imagineering Creative Entertainment. The four human characters costumes in the show include: a pair of mystical storytellers and their acolytes (students). Each duo makes a ceremonial entrance at the top of the show in each of their respective village amphitheaters. They then make their way down to the water, where they set out on elaborate lantern vessels.

The four costumes combined feature 81 different embroidery motifs, 180 different fabrics and more than 250 various bead designs. Because the two storyteller characters, Assema and Aditya, transcend time and location, inspiration for the costumes was drawn from Native American, European and Far Eastern cultures. If you look close enough, you’ll notice that some beading appears as if it was handcrafted from stone and metal centuries ago – but the same costumes also feature modern glass work, blending time and culture together. The costumes for Ambu and Ketu, the acolytes, reflect the clothing of their teachers, but is more conducive to that of an apprentice with pants and sashes.

Will you see “Rivers of Light” when it opens at the park? Tell us in the comments section below.

Likes (4)
Share All in the Details: Creating ‘Rivers of Light’ Costumes