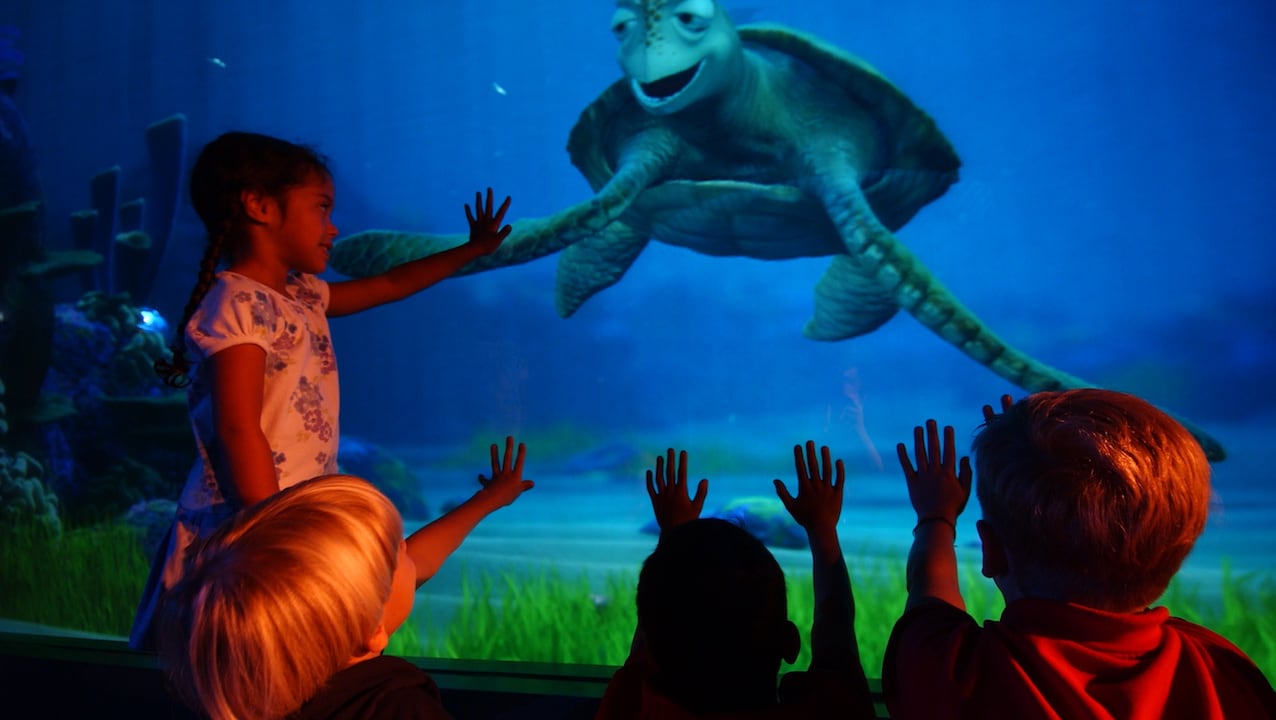 When Crush the sea turtle swims up to the “Human Tank” at either Epcot or Disney California Adventure park this summer, he’ll be joined by Dory and some of her new friends from Disney•Pixar’s “Finding Dory”! You’ll be able to meet Destiny the whale shark, Bailey the beluga whale and Hank the “septopus” (that’s a seven-legged octopus, of course!). Crush’s very own mini-man Squirt will also be swimming by for the first time, and you might even catch a glimpse of Nemo and his dad Marlin.

Disney•Pixar’s “Finding Dory” reunites everyone’s favorite forgetful blue tang, Dory, with her friends Nemo and Marlin on a search for answers about her past. What can she remember? Who are her parents? And where did she learn to speak whale? Directed by Andrew Stanton (“Finding Nemo,” “WALL•E”) and produced by Lindsey Collins (co-producer “WALL•E”), the film features the voices of Ellen DeGeneres, Albert Brooks, Ed O’Neill, Kaitlin Olson, Ty Burrell, Eugene Levy and Diane Keaton.

“Finding Dory” swims into theaters June 17, 2016, and you can find all these new additions at “Turtle Talk with Crush” beginning in early-May.