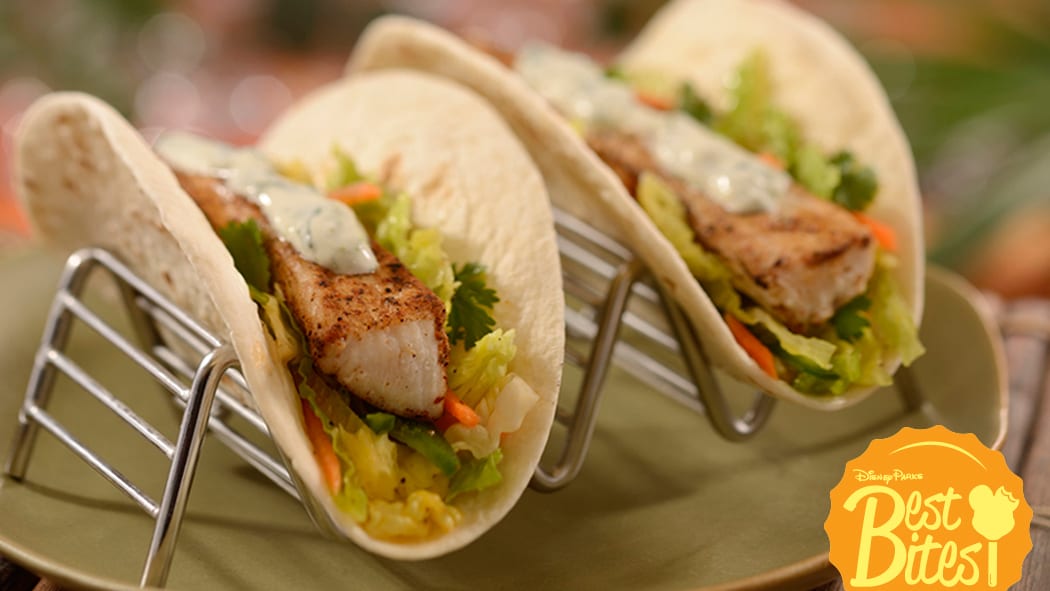 Spring is in the air at Walt Disney Parks & Resorts! The Epcot International Flower & Garden Festival is in full swing at Walt Disney World Resort and the Disney California Adventure Food & Wine Festival is days away. Lots of exciting things are happening with Disney Parks Food & Beverage, so let’s get into the March edition of Best Bites.

At Disney’s Animal Kingdom, many of the kiosks have gotten new names and a few new menu items. We love the Smoked Cheddar Grits with pulled pork and bread-and-butter pickles from The Smiling Crocodile.

Also at Disney’s Animal Kingdom, some tasty new menu items have been added to Flame Tree Barbecue. Look for a Full Rack of St. Louis Ribs, a Roasted Chicken with Mixed Greens Salad, a delicious salad with pecans, apple wedges and cheddar, a Ribs, Chicken and Pulled Pork Sampler entrée served with jalapeno cornbread, slow-baked beans and coleslaw in addition to a new side—French Fries with Pulled Pork and Cheese.

Have you heard? There’s a sweet new way to view ‘World of Color – Celebrate!’ at Disney California Adventure park. The World of Color Dessert Party takes place nightly, giving guests a relaxing place to sit and enjoy a decadent dessert plate while taking in spectacular views. Reservations are available by visiting Disneyland.com/dine or calling 714-781-DINE.

The Disney California Adventure Food & Wine Festival is only days away – have you booked your premium experiences yet? Space is limited for Celebrity Kitchen and Beverage Seminars, learn more or make your reservation by visiting Disneyland.com/foodandwine.

IllumiNations Sparkling Dessert Party at Epcot has a new addition to its lineup of sweet treats and sparkling wines. In addition to traditional baklava from Morocco, pistachio cannoli from Italy and more, there is now a nacho bar.

Pecos Bill Tall Tale Inn & Café in Magic Kingdom Park has added a finger-lickin’ good Beef Nachos and a Southwest Burger topped with Pepper Jack cheese, served with a side of tortilla chips to its menu. Eye-Haw!

Also in Magic Kingdom Park, Casey’s Corner has recently started serving your favorite dogs like Barbecue Slaw and Chili-Cheese which are now available in foot-long size in addition to the standard size. Batter up!

Additional dates have been added for Club Villain at Disney’s Hollywood Studios, extending Saturdays until May. Learn more about the devilishly fun experience here.

Did you know there are three festival-exclusive brews at this year’s Epcot International Flower & Garden Festival? Look for Shipyard Maple Bacon Stout at THE SMOKEHOUSE: Barbecue and Brews, Feast to Flowers Farmhouse Ale by the Florida Beer Company and Sea Dog Acai Hefeweizen at Florida Fresh. The festival is taking place now through May 30.

Are you dining at Walt Disney World or Disneyland Resort next month? Where are you looking forward to eating? Let us know in the comments below!