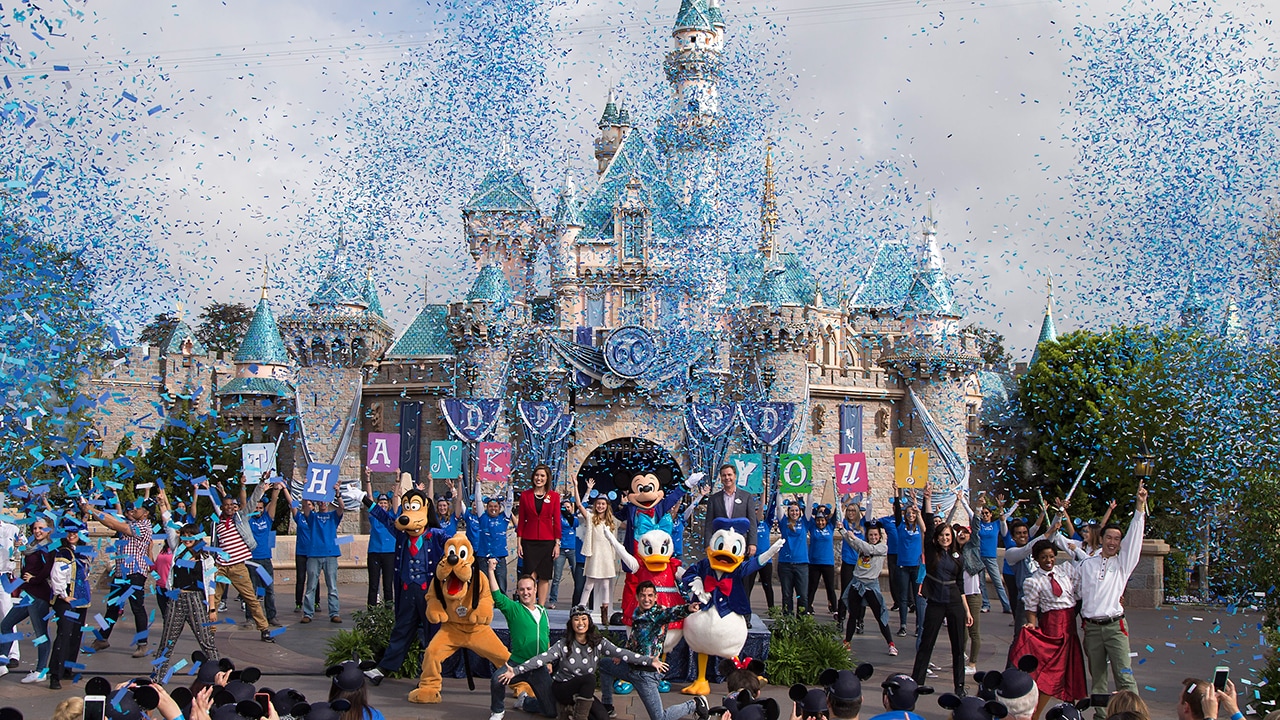 Disney Parks Doubles Make-A-Wish Donation to $2 Million, Thanks All Who Participated in #ShareYourEars

On Monday, March 14, Make-A-Wish® volunteers, wish families and wish granters gathered in front of Sleeping Beauty Castle at Disneyland park to celebrate the massive success of the global #ShareYourEars campaign. During this special thank-you celebration, Disney Parks announced that we will double our original donation from $1 million to $2 million in recognition of the overwhelming support from fans around the globe! Take a look back at some highlights from this special moment.

To honor the 100,000th Disney wish granted globally, and in celebration of the Disneyland Resort Diamond Celebration, fans were invited to share images of themselves wearing Mickey Mouse ears or their creative interpretations of ears. Photos uploaded with the hashtag #ShareYourEars unlocked a donation from Walt Disney Parks and Resorts.

“We were overwhelmed by the response to Share Your Ears,” said David Williams, president and CEO of Make-A-Wish America. “The campaign not only raised valuable funds for wish granting, it allowed us to engage with both current Make-A-Wish supporters and those who learned about us for the very first time. We now have a worldwide community who is more enthusiastic about our unique relationship with Disney than ever before.”

For more than 35 years, Disney and Make-A-Wish have granted the wishes of children with life-threatening medical conditions, touching millions of people around the world. Nearly 8,000 Disney-related wishes are granted worldwide every year – including experiences at Disney theme parks, voyages on Disney Cruise Line, meetings with Disney characters, and visits to TV and movie sets – making Disney the most popular request by Make-A-Wish children.

Jon Stettner, president and CEO of Make-A-Wish International said: “We are grateful to Disney and the hundreds of thousands of fans around the world who shared their simple, artistic and sometimes even wacky ears. It’s because of you that wish kids and families experience the life-changing power of a wish-come-true.”

Likes (30)
Share Disney Parks Doubles Make-A-Wish Donation to $2 Million, Thanks All Who Participated in #ShareYourEars