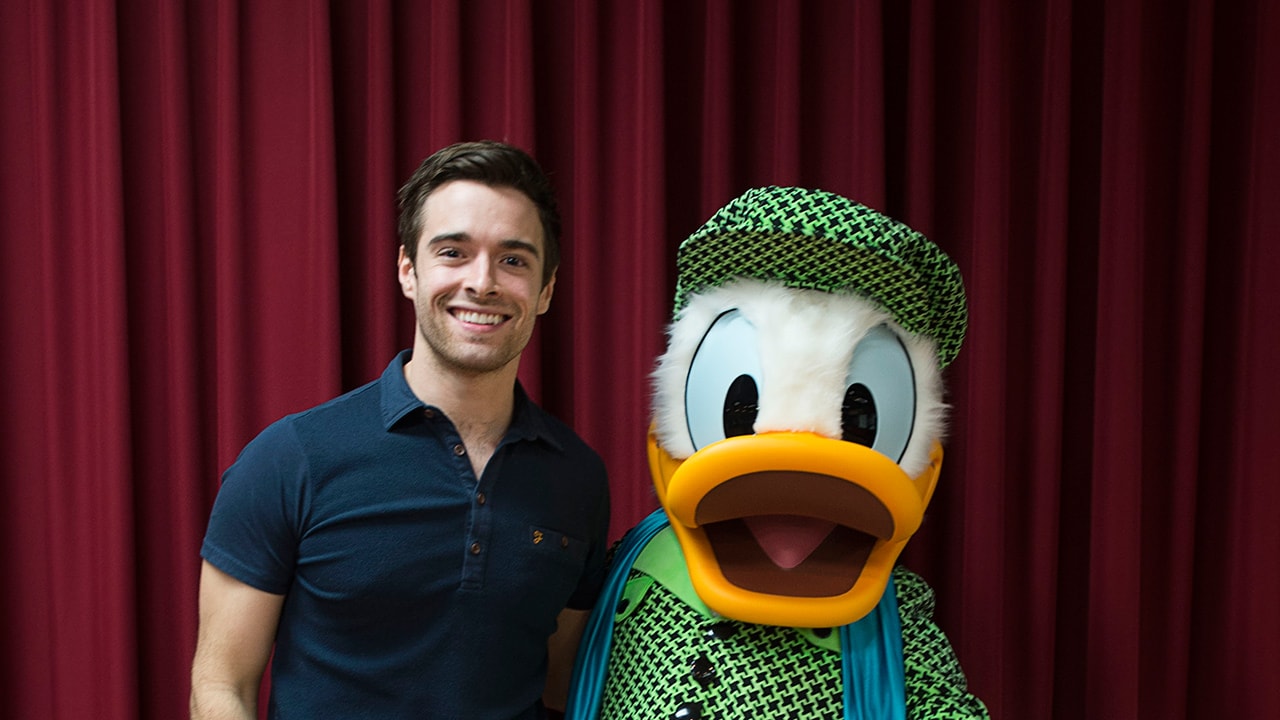 As a former middle-school teacher, I know there is nothing more rewarding than seeing students excited about what they are learning in the classroom. This past weekend I had the chance to relive a bit of that classroom magic thanks to a Disney Performing Arts Workshop surprise visit by Corey Cott, former star of the Disney on Broadway production, “Newsies”! 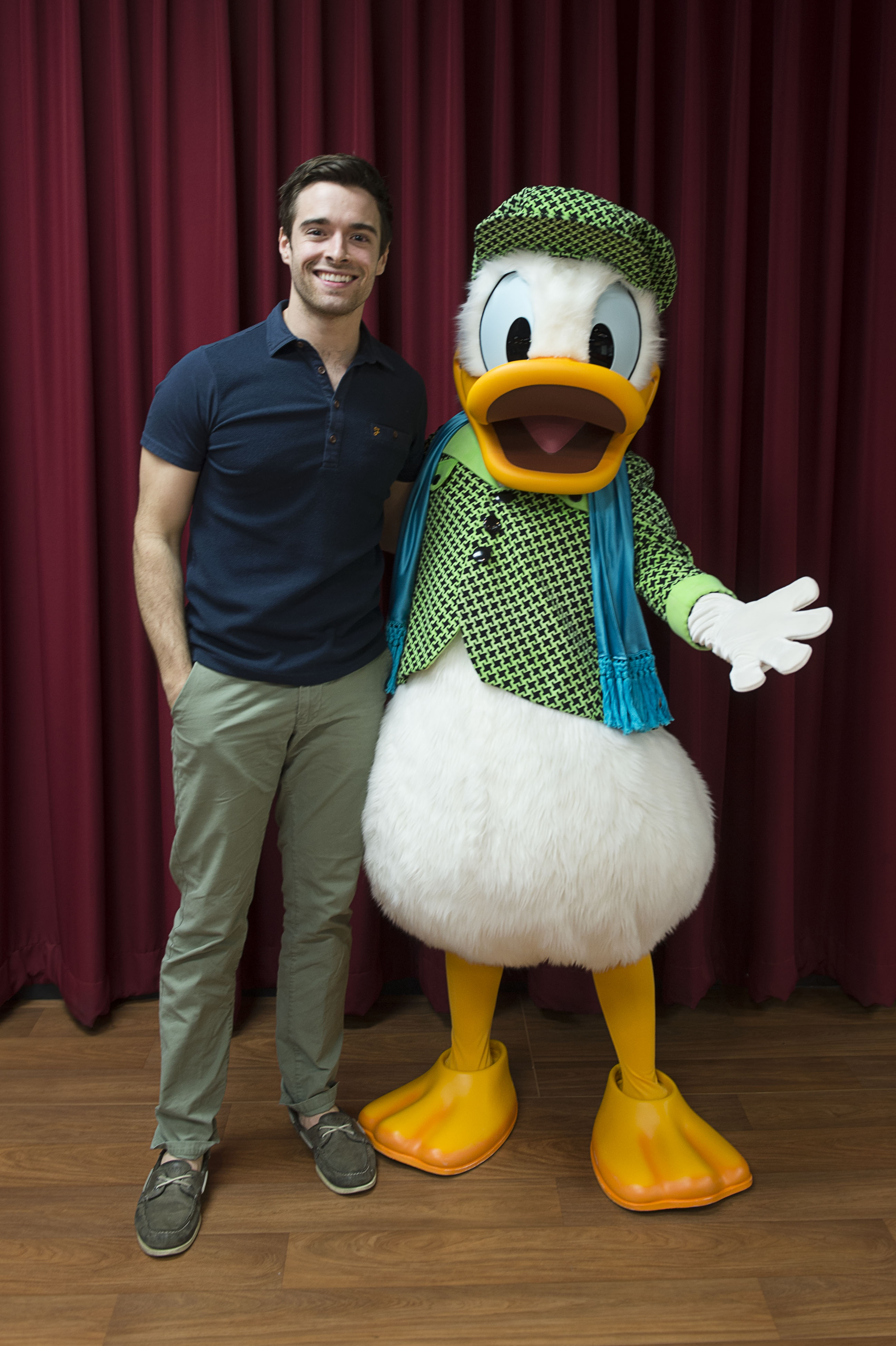 Corey Cott’s connection to Disney Performing Arts began as a high school student back in 2008, when he attended the “Disney Sings” workshop at Walt Disney World Resort— a workshop that allows students to immerse themselves in Disney vocal performance magic. Since then, Cott officially joined the Disney family when he played the lead role of Jack Kelley in “Newsies” on Broadway from 2012-2014.

During a recent family vacation to Walt Disney World Resort, Cott’s Disney experience came full-circle when he surprised high school students from J.M. Tate High School in Cantonment, Fla. with a special visit during their “Disney Sings” workshop at Epcot. He shared his Disney story, as well as tips for students considering a career in performing arts. 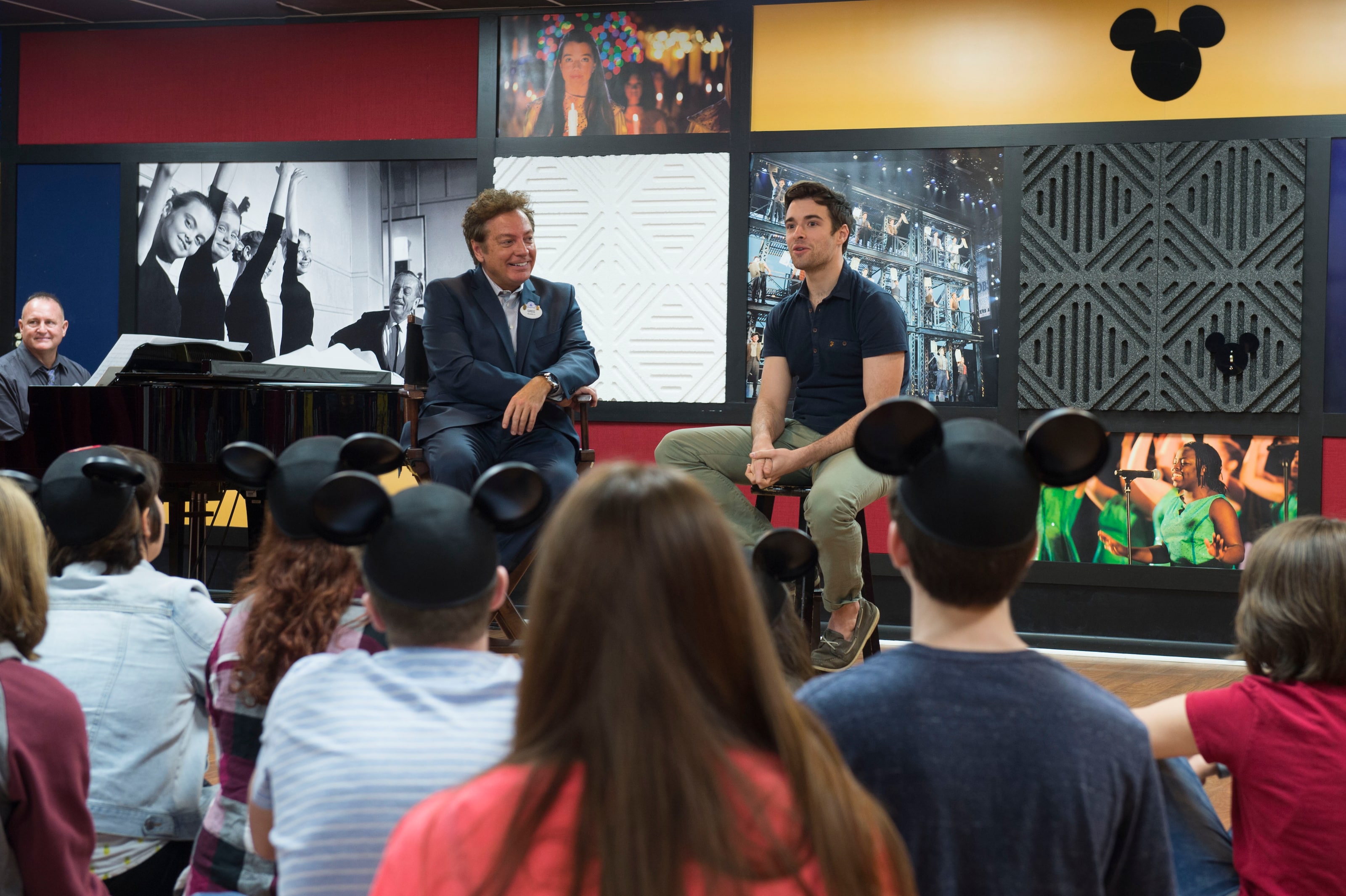 Cott also explained that his affinity for Disney played a significant role in his aspiration to perform. In fact, he loves Disney so much that he spent his honeymoon at Walt Disney World Resort in 2013! And, signed up his whole family – including himself – to run in the 2016 Disney Princess Half Marathon with his wife while here on vacation.

It was a special moment, watching the students’ eyes light up as Cott shared his experiences and encouraged them to follow their dreams. Moreover, it is always a joy to have Disney Performing Arts alumni return to share their story with future performers of the Arts!