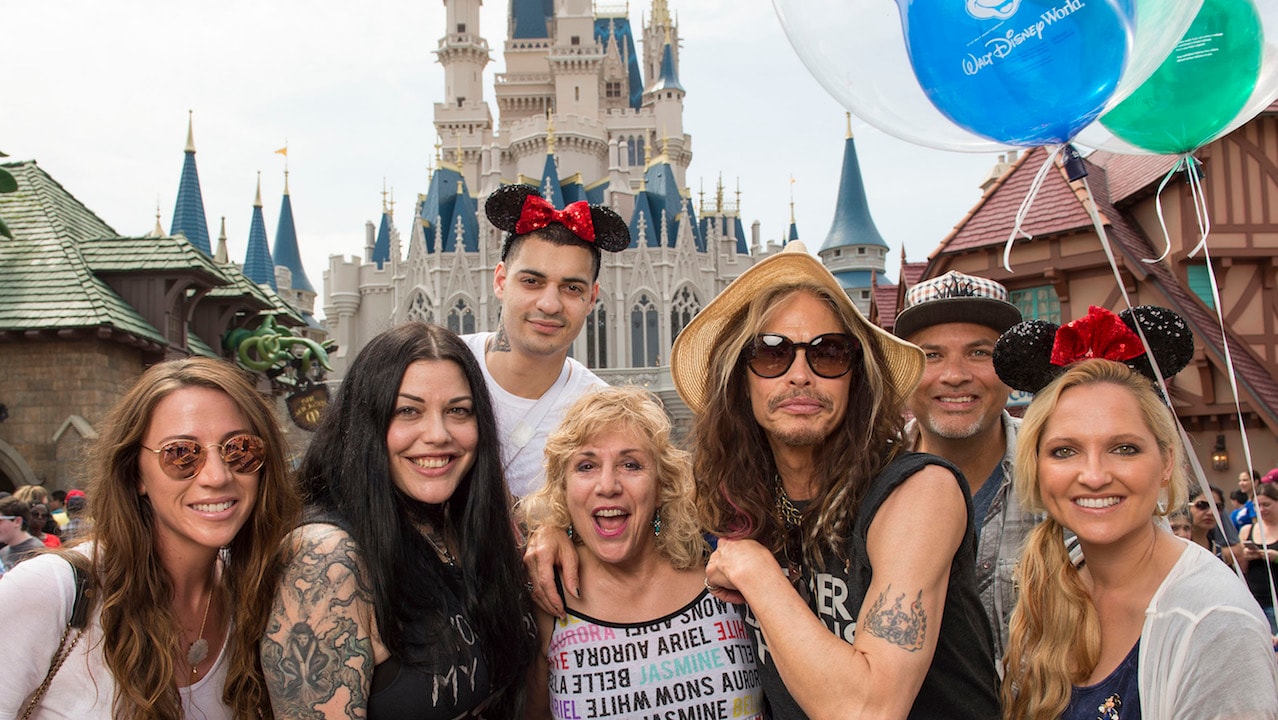 Everyone’s favorite rock super star, Steven Tyler, came to Magic Kingdom Park on Saturday to celebrate his birthday with friends and family. Who wouldn’t want to celebrate at “The Most Magical Place on Earth”? Steven’s been working on a new country music album set to release later this year. His second single, “Red, White & You,” just released in January.

Thanks to photographer David Roark for the great shot!