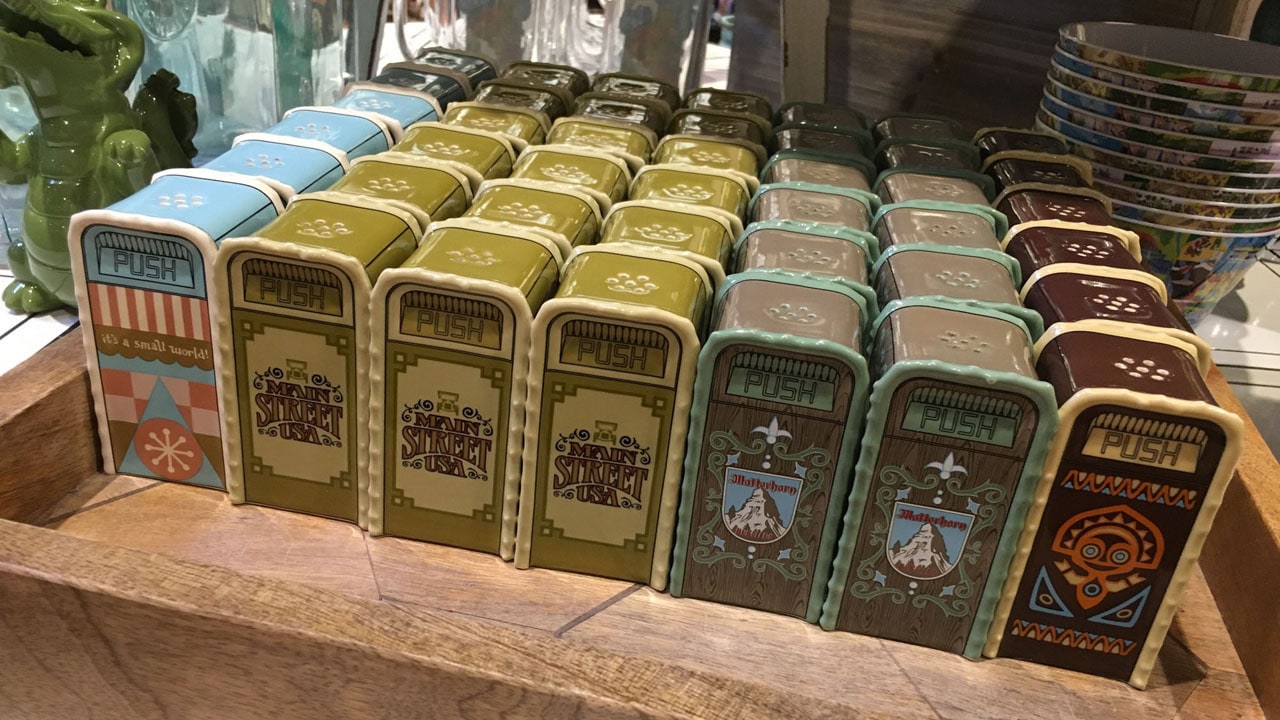 Some of my favorite merchandise created by the Disney Theme Park Merchandise team features artwork inspired by classic attractions, themed lands or icons found at Disney Parks. Here are a few images of new or upcoming products that I love!

The second wave of salt and pepper shaker trash cans was recently released at Disney Parks. You may recall the first wave was introduced in 2014 at Disney Centerpiece in the Marketplace Co-Op at Disney Springs Marketplace. This new wave includes trash cans that resemble actual trash cans found in the Fantasyland Area at Disneyland park or at Disney’s Polynesian Village Resort.
Later this summer, you’ll find holiday ornaments that also resemble these trash cans. You can get a glimpse of them in this Disney Parks Blog Unboxed video from last December. 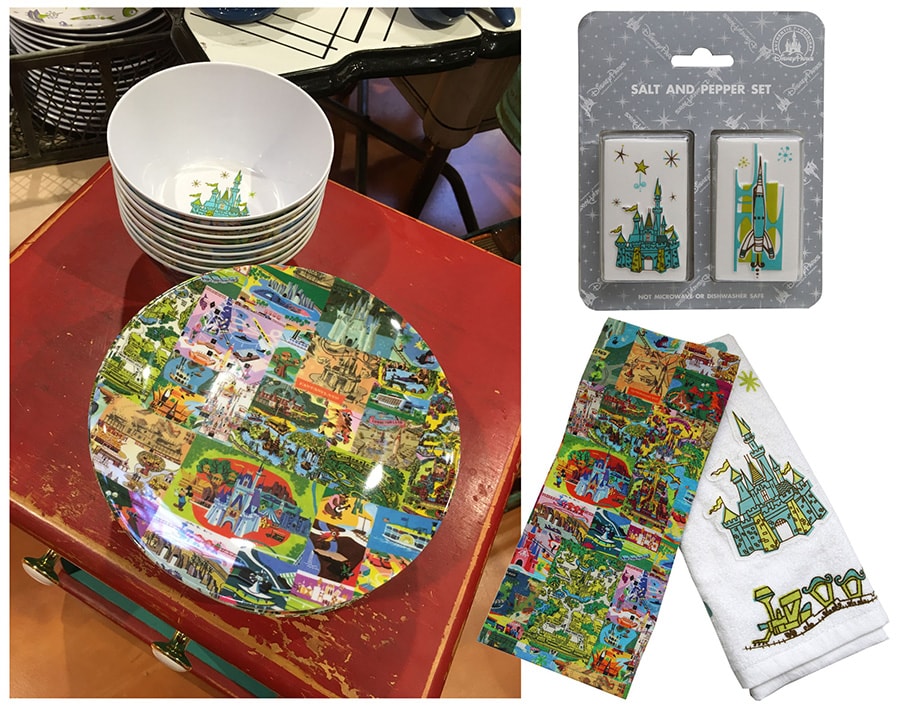 A map with icons and attractions from Disneyland park or Magic Kingdom Park are featured on a bowl and 7-inch plate. Soon, guests will find matching kitchen towels and a salt and pepper shaker set. 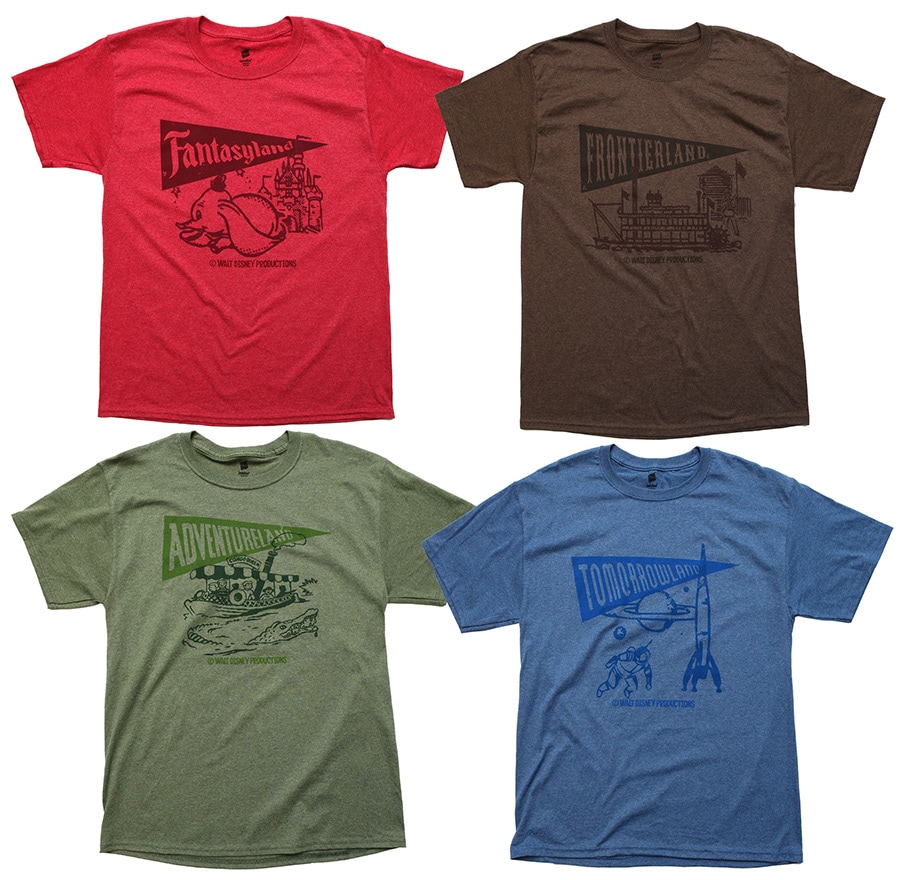 I love the four new Hanes Comfort-Blend tees that have vintage artwork from themed lands at Disneyland park. The artwork includes “Walt Disney Productions,” which the name of The Walt Disney Company before it was changed on February 6, 1986. 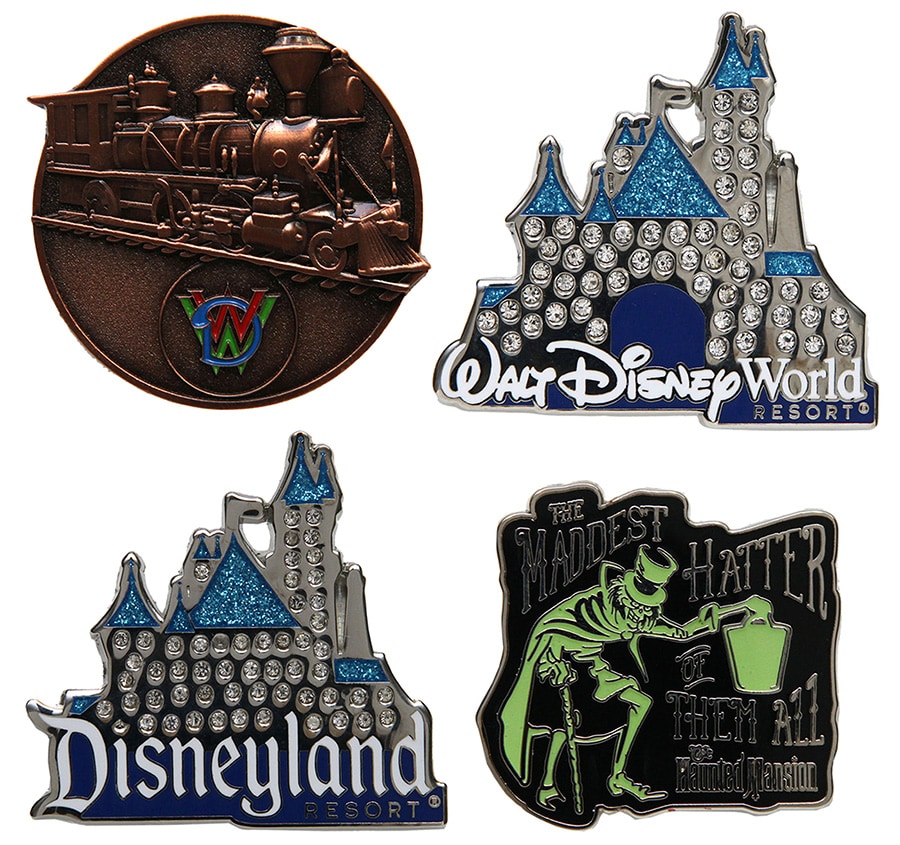 Finally, there are four open edition pins which I thought were neat. The two pins that sparkle were inspired by pins created for the Disneyland Resort Diamond Celebration. The other pins two feature the Walt Disney World Railroad and the Hatbox Ghost from The Haunted Mansion attraction at Disneyland park. Look for these pins in the coming months.

You may be able to find select items via the Disney Parks online store. I always check the “New Arrivals” page each week to see what has been added. Another option for purchasing select items is using the free Shop Disney Parks mobile app which you can download by visiting http://www.DisneyWorld.com/Shop.
Which items are your favorites?