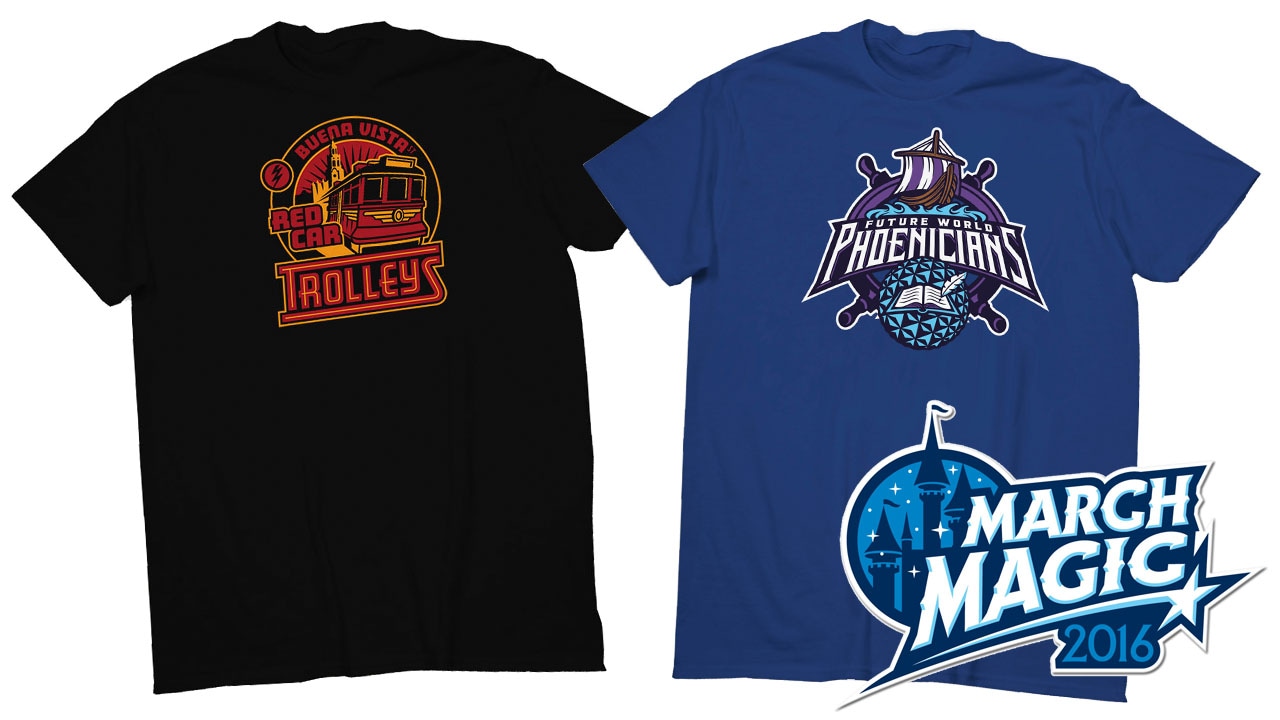 Cheer on your favorite March Magic 2016 teams with limited release products created especially for the Disney Parks online store. From March 15 to April 10, we will release a series of 32 team shirts featuring Disney attraction logos created by Disney Design Group artists. These limited release Hanes Nano t-shirts will ship in 3-5 weeks once ordered (express shipping is not available). Look for a special promotion for these shirts – buy two shirts for $44.00 (plus tax).

In addition to shirts, guests will also find posters measuring approximately 24” by 30”. Posters will ship in 12-14 days once ordered. Select teams will also have products such as tote bags, blankets and mugs available in later rounds.

Here are the dates that the March Magic team items will be available on the Disney Parks online store at http://www.disneystore.com/MarchMagic. There were two teams that didn’t make the cut this year. We, however, loved the designs so much they became additional products for March Magic 2016. The Adventureland Dole Whip represents Disneyland Resort while the Adventureland Swirl is for Walt Disney World Resort. The image above shows how numbers will be printed on the backs of team shirts this year. The numbers will represent opening dates or other numbers of significance (think “999” for Gracey Manor Ghouls). If I wasn’t cheering for the Future World Phoenicians (Thank you!), I’d be voting for the happy little Orange Bird to go all the way.

Starting March 15, you can vote for the ultimate Disney attraction at either Walt Disney World Resort in Florida or Disneyland Resort in California. Attraction match-ups will be posted on our official Facebook and Twitter accounts for Disneyland and Walt Disney World Resorts. Check back often to see how your team progresses throughout the tournament.