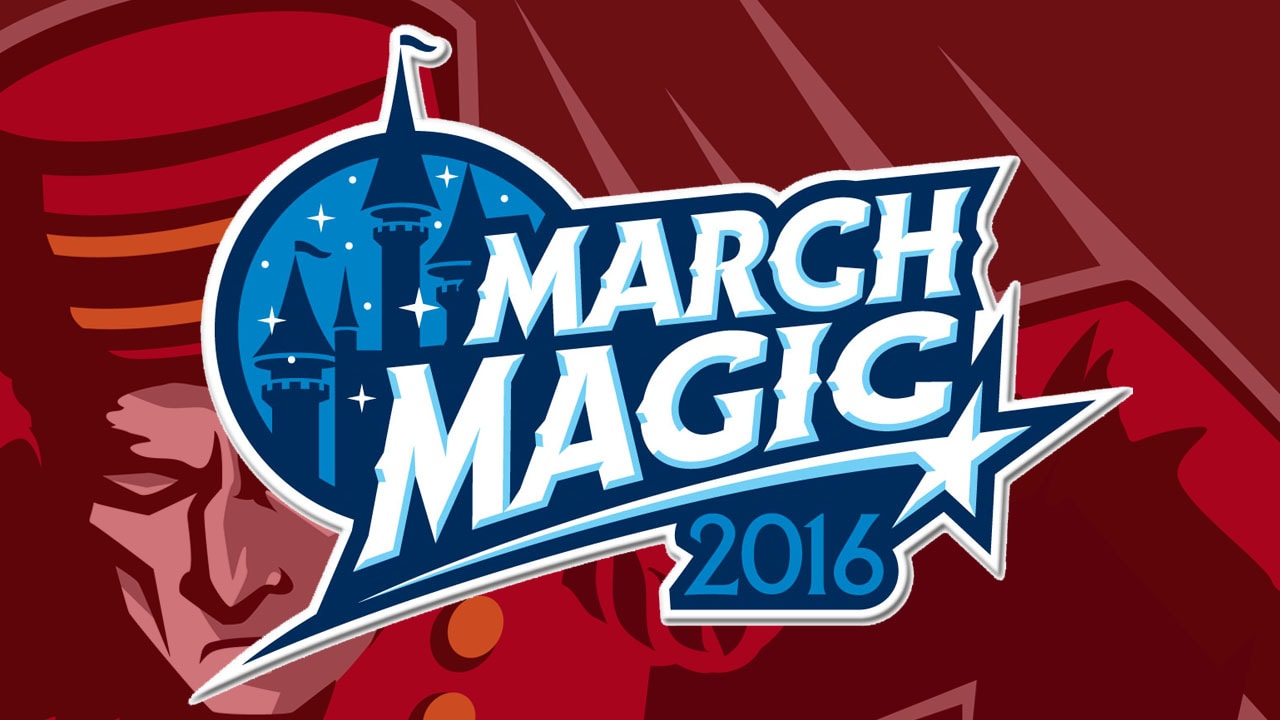 Congratulations to the Hollywood Tower Hotel Bellhops from Walt Disney World Resort for being selected as the ultimate Disney attraction during the March Magic 2016 challenge. The Bellhops defeated the Caribbean Cannonballs from Disneyland Resort in the championship match-up on April 5. The March Magic 2016 challenge began in mid-March with a mix of 32 Disney attraction-inspired teams from Disney Parks. Disney fans voted for favorite teams on the official Facebook and Twitter accounts for Disneyland and Walt Disney World Resort. 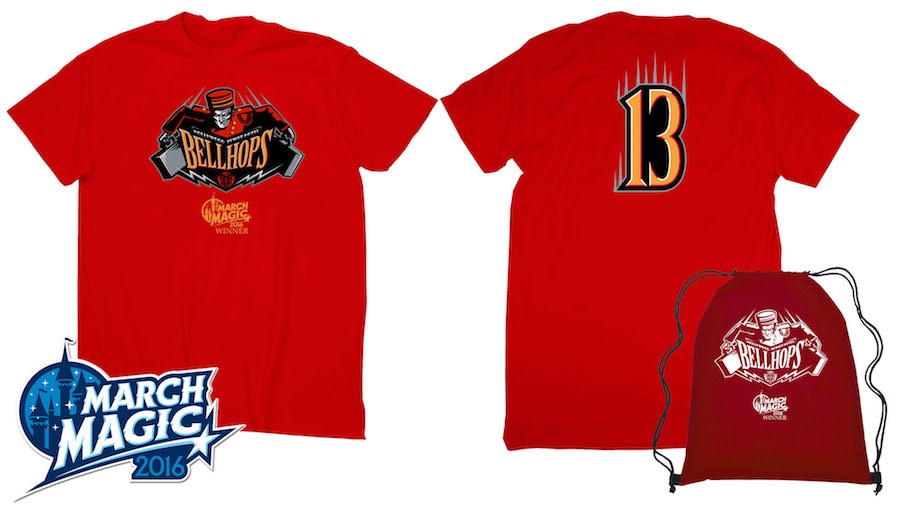 To celebrate this year’s March Magic 2016 champion, we’ll have a specially designed winning attraction shirt and sports bag on our Disney Parks online store. These limited release items will be offered from April 8-10 at DisneyStore.com/MarchMagic.

We’ll also be offering a set of pennants stickers featuring all the teams from this year’s challenge on the Shop Disney Parks mobile app starting Friday, April 8. To download the app, please visit DisneyWorld.com/Shop.

Thank you to the many Disney fans who participated in March Magic this year. It was fun reading the comments and watching the voting take place these past few weeks.