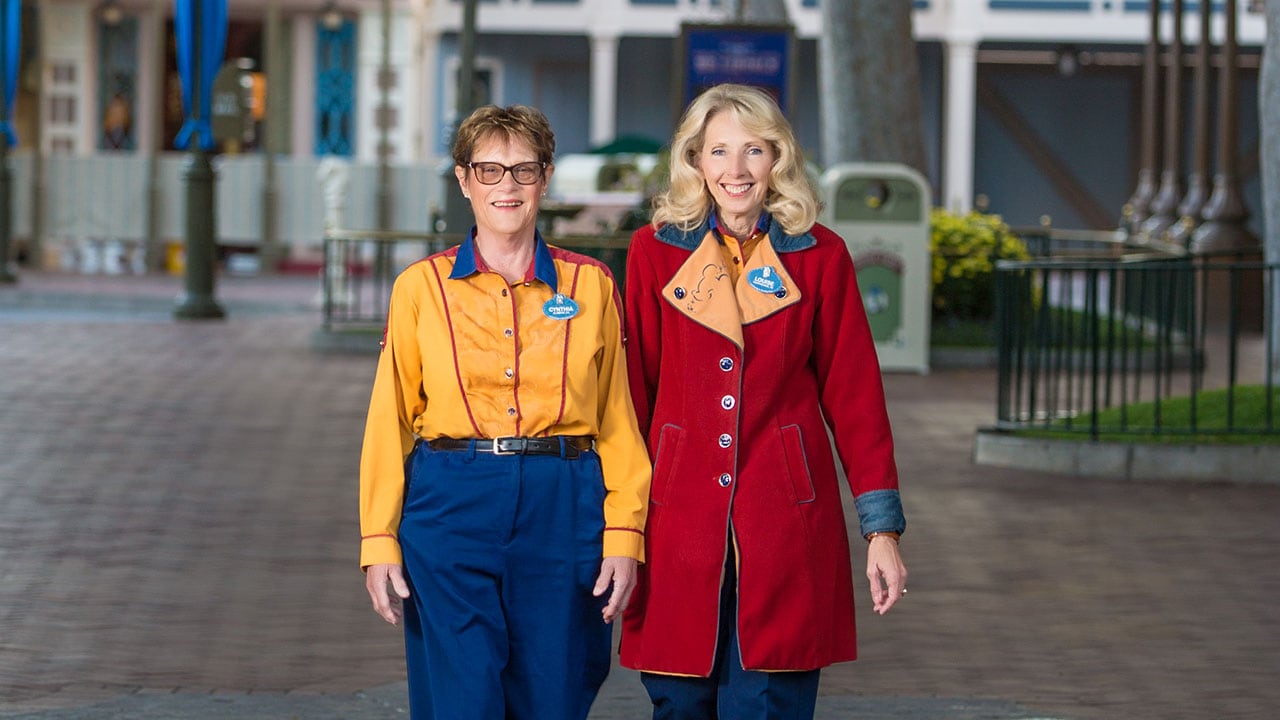 In 1966, Louise Stewart and Cindy Vallerga-Brown were just out of high school, and transplants to Southern California, when they decided to apply for jobs at Disneyland. The two 18-year-olds — who didn’t know each other at the time — were offered positions as ticket-takers at the Disneyland Resort Main Entrance and eagerly accepted, thinking it would be a good job to have while in college. A half-century later, these good friends are celebrating their 50-year service anniversaries together at the Disneyland Resort. 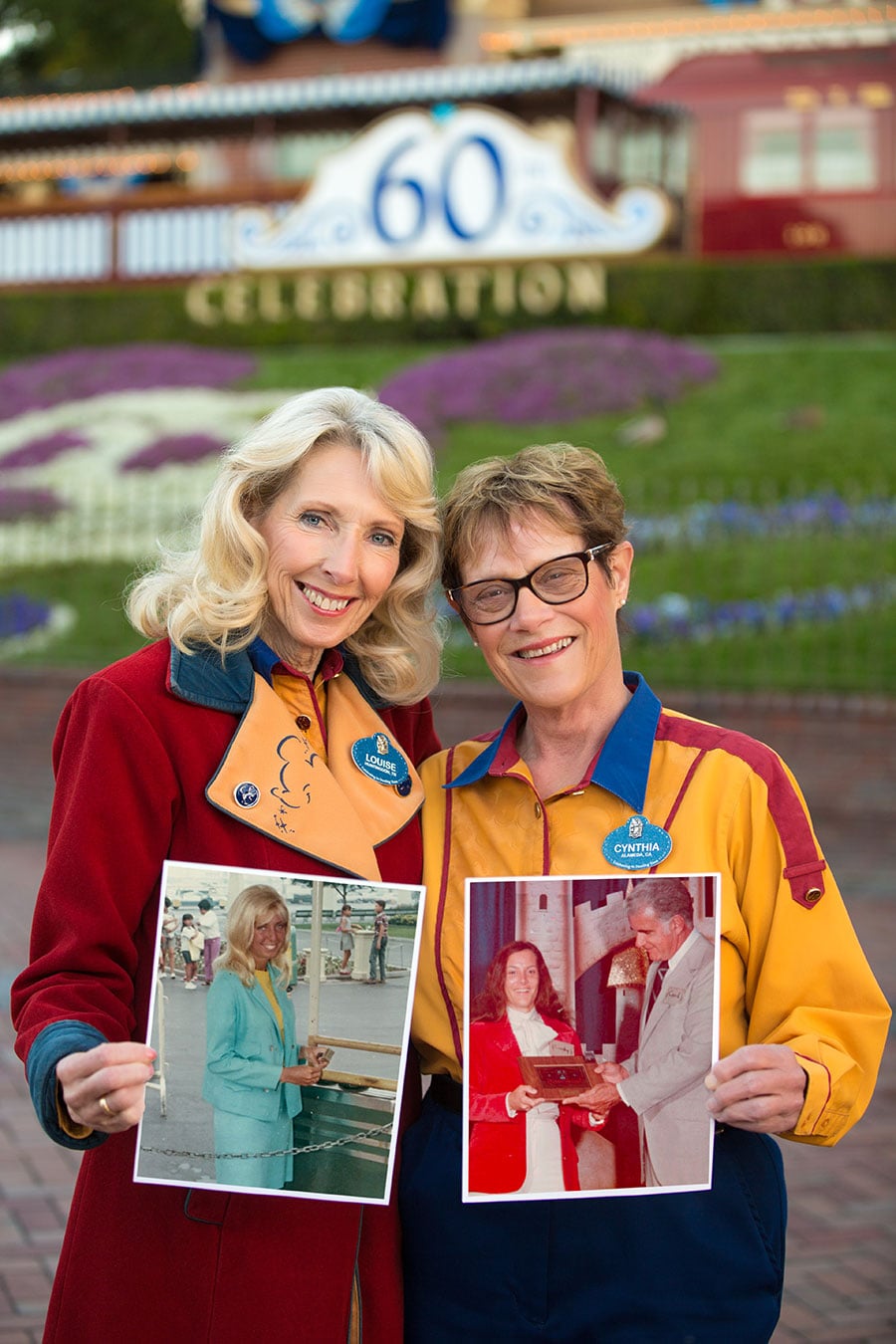 “We’ve been through so much together,” says Louise, who on March 5 became the first female Disneyland Resort cast member to mark 50 years at the resort. The two women were honored at a celebration in the Main Street Opera House in March, days before Cindy marked the same service anniversary milestone earlier this month.

Both women cite many of the same career highlights, chief among them meeting Walt Disney when he stopped by to personally thank them for working on a holiday. “I didn’t even realize it was him until he walked away and I saw a little boy ask for his autograph,” Cindy says. “I had only seen him on black-and-white TV!”

Another memorable moment they share was being surprised with the Walt Disney Legacy Award in 2011, the program’s inaugural year. “It’s still an unbelievable honor to know that people see us in this light,” Cindy says. Both women worked at other jobs outside of Disney over the years, but they never left the jobs they loved and eventually went full time. Cindy became a vacation planner and moved to a ticket booth, while Louise continued as a greeter/ticket taker. Neither has any immediate plans for retirement.

“I’ve always liked working for the Disneyland Resort. The difference is that now, I love it,” Cindy says. “This was my summer job. It’s just been a really long summer.”

Destinations: Disneyland Resort Cast Members Louise Stewart and Cindy Vallerga-Brown Have Been Happily Working the Main Entrance Together for 50 Years