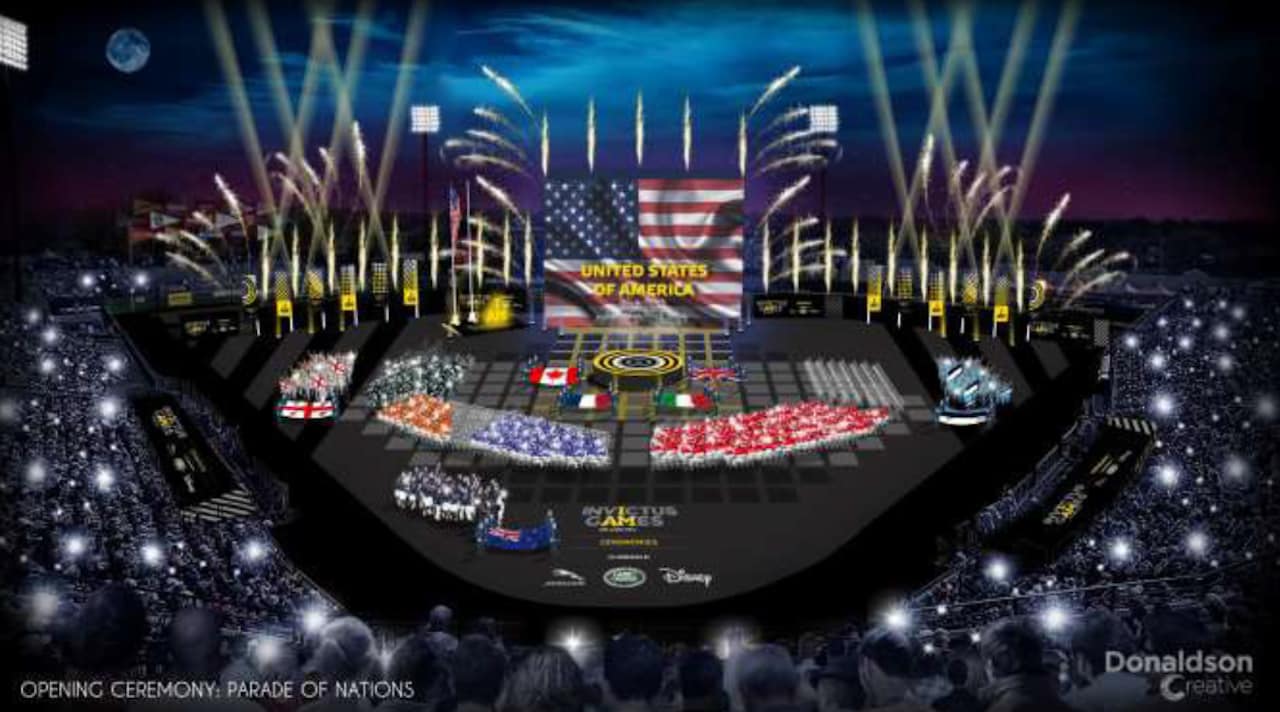 We have more details to share with you about the upcoming Invictus Games Orlando 2016 coming to ESPN Wide World of Sports Complex at Walt Disney World Resort next month.

The Games announced today its two newest celebrity ambassadors – Shawn Johnson and Derek Hough of Dancing with the Stars fame. Both are expected to attend the Games. The Opening Ceremony is partly being produced by the same company that did the opening ceremonies for the 2014 Invictus Games and 2012 London Olympics and will feature musical performances by James Blunt and Laura Wright, in addition to appearances from Prince Harry and First Lady Michelle Obama, with more names still to be announced.

The opening event on May 8 inside Champion Stadium also will include majestic performances inspiring stories of the competitors and additional music acts, all televised live on ESPN2.

To give you an idea of the pageantry of the Opening Ceremony, here’s a peek at two newly-released renderings of the event’s stage. 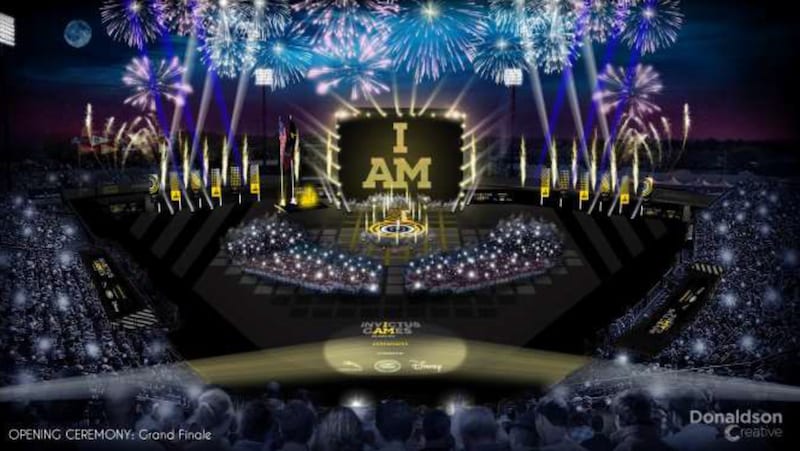 Also, much like the traditional relay of the Olympic torch to the competition site, the official Invictus Games Flag has begun its ceremonial tour which started at London’s Buckingham Palace and made its first U.S. stop on Tuesday in New York City. The flag is scheduled to arrive to great fanfare at Walt Disney World Resort just before the Games begin.

The Invictus Games Orlando 2016 takes place May 8-12 and will feature more than 500 injured military veterans and active duty personnel from 14 countries competing in 10 events.

Tickets are on sale now, starting at $18 for adults and $13 for children (ages 3-9), seniors (60-over) and military personnel. Children under 3 are free. Opening Ceremony tickets are $65 for adults and $45 for children, seniors and military personnel (Closing Ceremony tickets will be available at a later date). Tickets are available at all Ticketmaster outlets and at www.invictusgames2016.org/tickets.