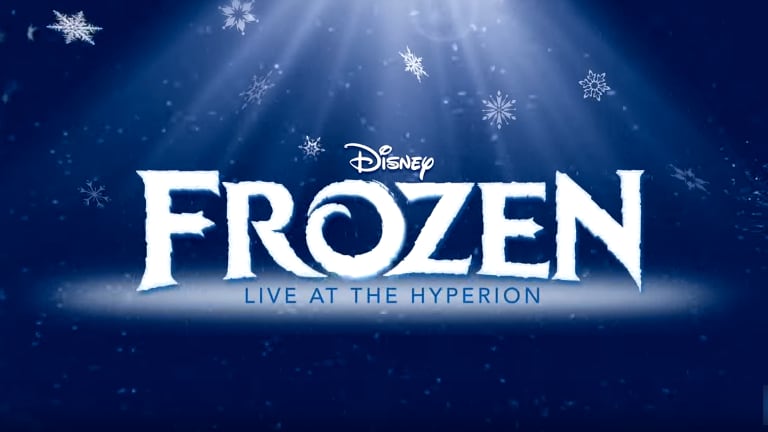 As we get closer to the May 27 opening of “Frozen – Live at the Hyperion,” work continues behind the scenes to bring to the stage this all-new musical presentation, unlike any seen before at Disneyland Resort. The team at Walt Disney Imagineering Creative Entertainment partnered with Tony Award-nominated scenic designer Robert Brill (“Guys and Dolls,” “Cabaret”) to produce set pieces that will help bring the story of “Frozen” to life in a unique way.

From the moment you enter the theater, you’ll be immersed in the world of “Frozen” and led on an emotional journey with Anna and Elsa. Just as doors kept the sisters separated from one another and the outside world in the animated film, doors play a significant thematic role in our telling of “Frozen – Live at the Hyperion,” and as the story plays out, the use of large mobile set elements and state-of-the-art projection technology provides a cinematic quality to the action on stage.

In this video, Technical Director Mitch Atkins gives us another glimpse at some of the thrilling work in progress.

When the set pieces are combined with lighting and sound design, special effects and the remarkable performances of the cast, the complete production will transport you to the Kingdom of Arendelle for a truly unforgettable hour of theater.

Keep checking Disney Parks Blog. We’ll have more peeks behind the curtain soon, as we continue preparations for the world premiere of “Frozen – Live at the Hyperion” on May 27, 2016!