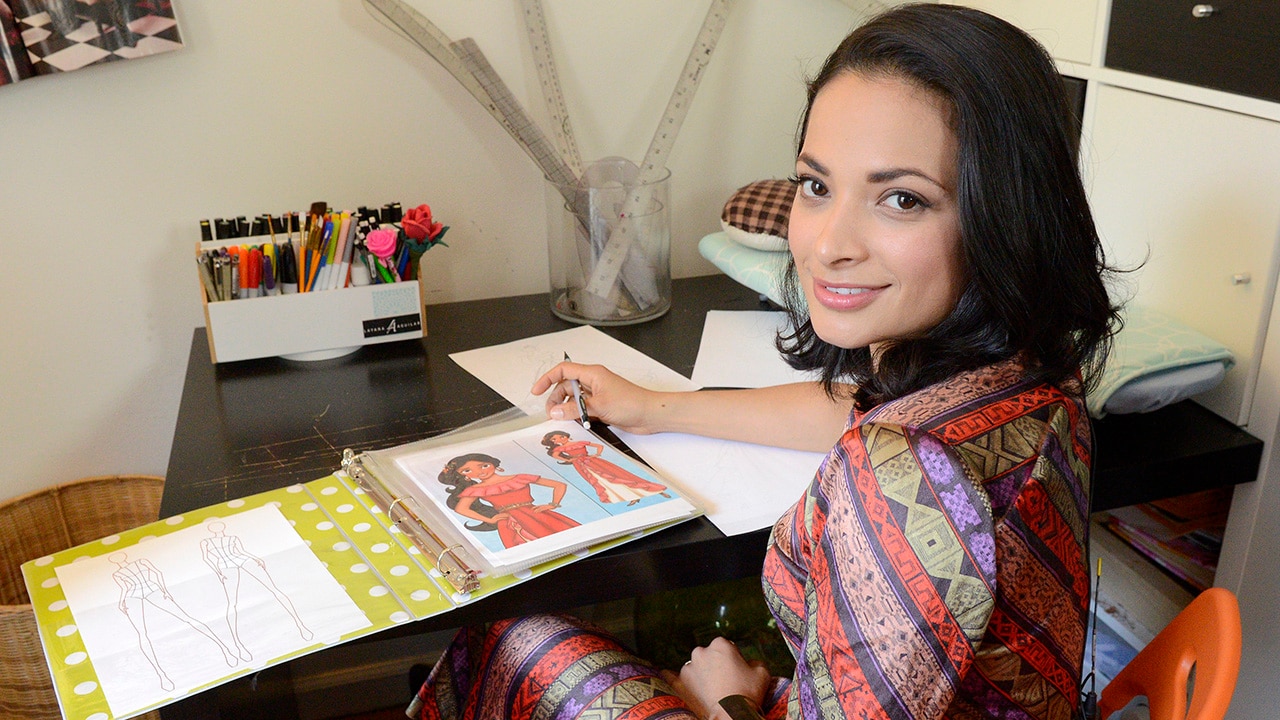 Since we announced that Princess Elena was coming to Disney Parks, we have received a lot of questions about her, including what her vestido will look like!

And we are thrilled to present the recently unveiled ballgown that la Princesa Elena is going to wear in Disney Channel’s “Elena of Avalor.” 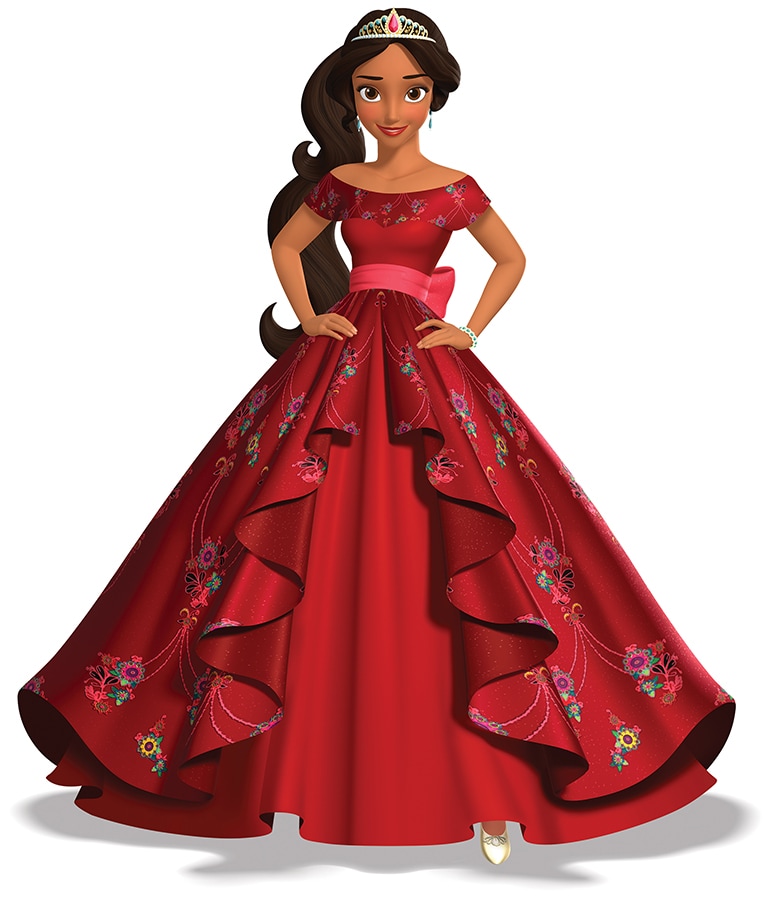 The beautiful ruby off-the-shoulder dress with floral prints was designed by Layana Aguilar, a fan-favorite contestant on “Project Runway” and “Project Runway All Stars.” The Brazilian born and raised designer created a dress to represent all of the rich and colorful cultures and folklore from Latin America… a big task, for sure!

“Designing a dress for a Disney princess is a dream come true for me and the proudest moment of my career so far. And as a mother, I am so excited to introduce my kids to ‘Elena of Avalor,'” said Layana.

Her design is also the inspiration for the dress that Princess Elena will wear at Walt Disney World Resort and Disneyland Resort when she begins making appearances later this year. At Walt Disney World Resort, Elena will appear in the Magic Kingdom beginning in August. At Disneyland Resort, she will appear at Disney California Adventure this fall.

More details on Princess Elena will be available soon, so keep an eye on the #DisneyFamilia posts for more information.