Opening is set for late summer for Flying Fish restaurant at Disney’s Boardwalk – yes, “Cafe” goes away as part of the name, and diners will be welcomed to a sophisticated, interior that still pays homage to the golden era of seaside boardwalks. Chef Tim Majoras, who was has been on the Flying Fish team since 2011, takes the helm in the kitchen, and we met with him and some of his team at Disney’s Flavor Lab to see what’s cooking for the new menu. It’s still in the works, but we got a taste of his take on a starter of seared yellow fin tuna served with compressed watermelon (with a hint of Tahitian lime oil and fresh limes), paper-thin avocado slices, crisp radishes, pickled daikon and a small edible viola flower on top. A drizzle of blood orange oil is all it needs. 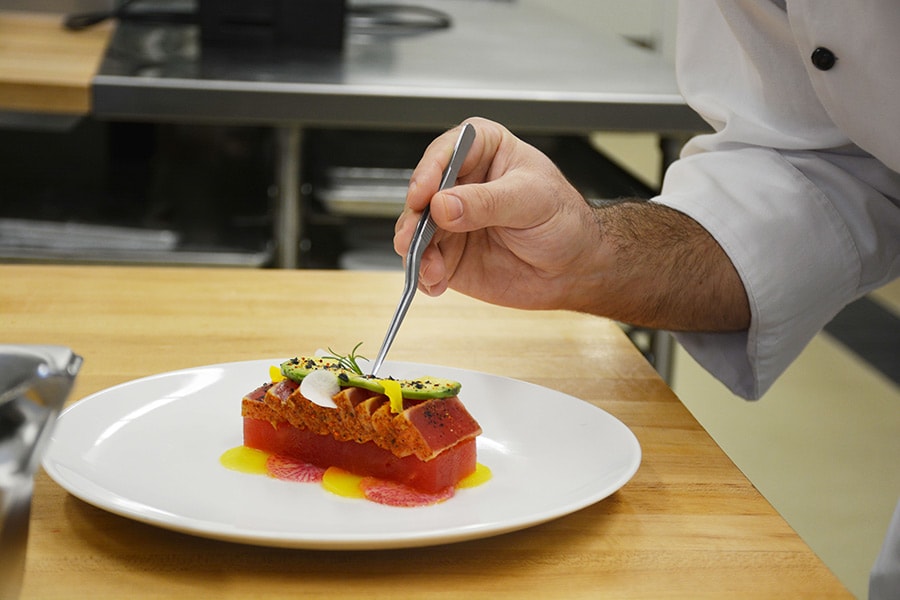 Sustainable fish will be the star of the new menu, and Majoras’ new Fruits of the Sea appetizer features rock shrimp and clams from Florida, grouper cheek, mussels, a splash of Brandy and a rich lobster stock. The seafood is served over a generous dollop of velvety celery root puree with adds a depth of flavor to the dish. Simple flavors, a deft touch in the kitchen.

Stig Jacobsen, general manager and sommelier at Flying Fish, says he is happy with expanded space for wine storage and is “finding gems” for a more in-depth wine list.

The interior features an all-new kitchen and dining room (with expanded space for private dining events), sparkling architectural accents, like golden-winged room panels and an impressive chandelier that mimics a school of flying fish swimming overhead. Next door, the new AbracadaBar lounge opens, taking the spot formerly occupied by the candy and ice-cream shop.

The new “curious cocktail lounge” combines the Golden Age of Magic with the magic of Disney storytelling, so look for whimsy in the design from the Walt Disney Imagineering (WDI) team, who create stories in true Disney fashion. According to WDI, the lounge was once a secret stomping ground for famous touring magicians, local boardwalk illusionists and the loveliest magician’s assistants of the day. After every magic show, these prestidigitators would gather at the bar, where they’d conjure up new cocktails, swap magic tips and tricks, and often stay up all night attempting to “out-charm” each other with their extraordinary illusions. 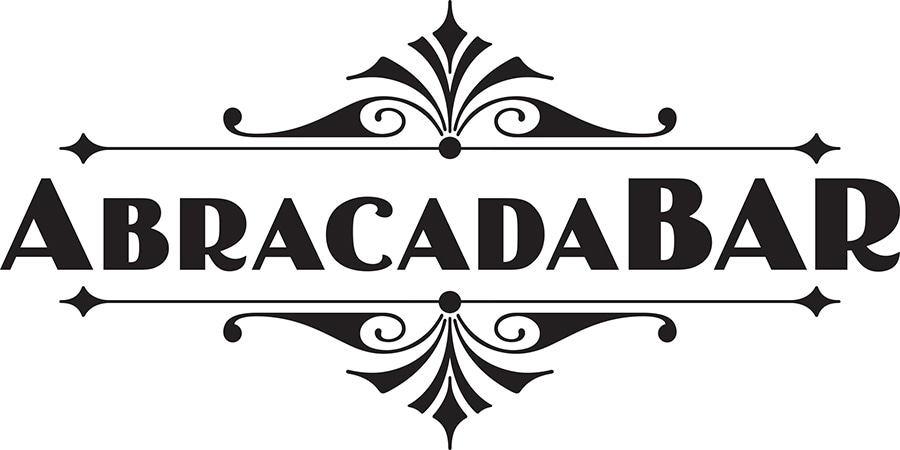 According to BoardWalk lore, it was on just such an evening that every single magician in the lounge vanished into thin air, never seen again… And after sitting vacant for nearly 70 years, the secret magician’s lounge is now back in the spotlight.

AbracadaBar guests will get a special peek into the sophisticated social club, and while it’s rumored that the magicians who frequented the lounge vanished without a trace decades ago, their magic still remains strongly intact, and can be seen, heard, and even savored in the bar’s signature cocktails. From its enchanted magic show posters and mystifying mirrors to vintage props and tricks left behind years ago, AbracadaBar promises to be just as surprising and magical as its name suggests.