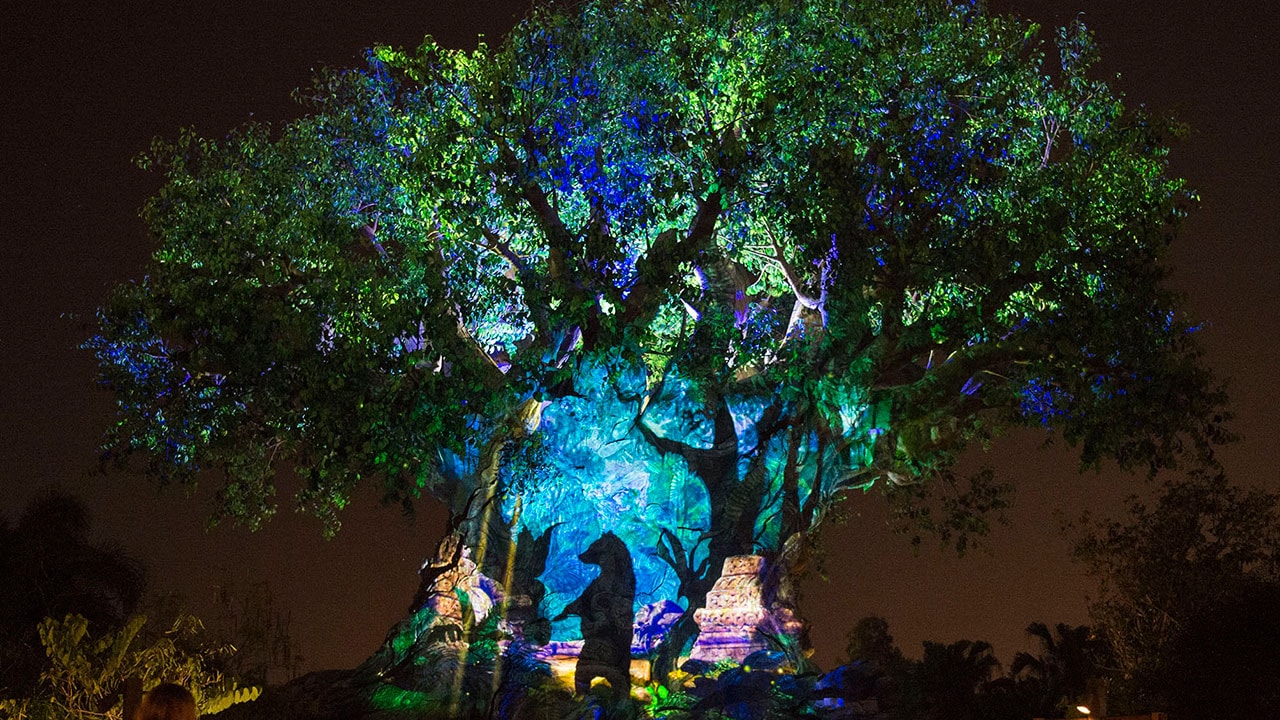 Memorial Day Weekend, the unofficial kickoff to summer, is just a week away. And so are the beginnings of new Disney shows, fireworks and attractions here at the Walt Disney World Resort.

Here’s a sneak peek at what’s new for each of our four theme parks, Disney Springs and more.

Disney’s Animal Kingdom will debut several exciting new guest offerings starting Friday, May 27. The Tree of Life will begin its nighttime awakenings after the sun goes down each evening. But as the sun sets the fun will heat up on Discovery Island, where two new parties – Harambe Wildlife Parti and Discovery Island Carnivale – will add fun, music and entertainment to the night. And the park will also begin extending its operating hours into the evening to allow guests to experience their favorite Disney’s Animal Kingdom attractions, like Kilimanjaro Safaris and Expedition Everest, in a whole new light. Two new F&B locations, Tiffins restaurant and Nomad Lounge, will also open their doors for business. (Make your attraction plans now in the My Disney Experience App. Reservations for Tiffins will open Saturday, May 21). 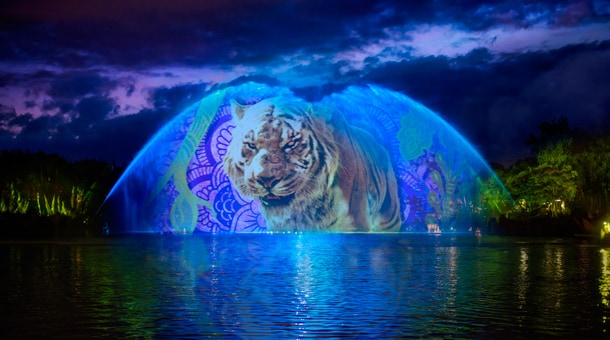 On Saturday, May 28, Disney’s Animal Kingdom will debut the new “The Jungle Book: Alive with Magic” water show, which will retell the tale of Baloo and Mowgli on Discovery River each night. FastPass+ will be available for the show and can be booked through the My Disney Experience app starting Saturday, May 21. 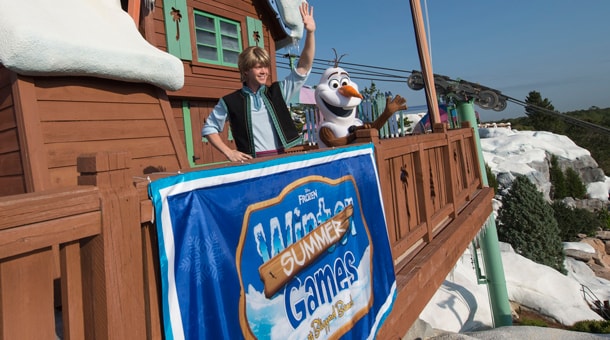 Disney’s Blizzard Beach Water Park will kick off the start of the Frozen Games on Friday, May 27, with Olaf and Kristoff hosting daily winter-themed activities for guests of all ages, including Snowball Toss and Ski Pole Limbo. All activities are complimentary and guests can sign up at the park entrance to participate.

And even more summer fun is on the way to the Walt Disney World Resort in June. Magic Kingdom Park will debut a brand-new stage show called “Mickey’s Royal Friendship Faire” on June 17. In it, Mickey and his band of Merry Makers are preparing to host a joyous festival and bring friends Tiana, Naveen and Louis (from “Princess and the Frog”); Rapunzel and Flynn (from “Tangled”); and Olaf, Anna and Elsa (from “Frozen”); to the Castle Forecourt Stage to join in on the celebration.

And don’t forget, a brand-new Disney Princess, Elena of Avalor, will make her debut at Magic Kingdom Park later this summer. 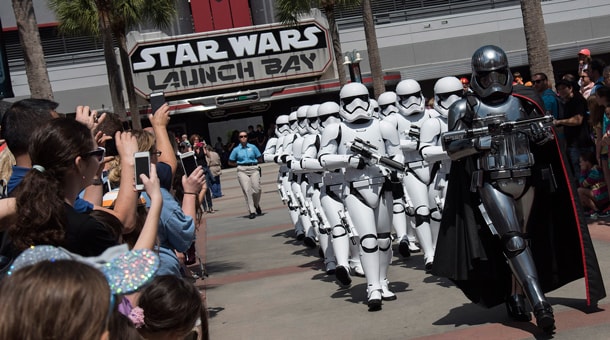 On June 17, Disney’s Hollywood Studios will make theme park history when it launches the most elaborate nighttime spectacular the park has ever seen with the new “Star Wars: A Galactic Spectacular” fireworks show. This new nightly show will combine fireworks and pyrotechnics with video projections that will turn the surrounding buildings into familiar Star Wars destinations. The show will end with a tower of fire and spotlight beams that create massive lightsabers in the sky. Showtimes will appear in the My Disney Experience app as soon as they are available.

And don’t forget, beginning Memorial Day weekend, even more guests will be able to experience Toy Story Mania with the addition of a third track. 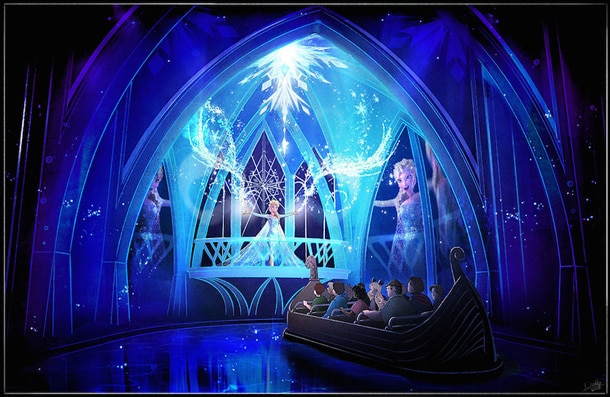 Epcot will welcome Soarin’ Around the World on June 17. A new version of the popular attraction located in The Land pavilion will debut to take guests on a journey to far-flung lands, over some of the world’s most unique natural landscapes and man-made wonders. Guests can begin reserving this FastPass+ attraction in the My Disney Experience app beginning Saturday, May 21. New “Frozen” experiences will open their doors on June 21, including Frozen Ever After, the first attraction inspired by the film, as well as Royal Sommerhus, an Anna and Elsa greeting area.

FastPass+ will be available for Frozen Ever After. Guests can begin booking FastPass+ for this experience on Saturday, May 21. 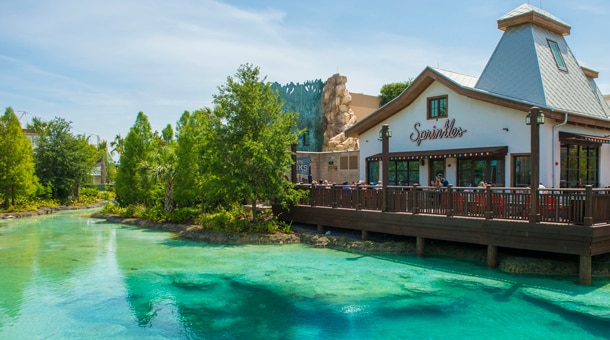 Disney Springs also recently welcomed dozens of new retail and dining options with the opening of Town Center. And plenty more shop and restaurant openings are on the horizon for the summer, including restaurants STK Orlando, Frontera Cocina and Homecoming: Florida Kitchen and Southern Shine. Keep your eye on the Disney Parks Blog for weekly updates on what’s new.