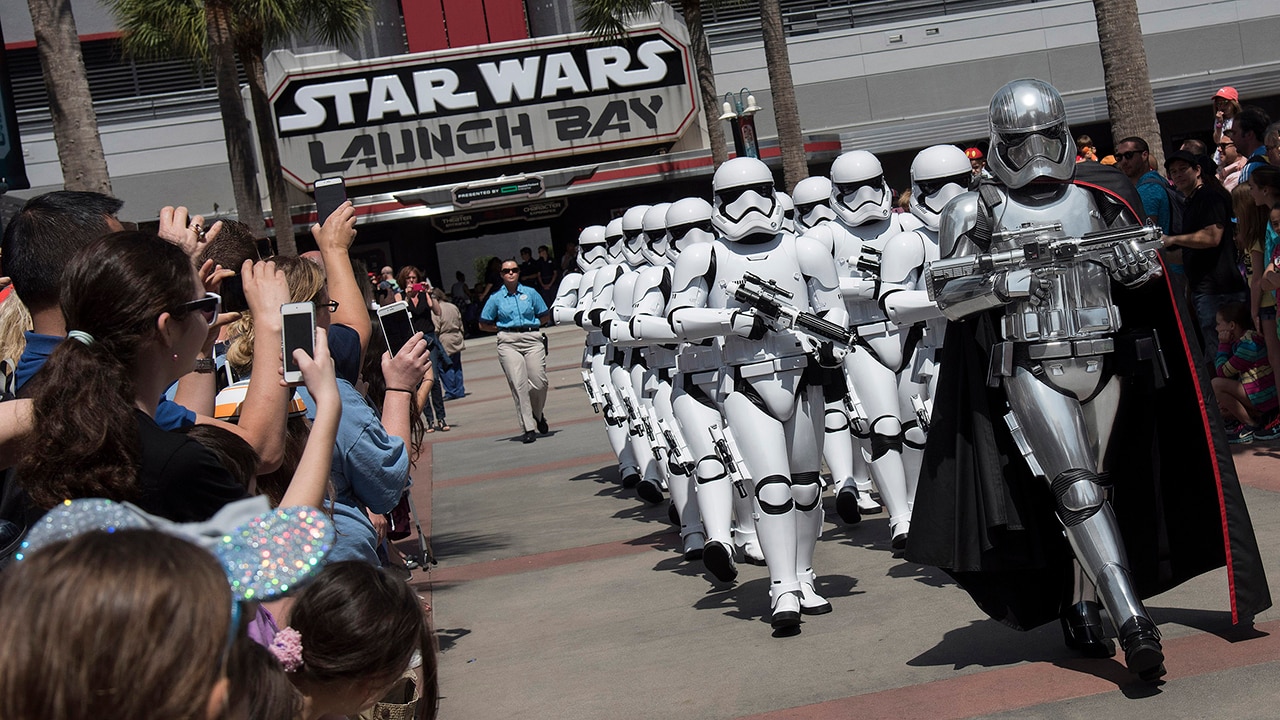 Several new Star Wars experiences have debuted at Disney’s Hollywood Studios over the past year, from the opening of Star Wars Launch Bay in December to the most recent additions of the Star Wars stage show “Star Wars: A Galaxy Far, Far Away” and the daily march of Captain Phasma and her fleet of Stormtroopers earlier this spring.

This new nighttime show, which will be the most elaborate fireworks display in this park’s history, will begin nightly performances on June 17. This elaborate show will combine fireworks, pyrotechnics, special effects and video projections that will turn the park’s Chinese Theater and other buildings into the twin suns of Tatooine, a field of battle droids, the trench of the Death Star, Starkiller Base and other Star Wars destinations. And the show, which will feature music from throughout the film franchise, will be punctuated with a tower of fire and spotlight beams, creating a massive lightsaber in the sky.