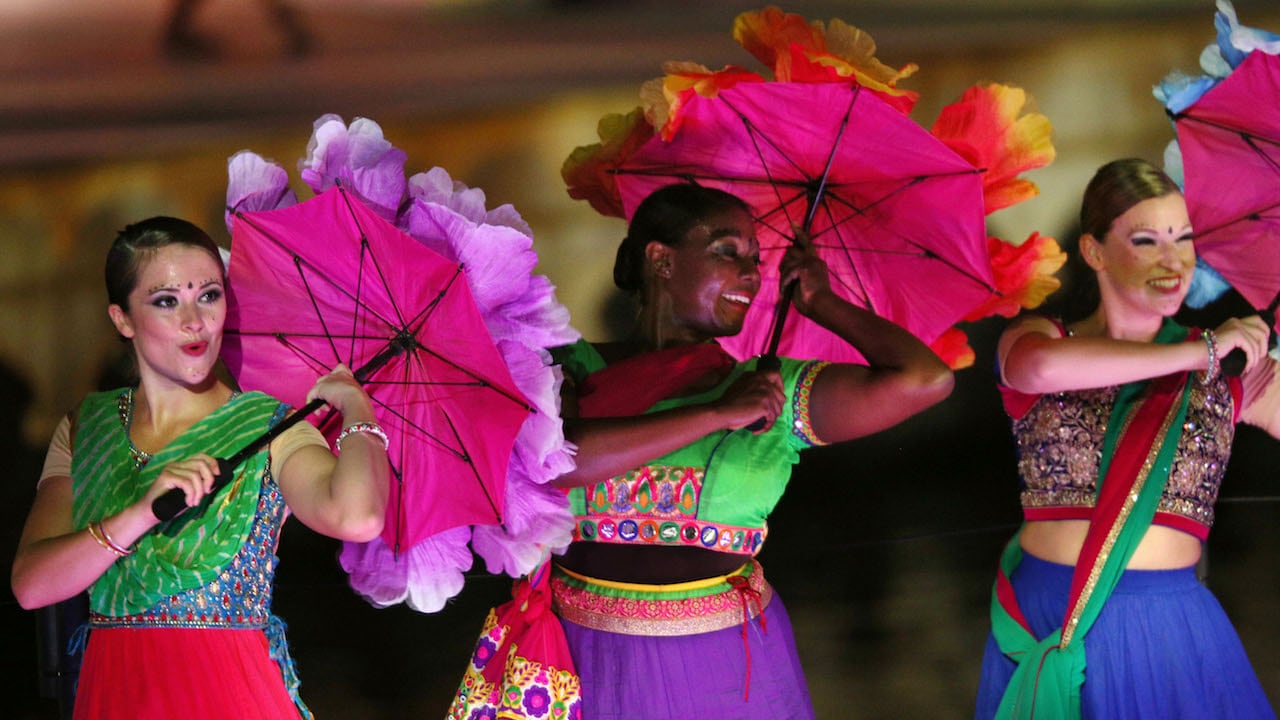 “The Jungle Book: Alive with Magic,” a new musical inspired by the blockbuster live-action film “The Jungle Book,” debuted over the weekend at Disney’s Animal Kingdom. This limited-engagement nighttime offering immerses guests in a retelling of the adventure of Mowgli and friends at the brand new Discovery River theater in the Asia section of the park. In “The Jungle Book: Alive with Magic,” the story roars to life with live music, dazzling special effects and production numbers inspired by Indian cultural traditions. The show features dozens of colorful performers that appear on the water and surround the audience in song and visual artistry. 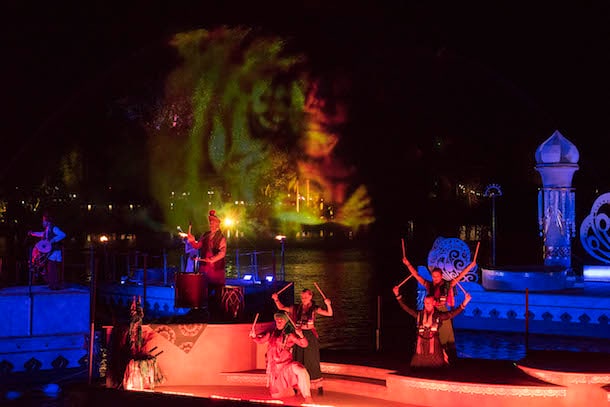 Massive curtains of water, illuminated with imagery from film serve as the backdrop to the show, as Bagheera and other favorite characters from “The Jungle Book” take us on a journey through the jungle, The show also features Indian-inspired arrangements of the movie’s popular songs “Trust in Me,” “The Bare Necessities” and “I Wan’na Be Like You.” Filmmaker and actor Jon Favreau, who directed Disney’s “The Jungle Book,” attended the show over the weekend and took time to congratulate the show’s cast on the opening.

Planning to attend the show this summer? Dining packages are now available for Tusker House and Tiffins. Click here for more.