If you need another reason to get excited about all the new attractions and entertainment coming to Hong Kong Disneyland this year, here’s one more: Marvel’s Iron Man Experience has officially begun ride tests.

Iron Man Experience is the all-new attraction we’ve been eagerly waiting for since it was first announced in 2013. Hong Kong Disneyland announced today that ride system tests by their expert team of Walt Disney Imagineers are a go as construction nears completion. Once it opens, it will officially be the first Marvel ride-through attraction at a Disney Park. The new ride will be opening in Stark Expo in Tomorrowland. 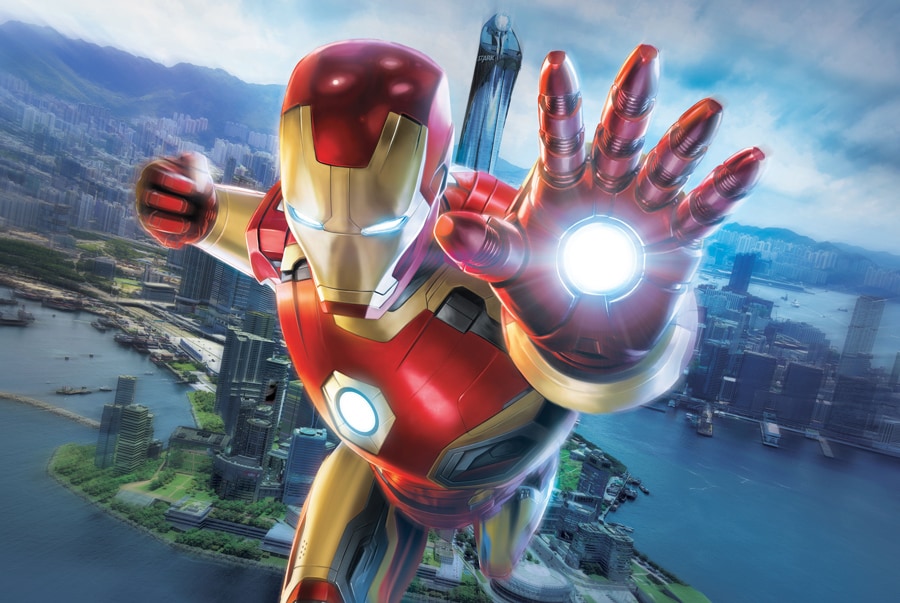 The story begins when Tony Stark (aka Iron Man) decides to bring the Stark Expo to the park. Guests can visit the Expo and explore the latest and greatest innovations from Stark Industries. They’ll go aboard an Iron Wing vehicle, the latest flying transport invented by Stark Industries, and journey through Hong Kong streets and the iconic city harbor as they battle against the evil forces of Hydra alongside Iron Man.