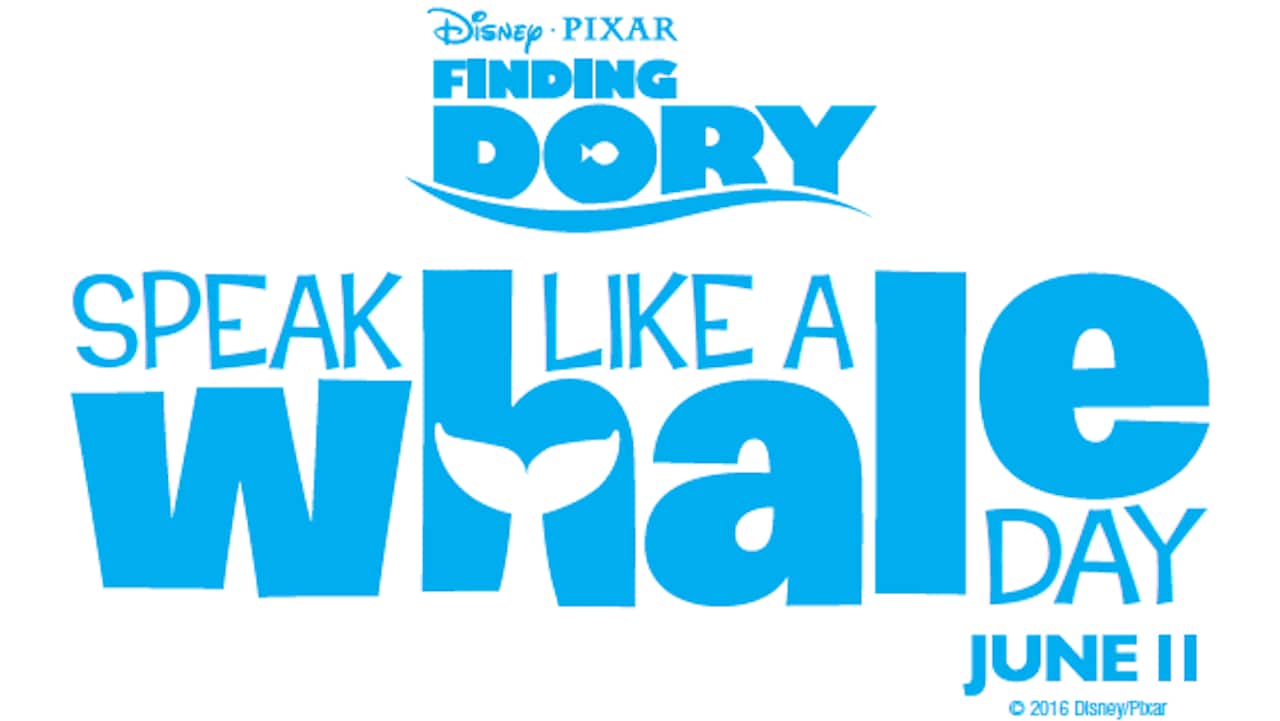 ‘Speak Like A Whale Day’ This June 11 at Disney Parks

On Saturday, June 11, 2016 Disney Parks will celebrate Speak Like a Whale Day. Taking a cue from everyone’s favorite forgetful blue tang, Dory, and her new friends Bailey, a beluga whale who is convinced his biological sonar skills are on the fritz, and Destiny, a nearsighted whale shark, guests can learn to speak the language while taking part in some whale-sized fun.

Guests can celebrate in a number of ways:

Check out this video from two of the stars from “Finding Dory,” Ty Burrell and Kaitlin Olson trying out their best whale voices.

Be sure to swim on into Disney Parks to check out all of the fun and don’t miss Disney•Pixar’s “Finding Dory” in theaters June 17, 2016.