Among the new entertainment experiences debuting Memorial Day weekend at Disney’s Animal Kingdom will be the Harambe Wildlife Parti. The village of Harambe in Africa, a popular destination throughout the day, becomes a true hot spot at night with sunset on Kilimanjaro Safaris and the evening “Wildlife Parti,” a time for wild animals to roam the open savanna and for party animals to take over the streets! This safari after-party fills Harambe, from its stunningly beautiful theatre district to its bustling marketplace, with the sights and sounds of outstanding local street musicians and entertainers, inviting us to join them in dance and song, partake in exotic foods and libations and explore the diverse wares of village artisans and merchants. Beginning in late afternoon, the popular Burudika Band takes the stage in Harambe’s Old Square as hosts of the Wildlife Parti, performing original songs and Afro pop hits from across Africa. As you explore the town, street musicians and performers seem to be around every corner! 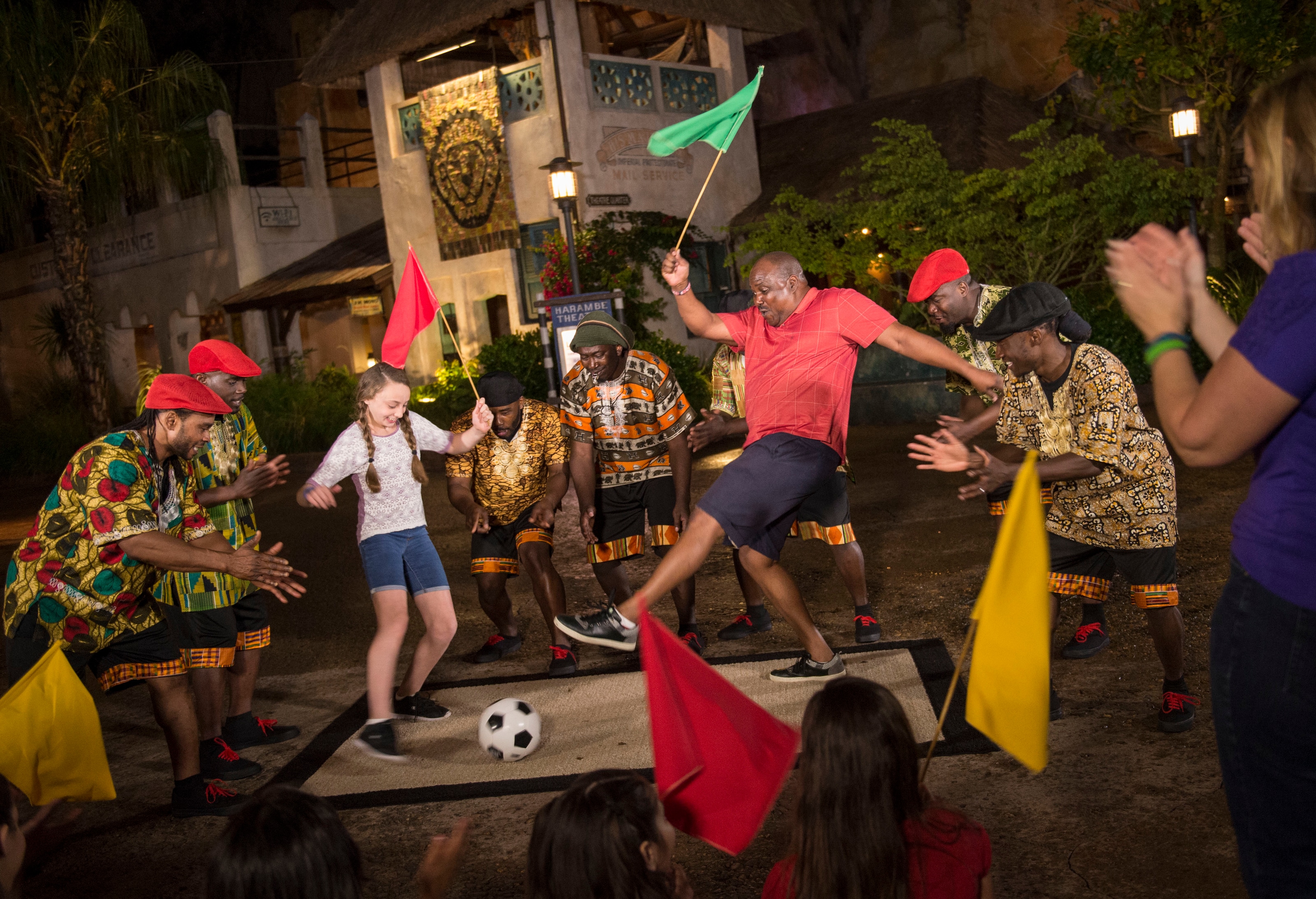