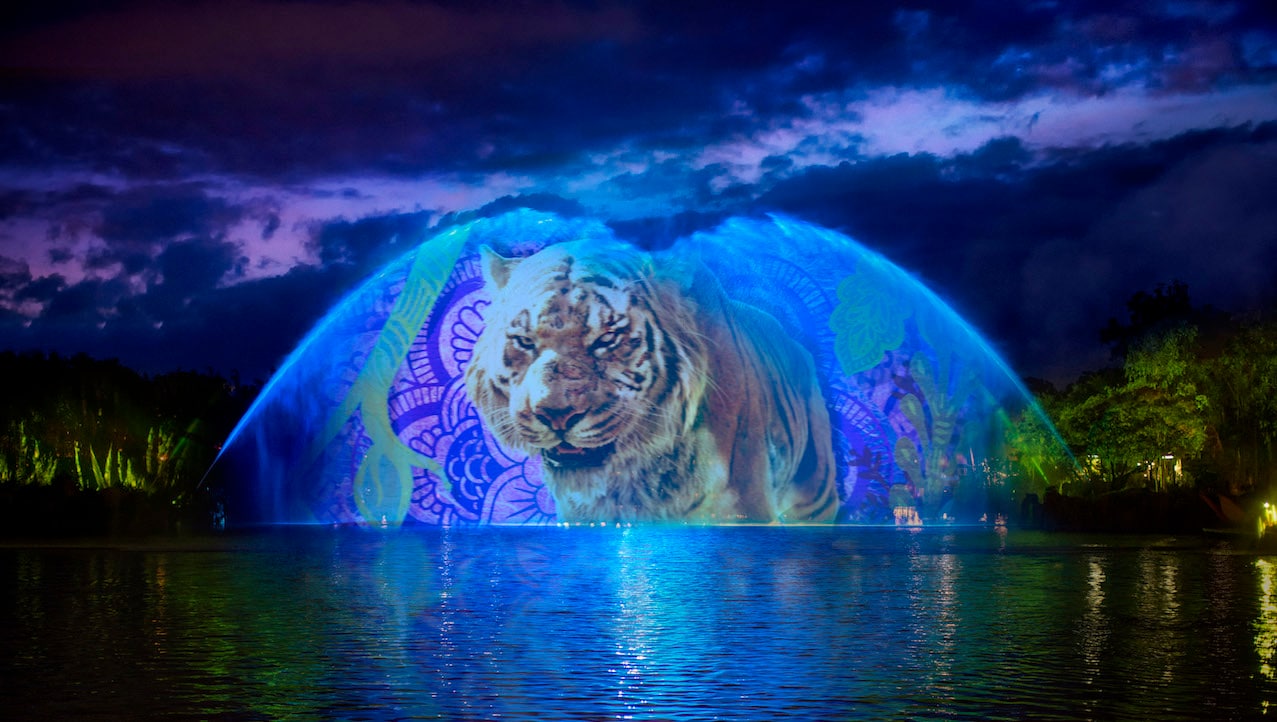 ‘The Jungle Book: Alive with Magic’ Debuts May 28 at Disney’s Animal Kingdom

We recently announced that the all-new, limited-engagement show, “The Jungle Book: Alive with Magic,” will make its debut at Disney’s Animal Kingdom on Saturday, May 28. Today, I’m pleased to share with you more details about what’s shaping up to be a phenomenal live entertainment experience!

In “The Jungle Book: Alive with Magic,” the excitement and fun of Disney’s hit live-action adventure “The Jungle Book” roars to life with live music and performance, dazzling special effects and production numbers inspired by Indian cultural traditions. As night falls, we’ll gather on the shores of the Discovery River for a vibrant Indian celebration, as dozens of colorful performers take to the water and surround the audience in song and visual artistry.

In addition, massive curtains of water glow to life above the river’s surface, illuminated with imagery from the blockbuster film as Bagheera and other favorite characters from “The Jungle Book” take us on a journey through the jungle, following Mowgli’s exciting, perilous and sometimes hilarious wild encounters.

“We’re so thrilled at how much ‘The Jungle Book’ film has been embraced by audiences around the world,” said Michael Jung, Creative Director, Walt Disney Imagineering Creative Entertainment. “And we couldn’t be more excited to celebrate ‘The Jungle Book’ with this new live show. It’s going to be a perfect fit for Disney’s Animal Kingdom.”

“The Jungle Book: Alive with Magic” features rousing, Indian-inspired arrangements of the movie’s popular songs “Trust in Me,” “The Bare Necessities” and “I Wan’na Be Like You,” all building to an uplifting, boisterous finale.

Keep reading Disney Parks Blog, as we bring you even more about “The Jungle Book: Alive with Magic” leading up to its opening this weekend!