Have you tried the “Pirate’s Adventure ~ Treasures of the Seven Seas” interactive quest at Magic Kingdom Park? It’s a must-do for my son, who loves grabbing a treasure map at Pirate Headquarters and heading out to follow in Captain Jack’s footsteps throughout Adventureland.

In case you aren’t familiar with the quest, “Pirate’s Adventure ~ Treasures of the Seven Seas” is a complimentary game that turns you into one of Captain Jack’s pirate recruits and lets you embark on one of five different pirate raids throughout Adventureland. The task is to demonstrate your pirate skills by collecting valuable treasures and fend off some of Captain Jack’s foes, including Captain Barbossa and the Royal Navy. Guests are welcome to complete multiple pirate raids if they wish. 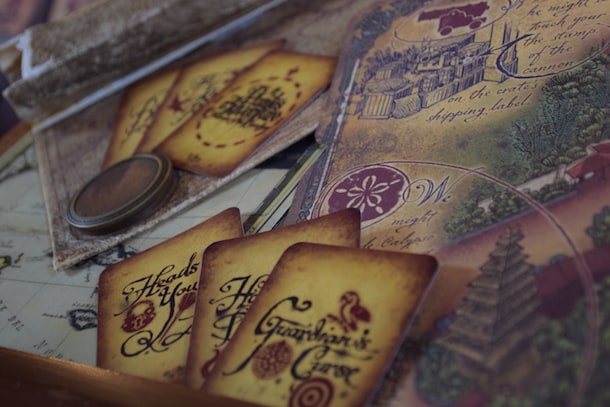 But pirate fans, “Pirate’s Adventure ~ Treasures of the Seven Seas” has just gotten better! Now when guests complete a pirate raid, they can head back to Pirate Headquarters to receive a Collector Card as their reward. There are five Collector Cards to aim for, one for each raid. And an additional card will be given to guests who complete all five raids.

For a look inside the experience, check out the video above.