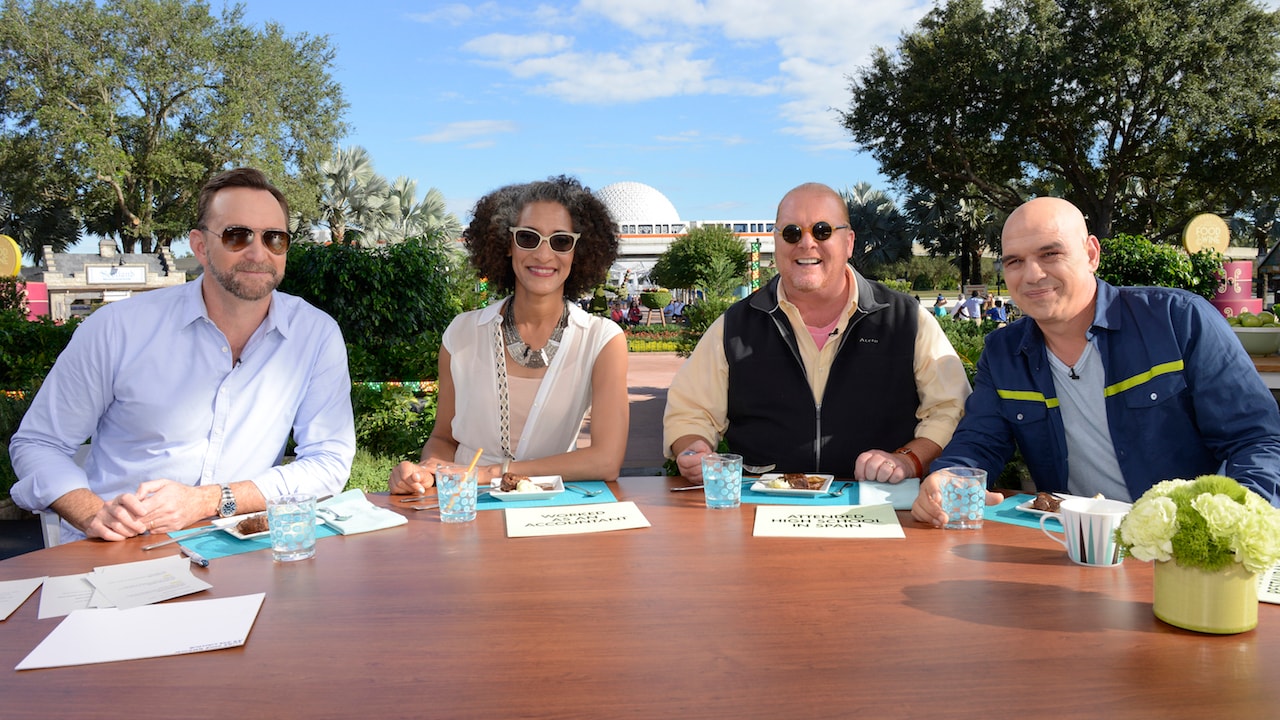 The popular, affable co-hosts of ABC’s “The Chew” are returning to Epcot International Food & Wine Festival to tape a week’s worth of shows October 5-7 – look for Mario Batali, Michael Symon, Carla Hall, Clinton Kelly and Daphne Oz at Walt Disney World Resort as they explore the festival and beyond for the Emmy-Award-winning series. (The taped shows will air on ABC October 10-14 at 1 p.m. EST, 12 p.m. PT — check local listings). 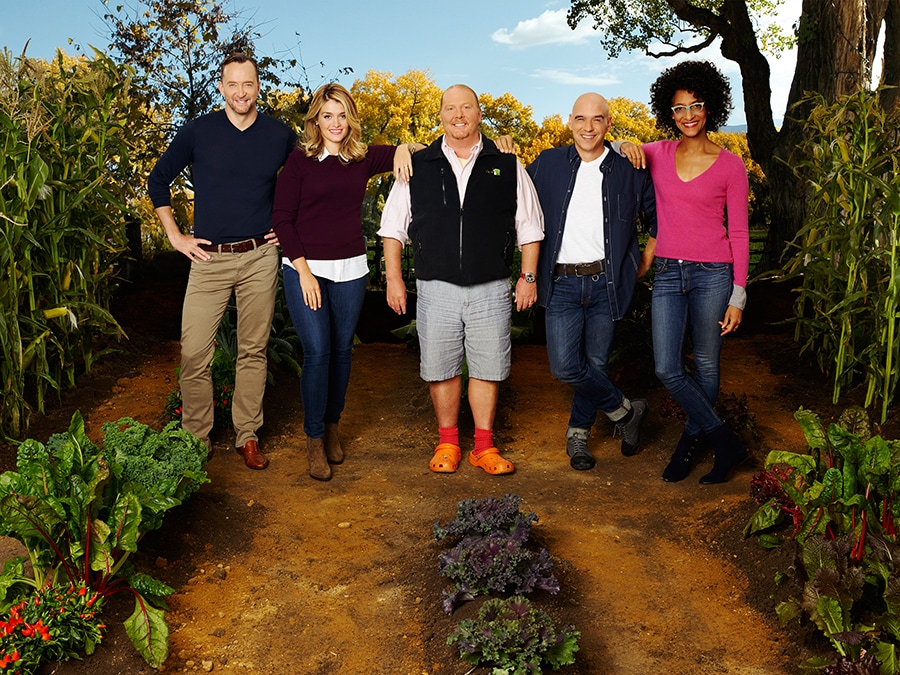 Audiences will again get to be part of the taping as the co-hosts share festival highlights, recipes and dining from the four Walt Disney World Resort theme parks and Disney Springs.

The show will have a presence throughout the entire 62-day festival at The Chew Collective marketplace in the Next Eats festival area of Future World with two savory dishes – Grilled Beef Skewer with Romaine, Apricots and Feta Cheese, and Ricotta and Zucchini Ravioli with Rustic Tomato Sauce – and one sweet — Peanut Butter and White Chocolate Mousse with a Caramel Drizzle. You can pair tastes with this year’s exclusive new festival Chardonnay and Cabernet Sauvignon that will be served at The Chew Collective.

And at the Festival Center, guests can watch screenings of “The Chew” show highlights, cooking and entertaining tips, and same-day episodes of “The Chew” Monday through Friday at 1 p.m.

Ahead of this year’s festival – the week of July 25 – fans can watch a re-broadcast of “The Chew” 2015 shows taped at Epcot as part of the network’s summer programming lineup (Monday-Friday, check local listings).

Instructions on how to obtain show taping tickets will be announced at a later date.

For updates about festival events and premium experiences, visit epcotfoodfestival.com throughout the summer.