Broadway Star at Sea: Mandy Gonzalez on the Disney Magic

Expanding the list of Broadway stars sailing the high seas with us this summer, the incredibly talented Mandy Gonzalez delighted Disney Magic cruisers with performances during our transatlantic voyage to Europe.

Starring roles for Gonzalez have included Princess Amneris in the Elton John and Tim Rice musical “Aida,” Elphaba in the Broadway production of “Wicked” and Nina Rosario in the Tony Award-winning Broadway musical “In the Heights.” 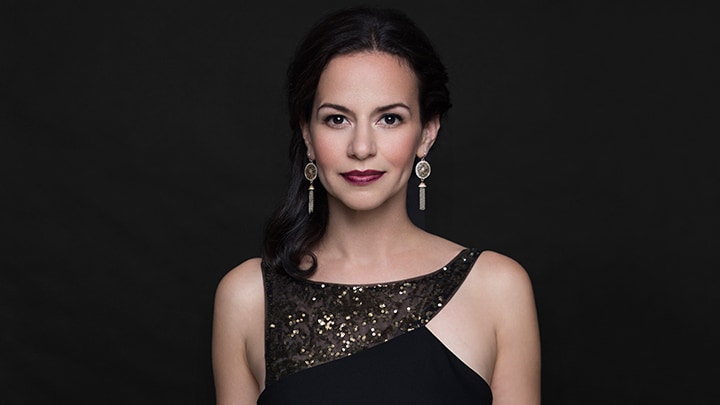 When her powerful voice and invigorating presence took over the stage in the Walt Disney Theatre, guests got a glimpse at the electricity Gonzalez is known for on Broadway. Her family-friendly performance was followed by a show just for adults in Fathoms nightclub – an evening of great music and hilarity, all revolving around love and its crazy themes and variations. What’s more, Gonzalez led a special class for teens and tweens, showing them what it takes to create a character and space by teaching a song and staging from “Aida.”

I’m excited to continue showcasing Broadway stars who are bringing their talent to our ships this summer as part of our Stars Set Sail live concert series presented by Disney Theatrical Group. Check back to find out what other performers are impressing Disney cruisers at sea.