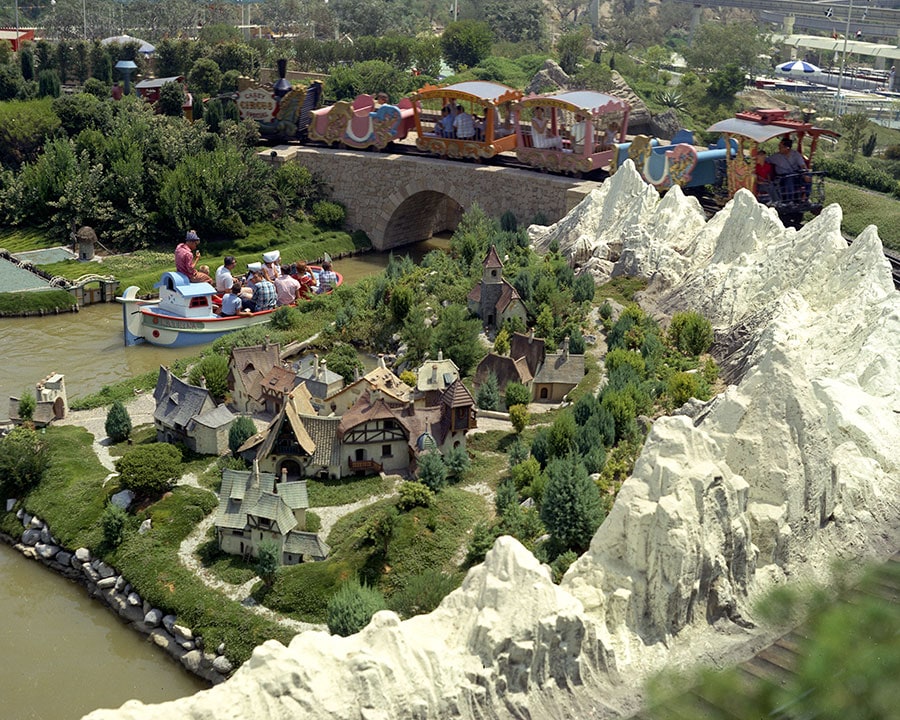 Storybook Land Canal Boats officially opened on June 16, 1956, nearly a year after the previous version of the attraction, Canal Boats of the World, debuted on the opening day of Disneyland park. The transformation of the attraction into Storybook Land Canal Boats was completed in only a few months, and in commemoration of its 60th anniversary we’re pleased to share some of the photos taken during construction, including of Walt Disney inspecting the progress of this now-classic Fantasyland favorite. 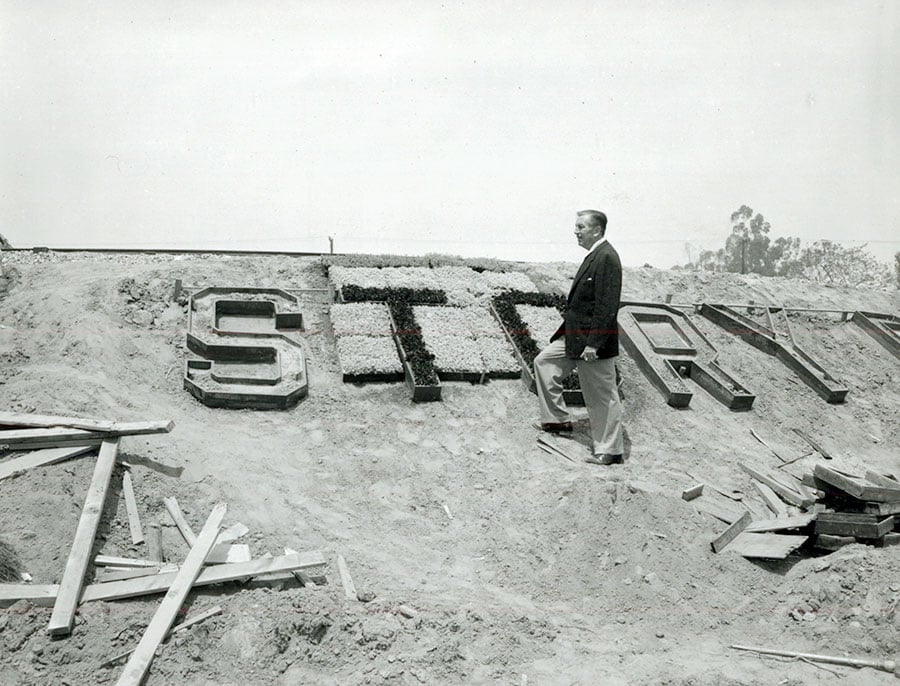 Storybook Land Canal Boats features a guided tour cruising by detailed miniature locations from classic Disney films, set among hills, valleys and caverns filled with enchanted homes and villages. Created on a 1:12 miniature scale and featuring unique horticulture design, it’s one of the most richly detailed attractions at any Disney park. 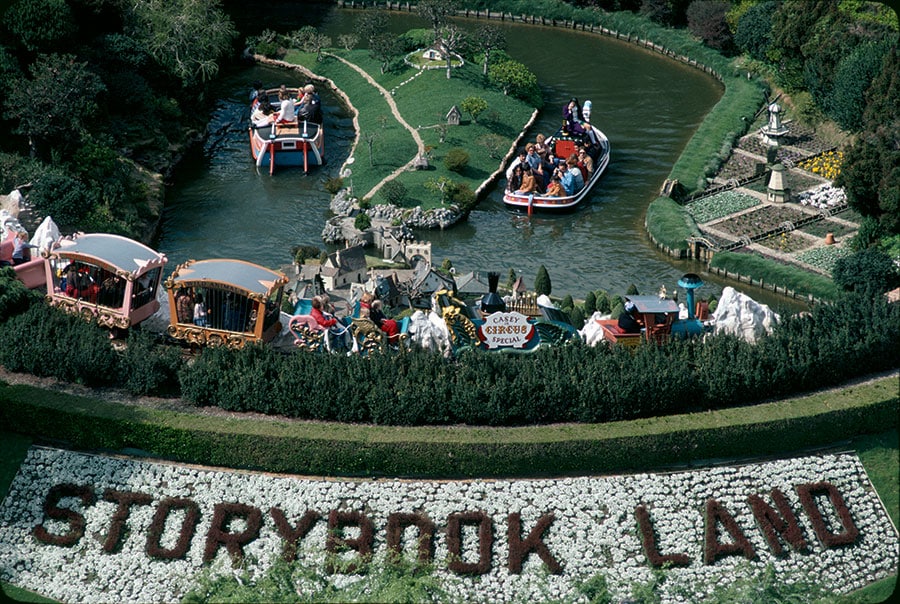 The settings depicted span from the straw, stick and brick houses of the “Three Little Pigs” from Disney’s 1933 Silly Symphony short, to the most recently added Fjord-side village of Arendelle from “Frozen.” Storybook Land Canal Boats is also the only known attraction that begins by traveling through the mouth of the whale from “Pinocchio,” Monstro! 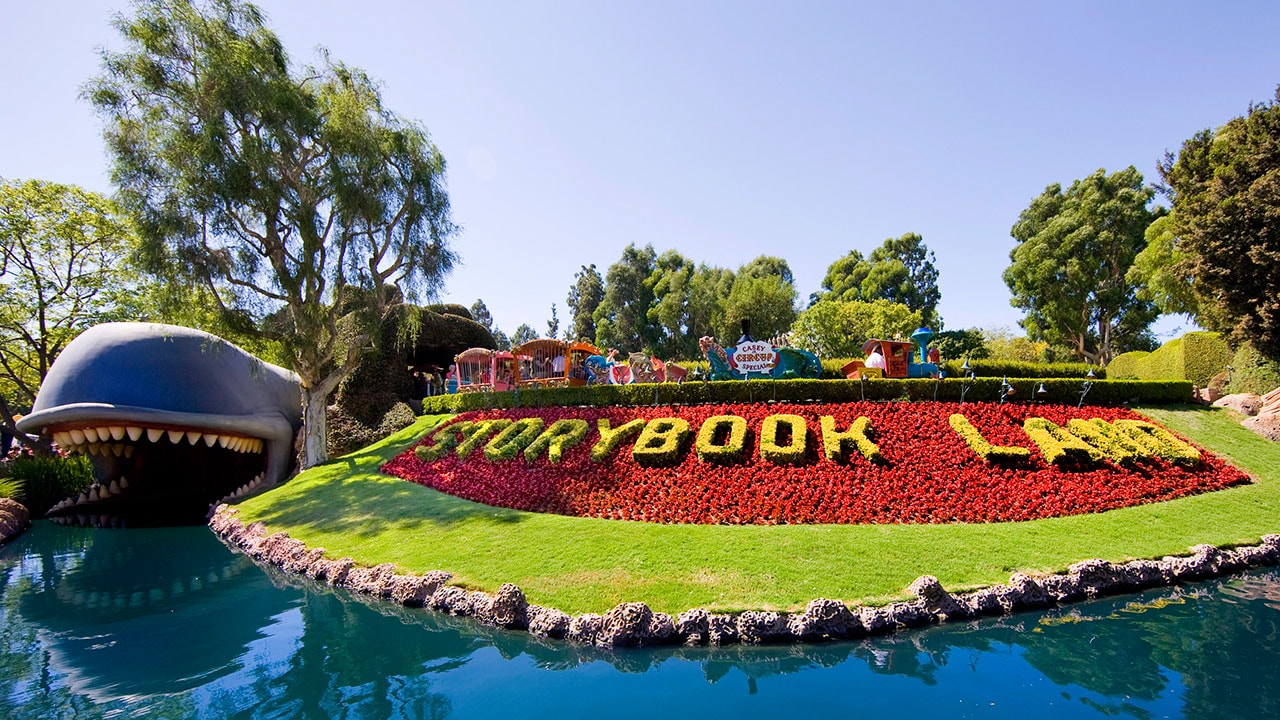