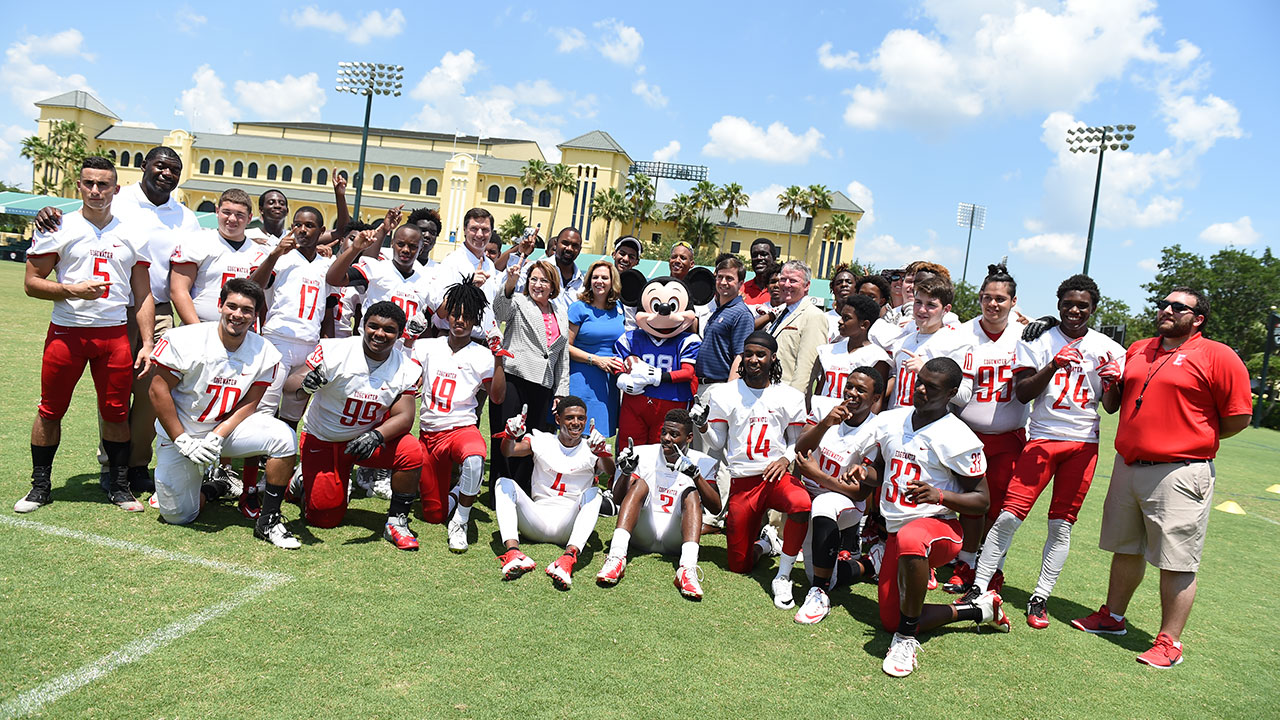 After several weeks of anticipation, the NFL officially announced at a press conference today at ESPN Wide World of Sports Complex at Walt Disney World Resort that the 2017 Pro Bowl is coming to Orlando and will be played at Camping World Stadium near downtown.

But here’s the best part: Several of the official Pro Bowl activities will be staged at Walt Disney World Resort as part of the league’s new approach of making Pro Bowl Week a celebration of all levels of football – from youth to high school to the NFL’s best.

The Pro Bowl teams’ practices, an NFL Flag football event and other youth football events will take place at our sports complex. It’s the perfect fit when you consider the sports complex annually hosts more than 100 youth sports events, such as the Pop Warner Super Bowl, and regularly attracts NFL players for the Tom Shaw Performance Camp and the Gruden QB Camp.

The announcement is quite a triumph for Central Florida because of the significant economic impact that comes with it as well as the national exposure from the ESPN telecast of the game.

If you want to get in on the Pro Bowl action, fans can sign up for exclusive presale ticket opportunities at www.ProBowl.com. Tickets go on sale to the general public in November.