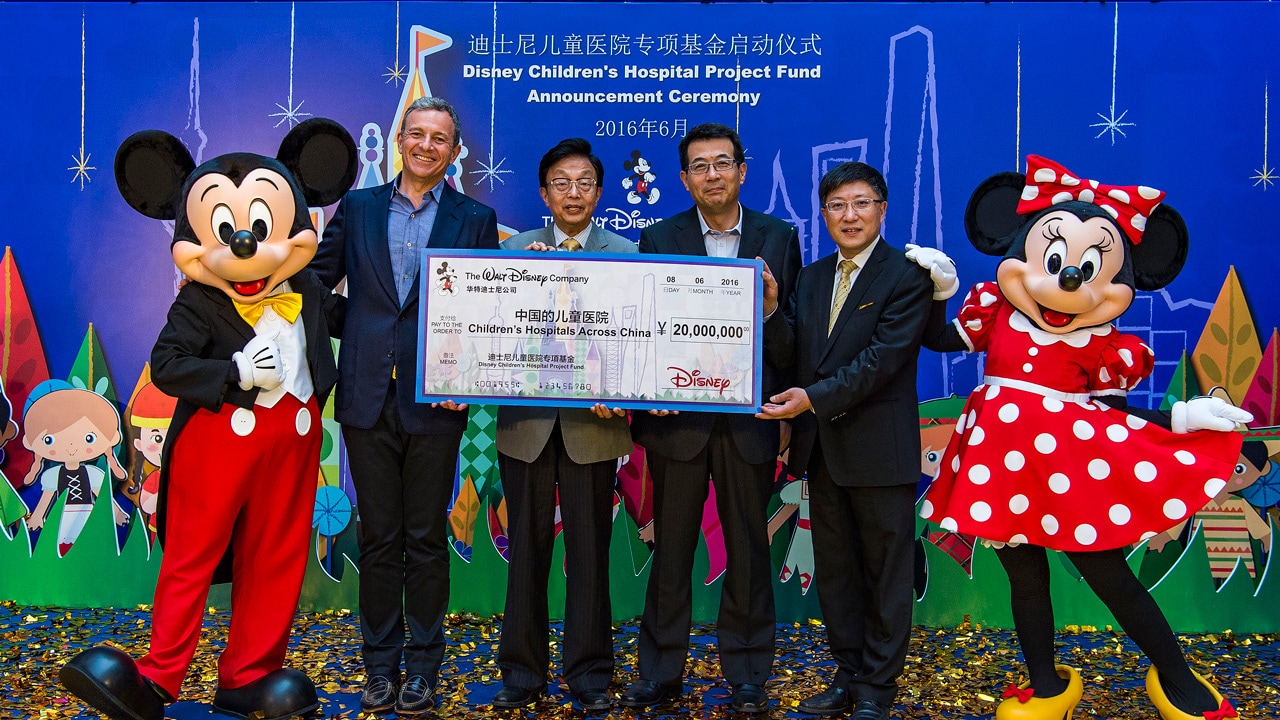 To celebrate the upcoming opening of Shanghai Disney Resort, The Walt Disney Company will donate $3.1 million USD (RMB 20 million) to fund Disney-themed play spaces and therapeutic play activities at more than 50 children’s hospitals across China over the course of the five-year program. Disney will also donate Shanghai Disneyland theme park tickets to support children and their families as they undergo and recover from treatment.

Disney Chairman and Chief Executive Officer Bob Iger announced the gift at the Shanghai Children’s Medical Center. “In honor of the grand opening of Shanghai Disney Resort, we are creating a bit of Disney magic where it is needed most. With our gift of 20 million RMB and tickets to our new theme park, we hope to bring happiness and laughter to children and families in hospitals across the country by creating opportunities to play and spend quality time together,” Iger said.