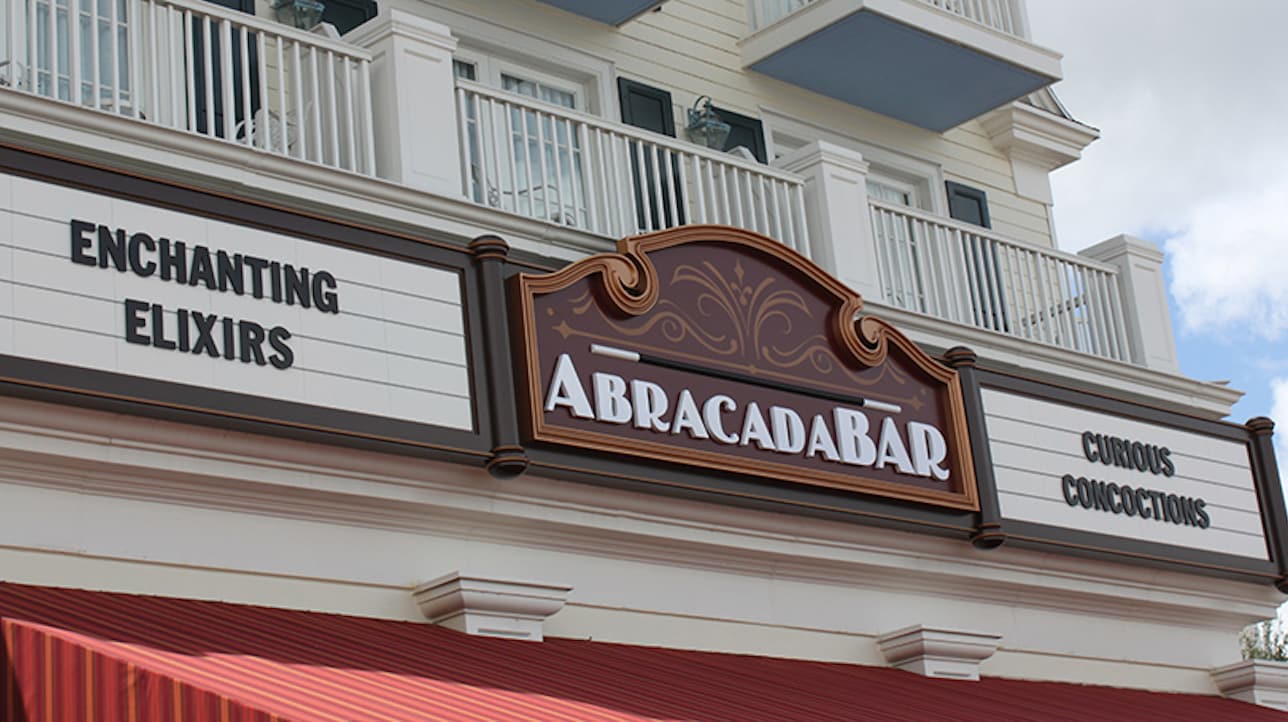 All in the Details: First Look Inside AbracadaBar at Disney’s BoardWalk

Today we’re happy to share with you the first look inside AbracadaBar, a new cocktail lounge that will soon open for business at Disney’s BoardWalk Resort.

When it comes to describing this new location, “magic” is key. As the story goes, this little lounge was a former stomping ground for the famous magicians, boardwalk illusionists, and lovely magician’s assistants of the Golden Age. After a show, prestidigitators would gather to “conjure” up new cocktails, swap magic tips and tricks, and stay up all night attempting to “out-charm” each other with their extraordinary illusions. According to BoardWalk lore, it was on just such an evening that every single magician in the lounge vanished into thin air, and was never seen again …

Now, after sitting vacant for nearly seventy years, the secret magician’s lounge is now back in the spotlight and making its world debut as “AbracadaBar.”

Once inside, guests will get a special peek at the sophisticated social club of some of the most famous illusionists of the 20th century. While it’s rumored that the magicians who frequented the lounge vanished without a trace decades ago, their magic still remains strongly intact, and can be seen, heard, and savored in the bar’s signature cocktails. From its enchanted magic show posters and mystifying mirrors, to vintage props and tricks left behind years ago, AbracadaBar promises to be just as surprising and magical as its name suggests.

Keep your eye on the Disney Parks Blog for more details on this curious new location.

Likes (10)
Share All in the Details: First Look Inside AbracadaBar at Disney’s BoardWalk