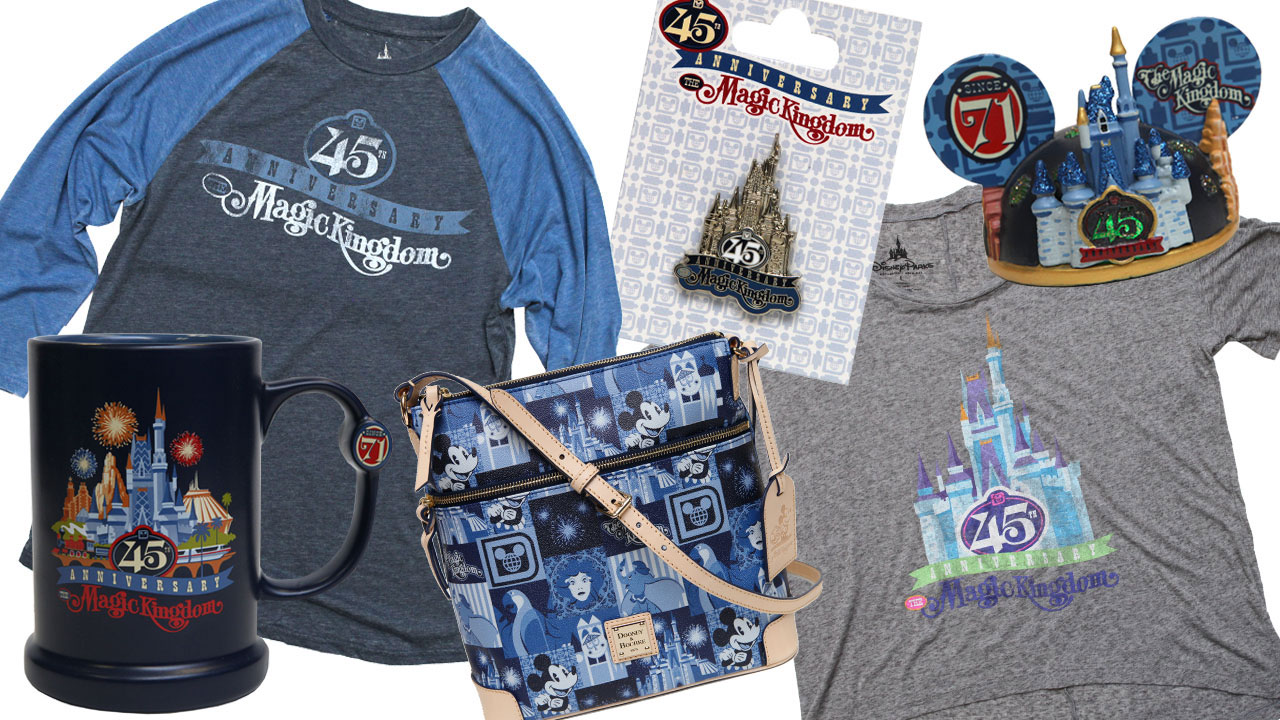 The 45th Anniversary of Magic Kingdom Park at Walt Disney World Resort is only a few months away. You may recall seeing a preview of commemorative products in a recent Disney Parks Blog Unboxed video. Today, I have another look at specially designed merchandise celebrating this milestone anniversary. 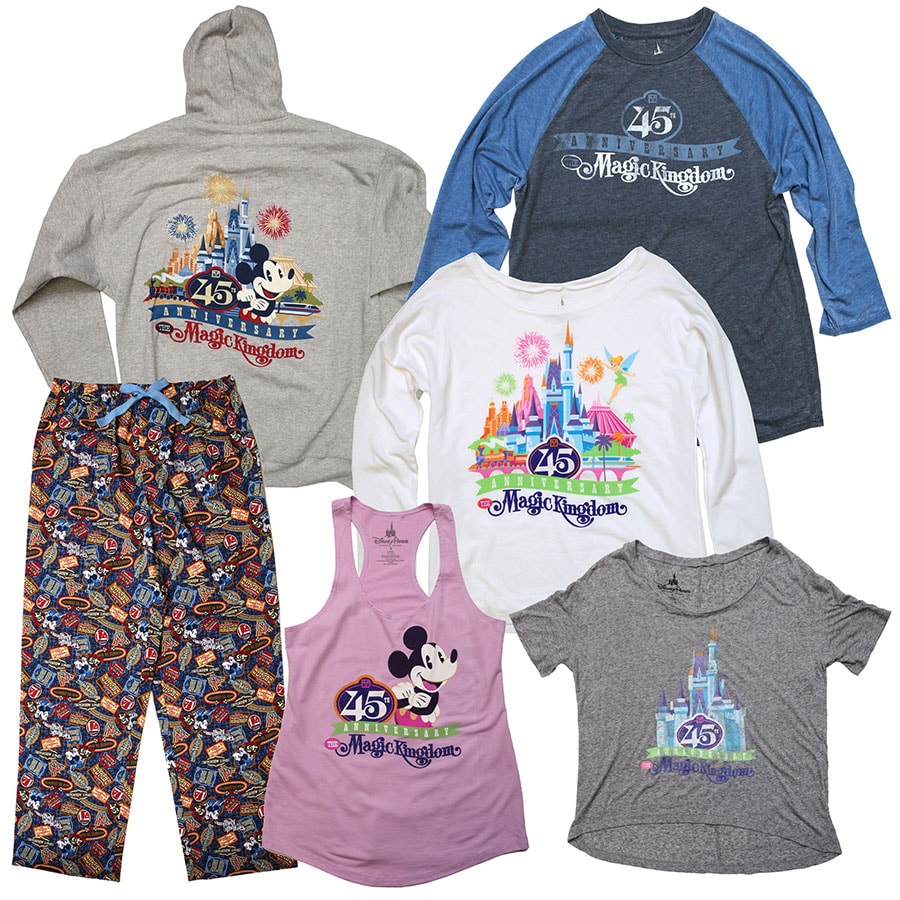 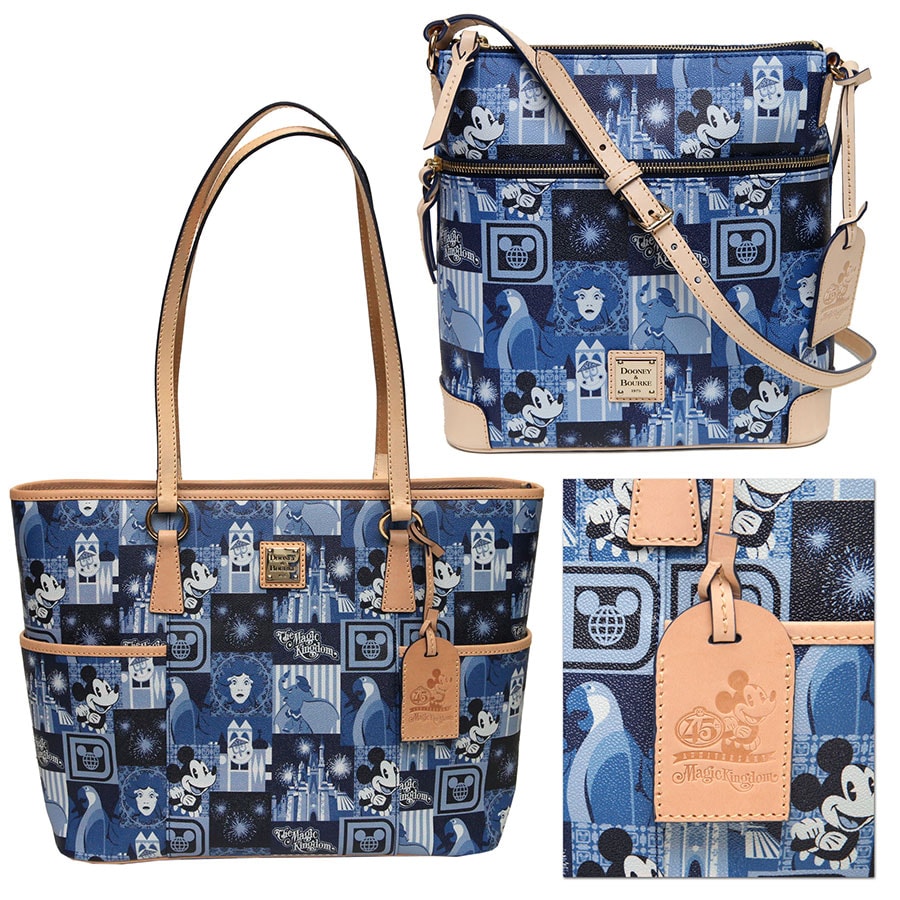 The Magic Kingdom 45th Anniversary assortment contains a variety of apparel items for adults including short and long-sleeved shirts. I particularly like the lounge pants covered with logos from attractions that have opened at Magic Kingdom Park since 1971.

Guests will also find two Dooney & Bourke handbags that will each contain a 45th Anniversary leather hangtag. The pattern pairs Mickey Mouse with other attraction icons and characters such as Madame Leota from The Haunted Mansion, a bird from Walt Disney’s Enchanted Tiki Room, and Dumbo. 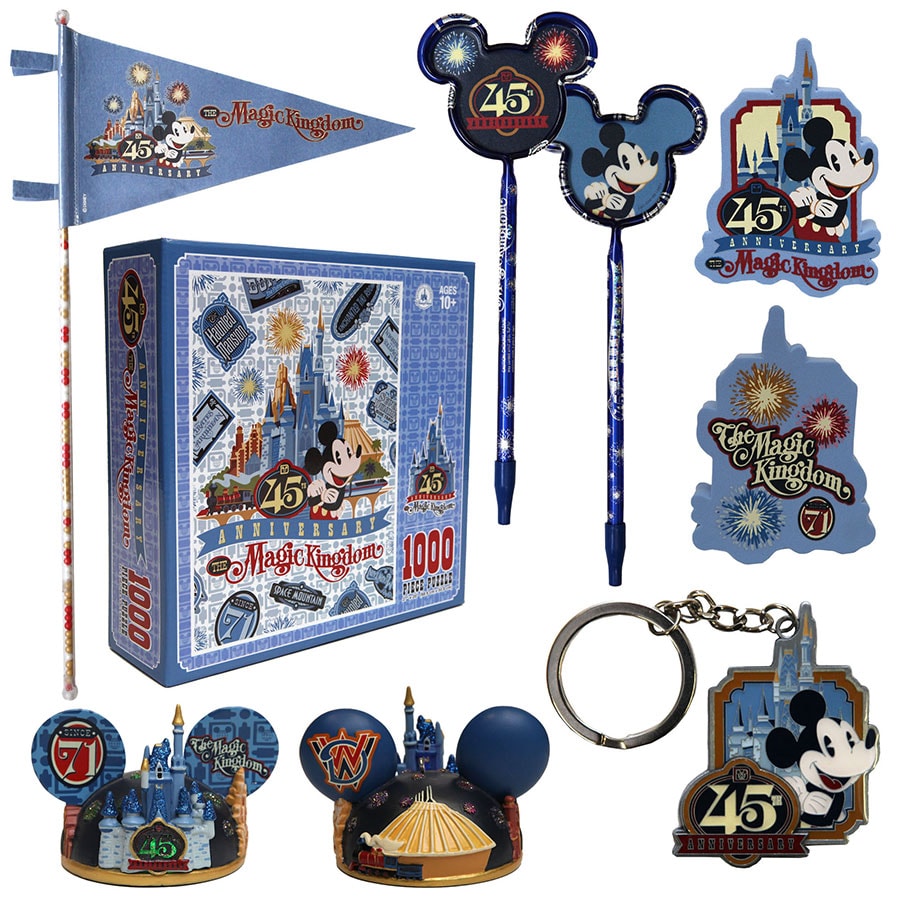 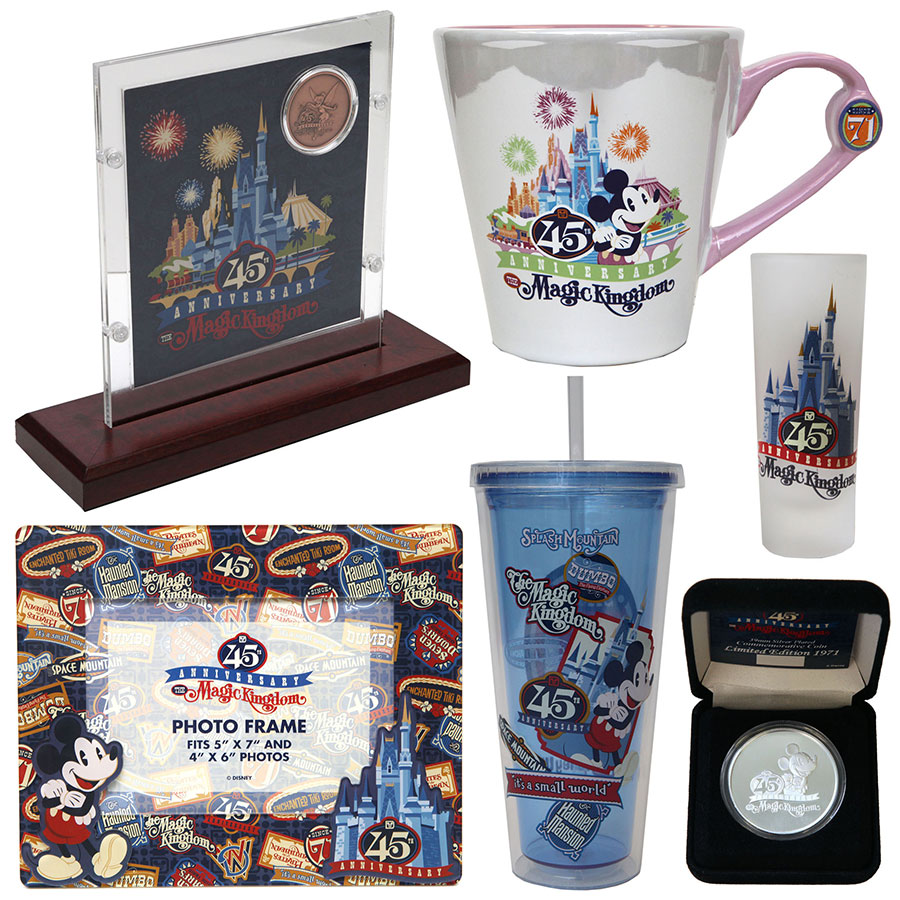 There are several unique souvenirs for this celebration including a 1000-piece puzzle, a light-up ear hat ornament, an antenna topper, and a pennant with candy.

The arts and collectibles team is releasing two limited edition coins – a 39mm commemorative copper coin that is presented in a custom acrylic display; and a silver plated coin in a box. Both coins will feature the Magic Kingdom 45th anniversary artwork. 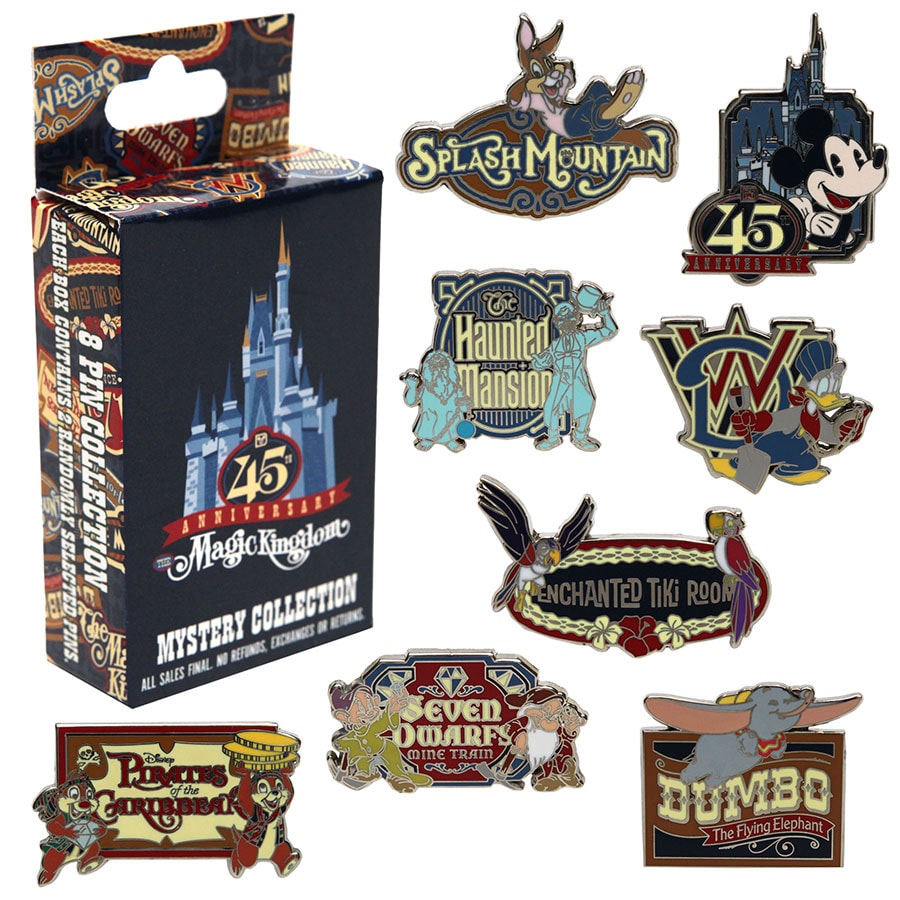 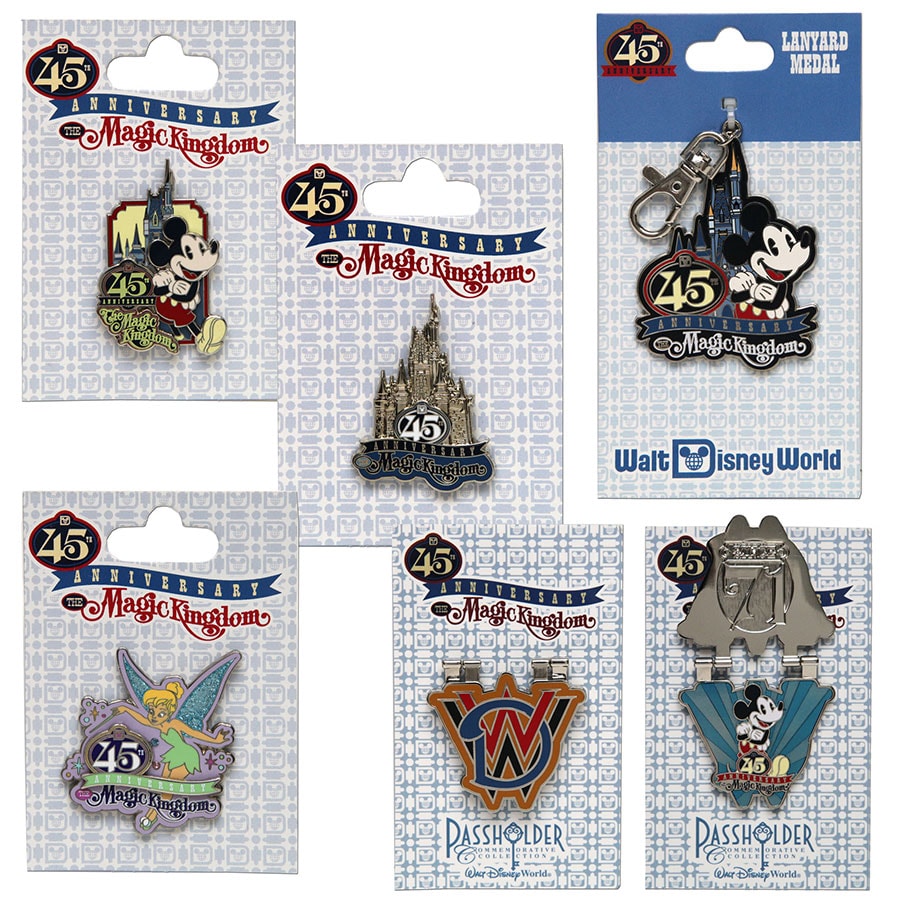 Speaking of things to collect, guests who enjoy trading pins will find a handful of new designs. There will be a mystery pin set containing eight different pins (each box contains two randomly selected pins). We will also release several open edition logo pins, a lanyard medal, and a commemorative pin for Passholders.

Look for these items and more this fall in select merchandise locations at Walt Disney World Resort. Once released, you may find select items available via the Shop Disney Parks app. I’ll have one more article on the Disney Parks Blog in September about 45th Anniversary products.

Which item is your favorite?