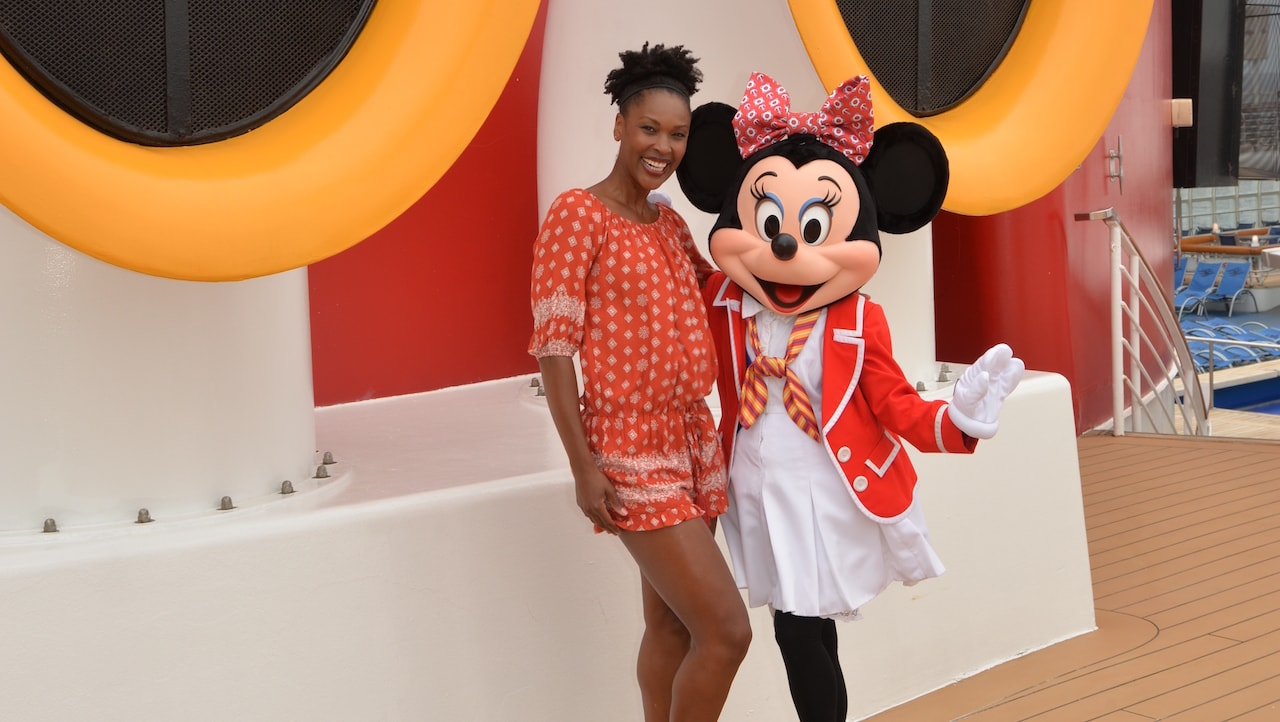 Broadway Stars at Sea: Kissy Simmons on the Disney Wonder

Earlier this summer, Broadway star Kissy Simmons performed aboard the Disney Wonder for our Stars Set Sail live concert series presented by Disney Theatrical Group. Simmons is known for her role as Nala in the Broadway production of “The Lion King,” so it came as no surprise when she sang “Shadowland,” a powerful song from the musical.

Simmon’s show in the Walt Disney Theatre showcased her journey to becoming an actress, which started as a childhood dream and flourished after encouragement from a high school teacher. Her performance included songs such as “Reflection” from “Mulan,” “A Whole New World” from “Aladdin,” and “A Change in Me” from “Beauty and the Beast.”

Additional Broadway performers are joining us this summer, so keep following this blog series to learn more. Take a look back at other stars who set sail with us recently: