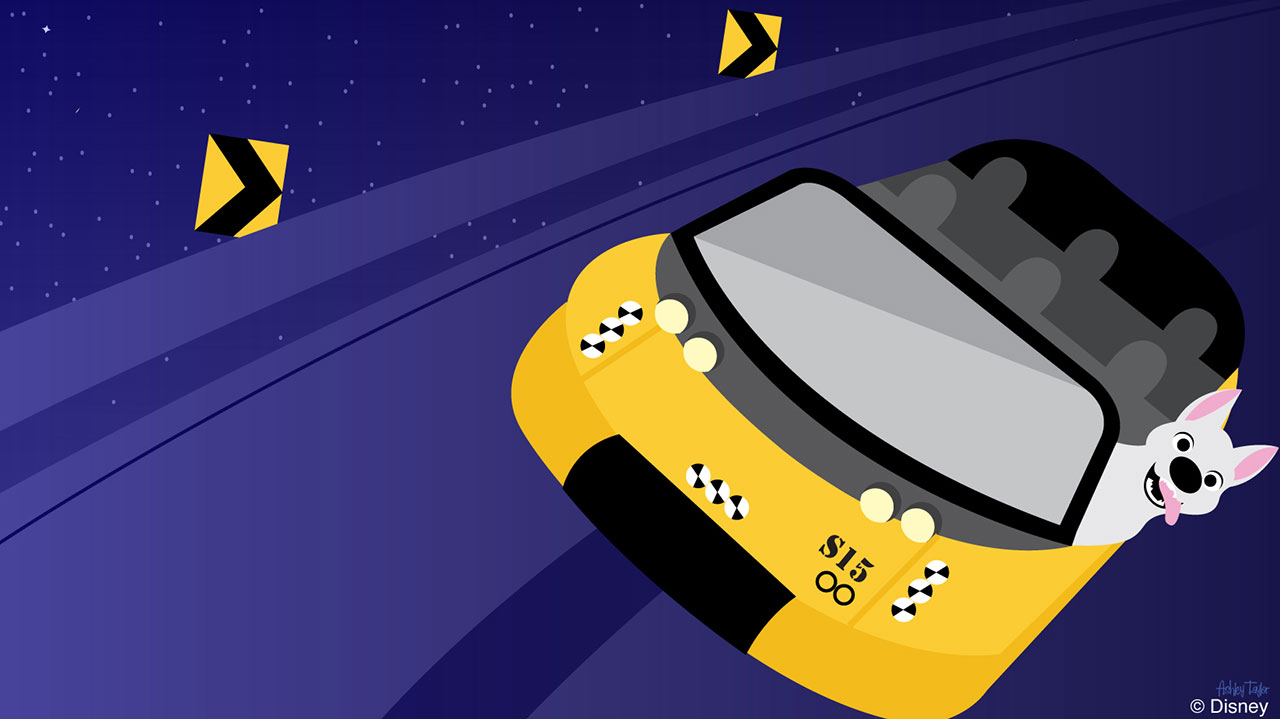 Disney Doodle is a series devoted to artists imagining what Disney characters would do if they had the chance to experience a Disney theme park – and this week we’re focusing on the heroic canine, Bolt.

In the 2008 film “Bolt,” this pup was the faithful sidekick to Penny in a high-action television series – only, he didn’t know their adventures were made for TV and assumed his “superbark” superpower was real. In this week’s Disney Doodle, artist Ashley Taylor imagines what Bolt would do first if he visited a Disney Park. No doubt he’d be up for an adventurous thrill, so why not head to Test Track at Epcot?