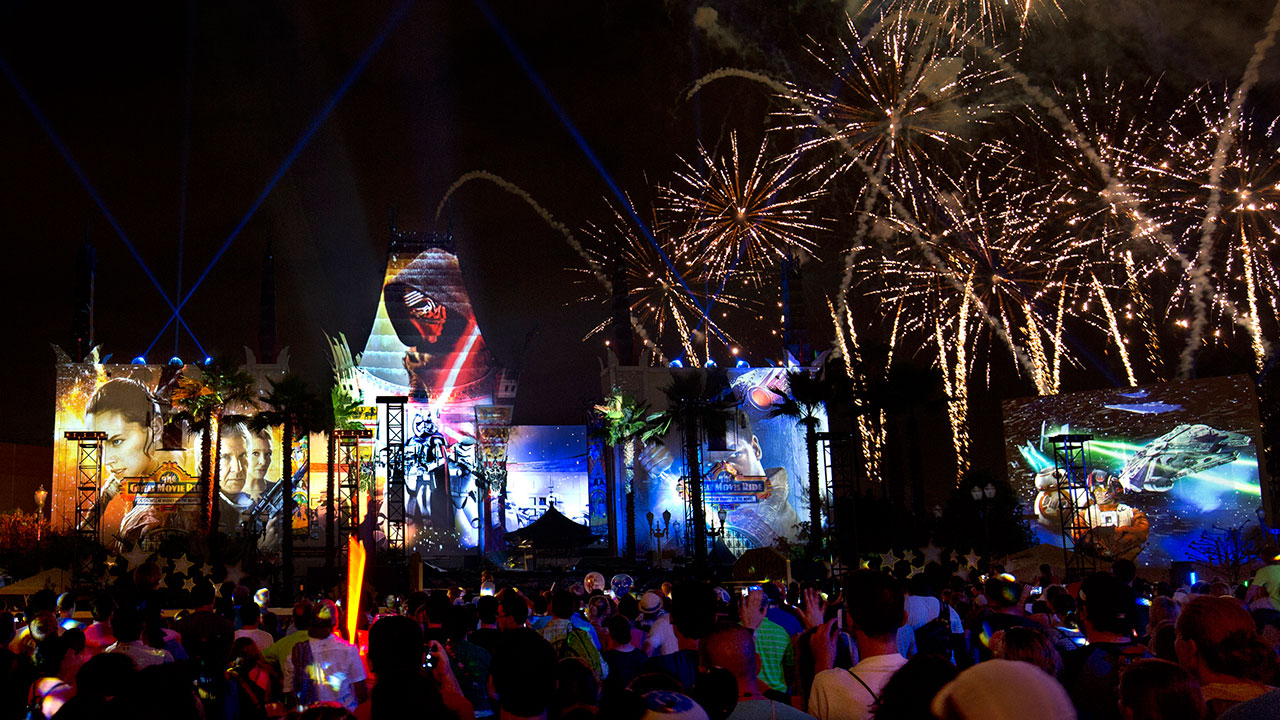 This live event has concluded

In just a few minutes, we’ll present our next #DisneyParksLIVE stream right here on the Disney Parks Blog – a showing of “Star Wars: A Galactic Spectacular” fireworks, live from Disney’s Hollywood Studios.

This spectacular is the next generation of Star Wars-themed fireworks shows for the park. “Star Wars: A Galactic Spectacular,” dazzles with new themed fireworks, lasers, special effects and video projections of iconic characters and scenes from the complete saga, all set to the unforgettable score of the film series.

Our live stream of this new show will begin at 9:20 p.m. ET. Join us minutes before the fireworks start to learn more about how the show was designed from the show’s creators themselves.

Tell us – where in the galaxy are you tuning in from?