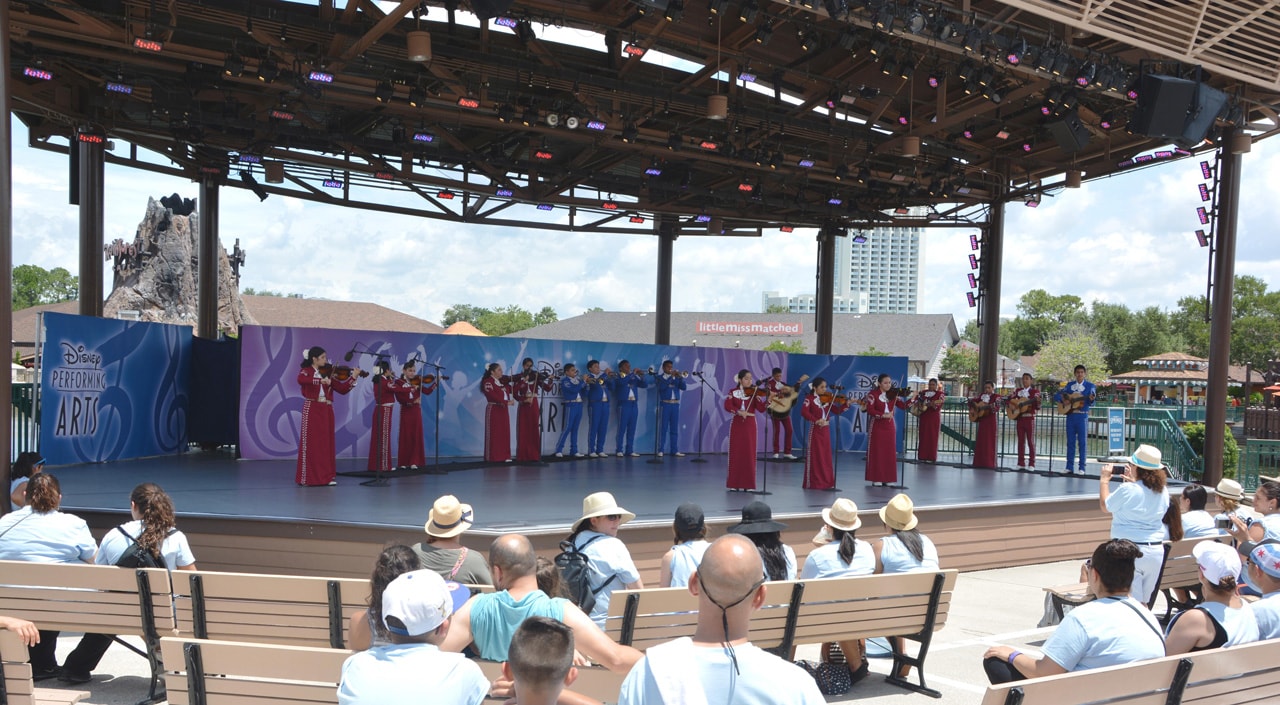 After working at Walt Disney World Resort for 33 years before leaving to become a teacher, it’s not surprising that it didn’t take long for Roberto Martinez to return to the most magical place on earth. Martinez, who performed with the Mariachi Cobre at Epcot for more than three decades, was back at Walt Disney World Resort over the weekend and he didn’t come alone. As the music director for the Mariachi Heritage Foundation in Chicago, he brought his students with him for a fun-filled and education-based trip that’s part of the Disney Performing Arts program.

The students, led by Martinez, performed their up-tempo, rhythmic Mexican-style music in front of Disney guests from across the nation and around the world. During their six-day trip, the students also immersed themselves in a Disney Performing Arts custom mariachi workshop at Epcot where students learned the essentials of tonality and dynamics under the guidance of the Mariachi Cobre. Afterwards, the students watched a Mariachi Cobre performance at Epcot’s Mexico Pavilion and eventually performed briefly with the band. Originally from Tucson, Arizona, Martinez was a member of the community youth group known as “Los Changuitos Feos” that traveled to Disneyland every year to participate in the Cinco de Mayo festival and perform in the parade. Since then, the group has maintained a good relationship with Disney which later led to the 1982 establishment of the Mariachi Cobre at Epcot, which is one of the most well-known mariachi bands in the United States.

Martinez’s return to Walt Disney World Resort is just one of the many inspiring stories that you’ll find as part of the Disney Performing Arts program. Interested vocal, instrumental and dance ensembles from all around the world can apply to perform each year as part of the program at Disneyland Resort and Walt Disney World Resort. Interested groups can visit www.DisneyPerformingArts.com or call 1-800-603-0552 for more information.