One thing I enjoy about Disney pins is there is always something new to collect or trade at Disney Parks. With the number of new pins released each year, guests can create unique pin collections based on things they love from Disney. This month, I’m launching a new quarterly series for the Disney Parks Blog that will showcase new and upcoming pins you may find during your next visit. Below are a handful of new pins you may find in August and September 2016. 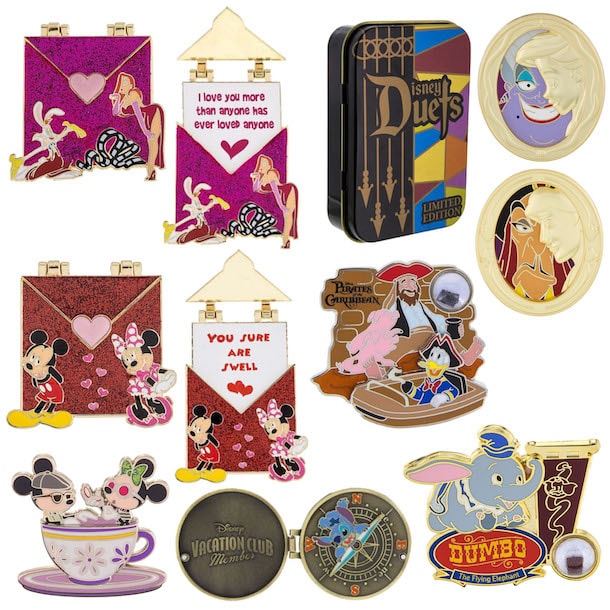 Guests will find several new limited edition pins during the next two months. For the Disney Duets collection, look for the Aladdin and Jafar pin in August, and the Ariel and Ursula pin in late September. The Disney Love Letter pin featuring Roger and Jessica Rabbit will be found in early September; the Mickey and Minnie Mouse pin will be released in late September. I love the new limited release mystery pin collection titled “Disney Grins” that is being released in September (I see Kronk!!).

We’ll also have open edition pins including one inspired by a logo for Disney Springs. 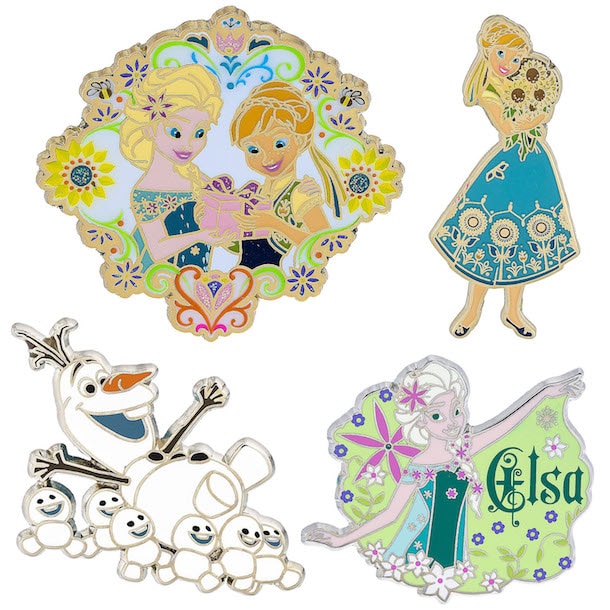 Fans of the Frozen Ever After attraction at Epcot will find four new open edition pins featuring Elsa, Anna and Olaf. 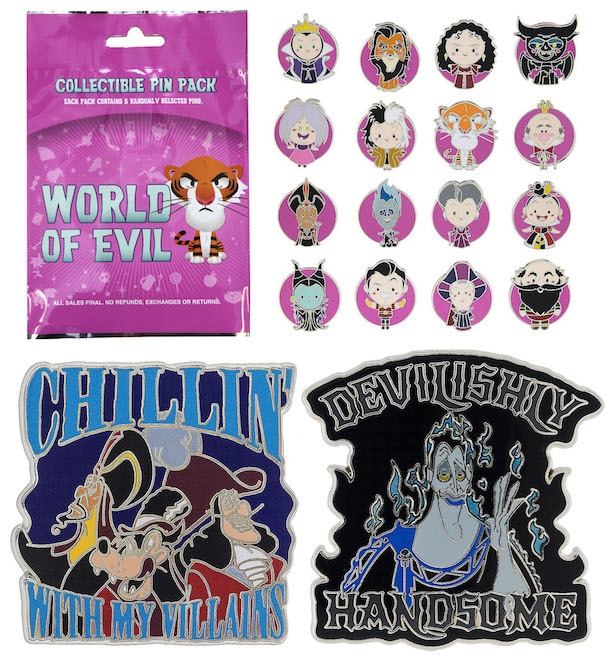 If you love Disney Villains, look for new pins including a “World of Evil” mystery pin set with artwork created by Jerrod Maruyama. 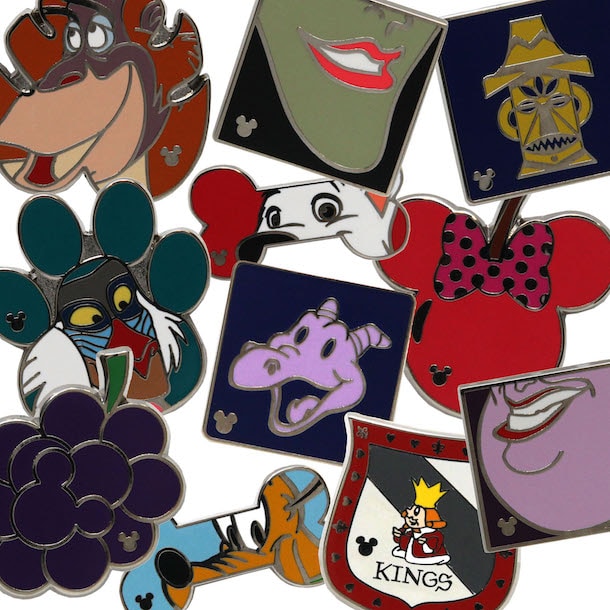 Finally, I have your first look at new Hidden Mickey pins coming to Disney Parks in late fall 2016. There will be unique Hidden Mickey pin collections released at Disneyland and Walt Disney World Resorts. For the image above, I selected a handful of my favorite designs. Stay tuned in the coming weeks for a closer look at the new pins arriving on cast members’ lanyards in a few months.

Which pin is your favorite?