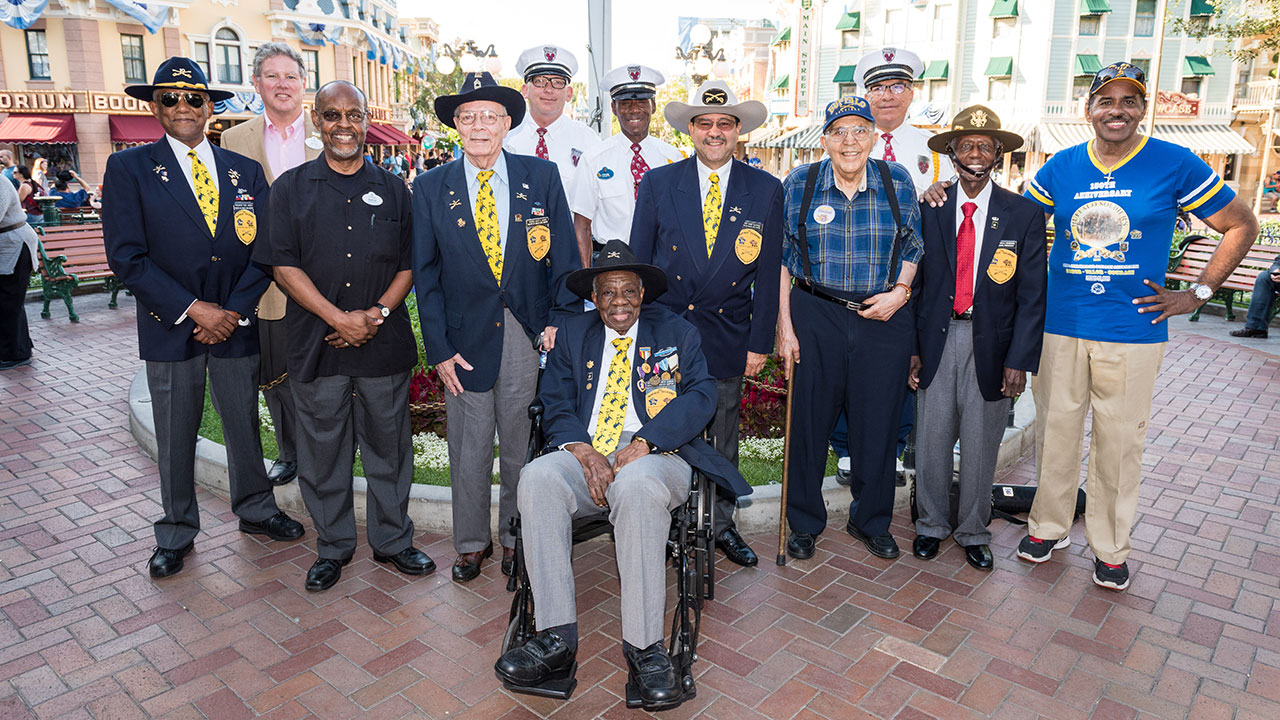 Last week, we were honored to have with us representatives from the Ninth and Tenth Cavalry Association of the Buffalo Soldiers. The Disneyland Resort and SALUTE, a cast member-led diversity resource group that enhances the guest and cast experience by providing a perspective of men and women who have served in the military, held a special flag retreat ceremony to recognize them.

The United States Army Buffalo Soldiers are proudly commemorating a heritage of 150 years since they were formed by an act of Congress in 1866 to guard and protect our nation. Honorees at the flag retreat ceremony included veterans from World War II, the Korean War and the Vietnam War. The Orange County Black Chamber of Commerce also honored the Buffalo Soldiers National Museum at a banquet at the Disneyland Hotel.

Hats off to the Buffalo Soldiers!