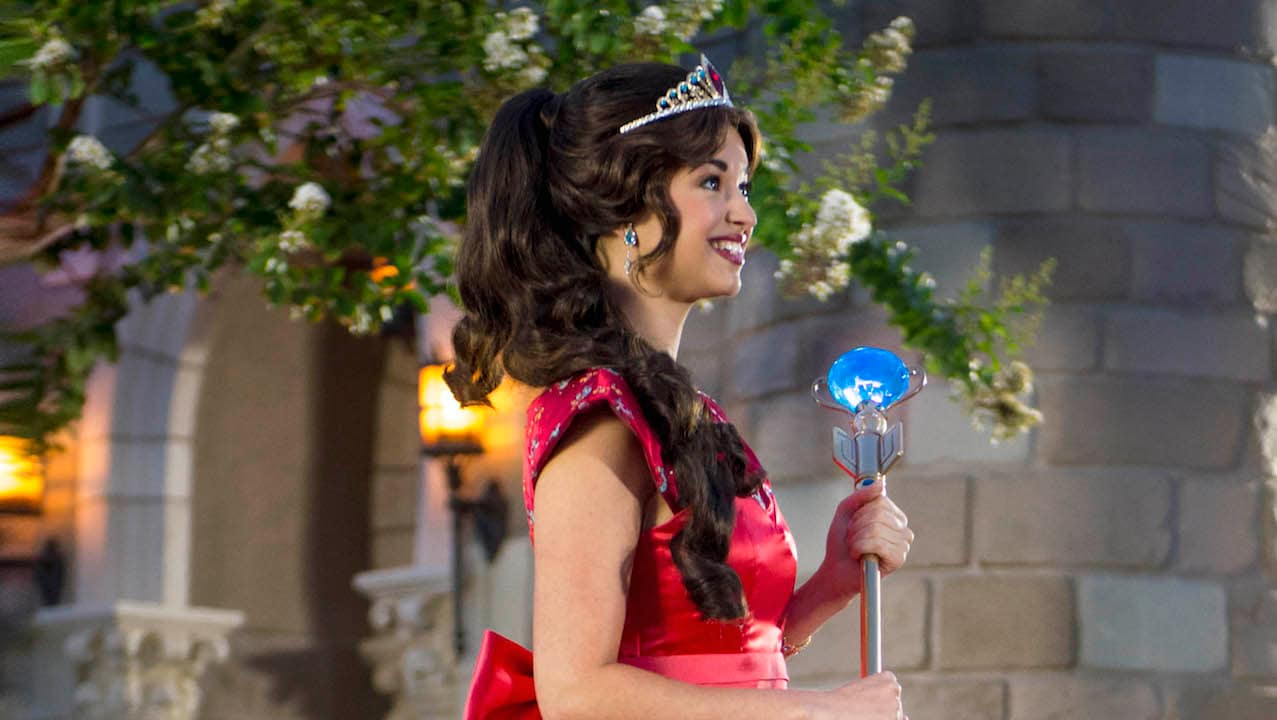 On August 11th, Magic Kingdom Park will welcome Elena, crown princess of Avalor, in a special ceremony taking place on the Cinderella Castle Forecourt Stage. Beginning August 12, the royal welcome for Elena of Avalor will be presented several times daily at the park.

Cinderella and Prince Charming appear on the stage of the castle, dándole la bienvenida (giving a welcome) to everyone to this magical kingdom and introducing their special guest from Avalor. Princess Elena arrives accompanied by a troupe of regal banner carriers and musicians and when asked to share her historia, Elena picks up a guitarra and joins her musicians in a performance of the song “My Time,” recounting her magical adventures and triumphant return to Avalor.

You can also see Princess Elena on the Disney Channel series “Elena of Avalor” every Friday at 7:30 p.m.

Our #DisneyParksLive stream of this special show will begin at 10:45a.m. ET on August 11. We hope you can join us! Let us know what part of the world you will watch from!