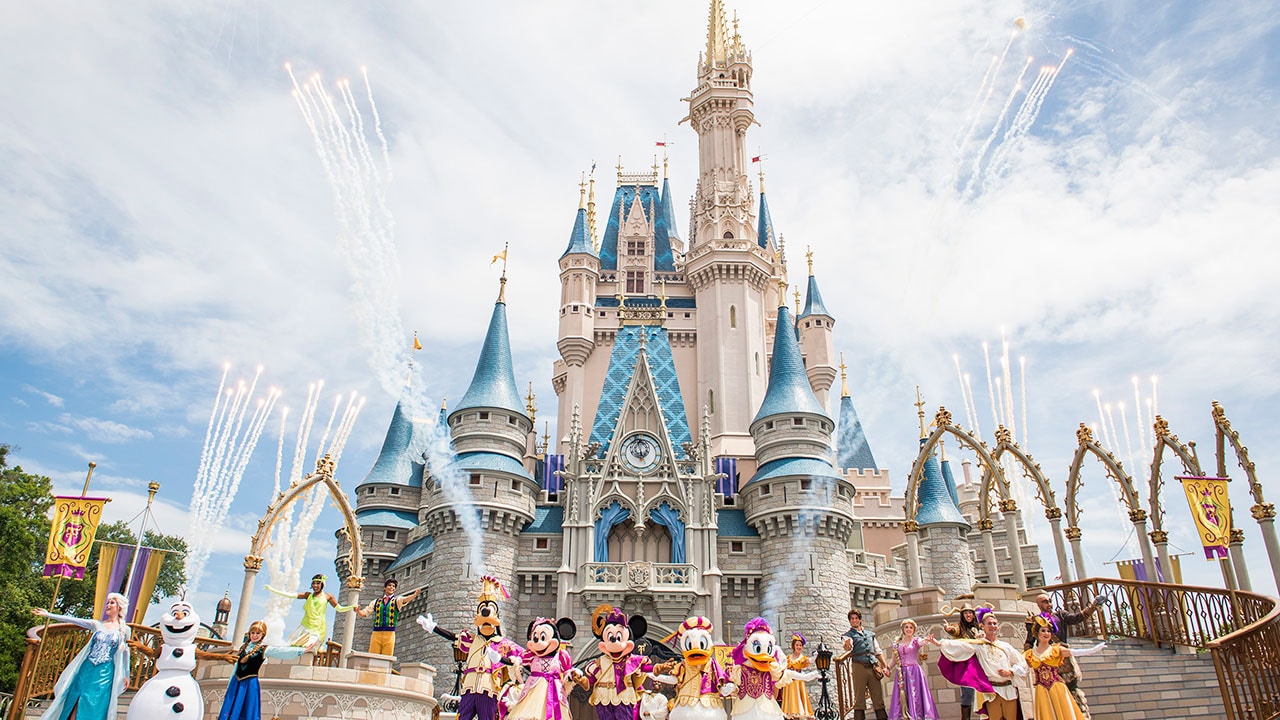 As colors change along Main Street, U.S.A. with the onset of fall at Magic Kingdom Park, “Mickey’s Royal Friendship Faire” is also preparing to mark the season with enhancements to the show’s grand finale.

Presented on the Cinderella Castle Forecourt Stage, “Mickey’s Royal Friendship Faire” brings to life beloved Disney stories both classic and contemporary in a spectacular performance featuring memorable music, lively dancing, delightful costumes and special effects magic. Mickey and his troupe of Merry Makers have invited friends from other lands to join them in a grand celebration. In addition to favorites like Minnie Mouse, Donald Duck, Daisy Duck and Goofy, the show also brings together a wonderful cast of characters including Anna, Elsa and Olaf from “Frozen;” Rapunzel, Flynn Rider and the gang from the Snuggly Duckling in “Tangled;” and Tiana, Naveen and Louis from “The Princess and the Frog.”

Also starting this weekend is the special fall edition of the popular Main Street Trolley Show, greeting everyone along the avenue with a joyous song all about “the magic that can happen when it’s autumn.” So be sure to head on out to Magic Kingdom Park this fall and take in all the wonderful sights and sounds of the season!