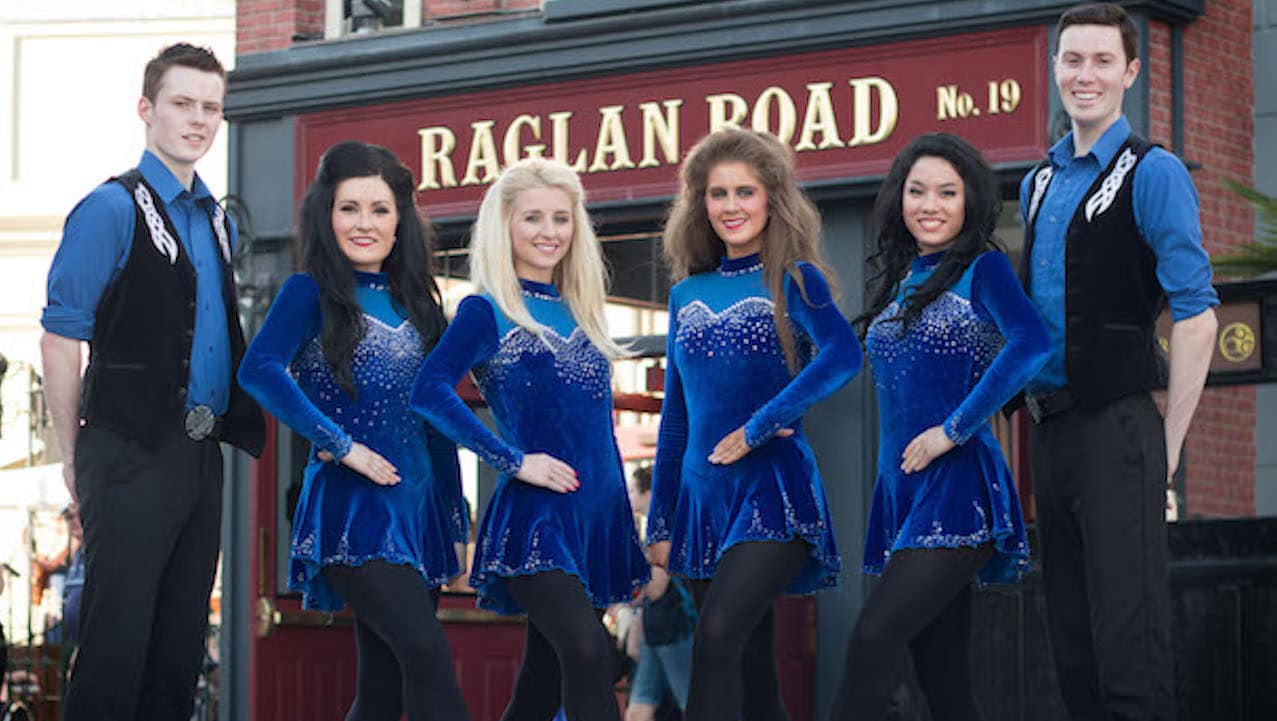 This year, Raglan Road celebrates the 5th Anniversary of their “Great Irish Hooley” with craft beer, cool cocktails, authentic Irish food, and, perhaps most impressive, a brand-new “Rhythms of Raglan” show—a 90-minute live spectacle of music and dance, produced in Ireland and directed by David Hayes of “Riverdance” and “The Voice: Ireland Edition” and choreographed in part by Michael Donnellan, famous for his work in “Lord of the Dance.”

Taking place September 2-5, 2016 over the long Labor Day Weekend, this music-festival-meets-festive-food soiree mixes authentic Irish entertainment with some of the best bites and sips this side of the Emerald Isle. (Seriously. Have you ever had the fish and chips at Raglan Road? And don’t even get me started on their Bailey’s Shake!) The fun begins at noon on Friday, September 2nd and runs through last call the following Monday. 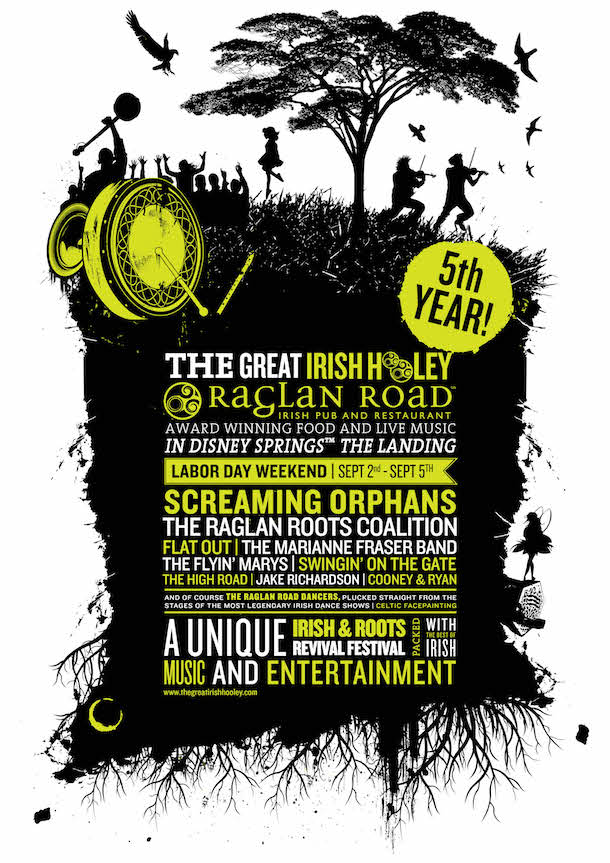 With a day-to-night lineup that includes a nice mix of family-friendly offerings and late-night performances, there’s something for everyone to enjoy. Below, a few of the acts I’m most excited for, with descriptions coming straight from the source at Raglan Road:

Jake Richardson – Jake is a singer-songwriter and musician from Dublin whose passion for music inspires audiences as he entertains with unique vocals and catchy songs.

Flat Out – Flat Out is an award winning four-piece band from the West of Ireland that plays an exciting mix of folk, traditional, pop and New World music. Band members are all multi-instrumentalists combining Irish harp, guitar, fiddle, tin whistle, flute, button accordion, bodhran. They play fresh original music along with funky cover music and have been playing and travelling the world since 2013.

Marianne Fraser Band – Marianne is one of the most sought after guitarists and songwriters on the Irish music scene who is ably supported by Danny Hunter on fiddle and Ali Levack on whistles and pipes. The band performs a high-energy mix of traditional and modern tunes along with Marianne’s own compositions.

Swingin’ On the Gate – This four-piece band of multi-instrumentalists with roots in legendary Lisdoonvarna in Co. Clare have serious crossover credentials and musical pedigree including traditional and classical training. They are multiple medal winners at Fleadhs music competitions and have toured in Italy, Switzerland and the United States.

The Raglan Roots Coalition – 10 years down the road, Raglan felt it was time to shake its boogie – Roots style, with this new Irish house band. Think soul-rocking Celtic bluegrass with some hip-swingin’, knee-shakin’ funky roots beats.

The High Road – These young, traditional Irish musicians met in University in Ireland. A predominately Irish traditional group, they also play British folk, blues and soul, and their combined talents provide for a vibrant, exciting live show of music and song.

Cooney & Ryan – One of the finest traditional Irish music duos around, these accomplished, energetic musicians often invite the crowd to sing along.

The Raglan Road Irish Dancers – Plucked from the cast and stages of the world’s greatest Irish dance shows, the Raglan Road Dancers perform throughout the long Hooley weekend. You can even learn some traditional Irish dance steps – no experience necessary!

Make plans now to make The Great Irish Hooley part of your Labor Day Weekend – and be sure to catch The Rythms of Raglan show, taking place at 4 p.m. Sept. 2, and at 1 p.m. and 4 p.m. Sept. 3, 4 and 5. (Tip: pencil in extra time for Celtic face-painting, happening Saturday through Monday!)

For the full entertainment schedule, visit www.raglanload.com and www.greatirishhooley.com closer to the event.

With our Disney Springs Grand Opening Summer Celebration wrapping up on September 5th, Labor Day Weekend is the perfect time to experience all that’s new, and celebrate a tradition that’s 5-years in the making. Whether it’s food, drink or just plain fun you’re most excited for, I hope you get the chance to join in the festivities!