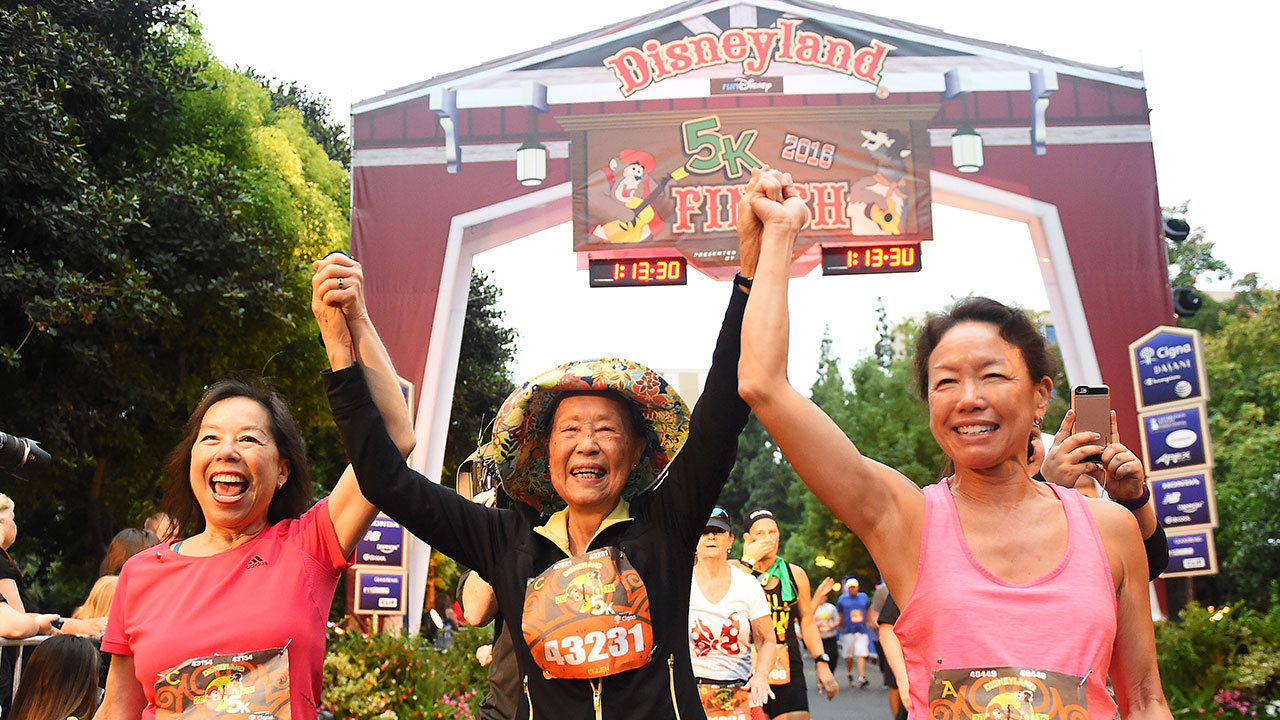 For proof that runDisney races are for everyone, look no further than Ellen Lem, a nearly 90-year-old woman from Anaheim, Calif., who participated last week in her first-ever 5K race at the 11th Disneyland Half Marathon Weekend presented by Cigna. Lem is one of the oldest runners in runDisney history and crossed the finish line arm-in-arm with her daughters in a time of 1:13:05.

Her participation in a runDisney race is just the beginning of what makes her an inspiration to us all. 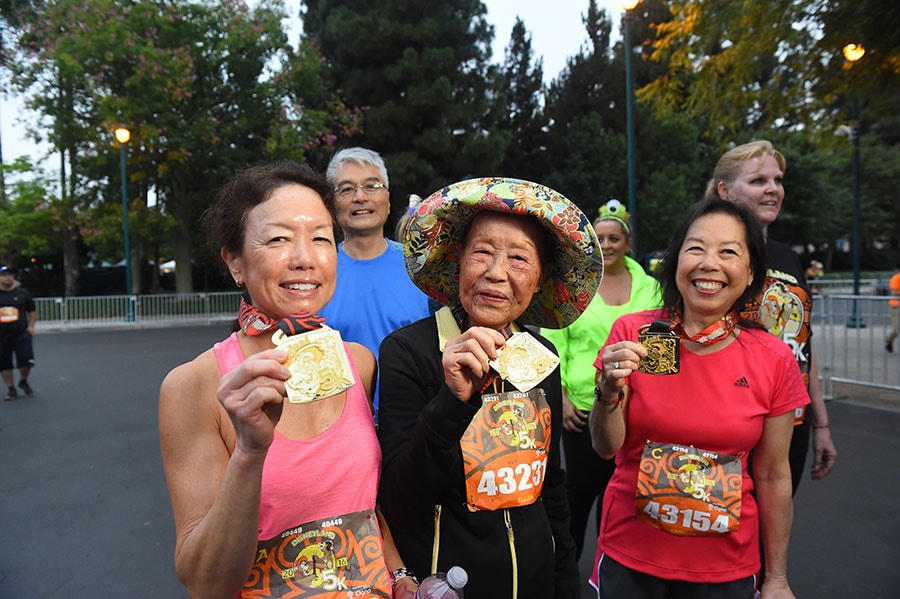 Lem, who turns 90 this November, grew up in Asia during World War II. She and her family fled their native Burma and lived as refugees in China. There, she served as a volunteer translator for the American Red Cross and would meet her eventual husband, an American soldier. After years of communicating via letters – and briefly losing touch when she moved to Hong Kong – Lem would eventually reunite with her prince, get married and move to the United States. She even went on to become a Disneyland Resort cast member in the 1970s.

For the past 40 years, Lem and her family have called Southern California home. While she has outlived her husband and friends, she is motivated to stay healthy and active so she can experience the joy of her grandchildren completing college.

Lem walks 10 laps a day around Juarez Park near her home with her two adult daughters, Caroline and Bella – past runDisney participants. When she started outpacing her daughters, they signed her up for the 5K. After her turbulent early life in Asia, Lem viewed the upcoming race not as a challenge, but as something she can finally be in control of and do for herself.

Check out the video of Lem’s experience preparing for and participating in the Disneyland 5K during Disneyland Half Marathon Weekend.