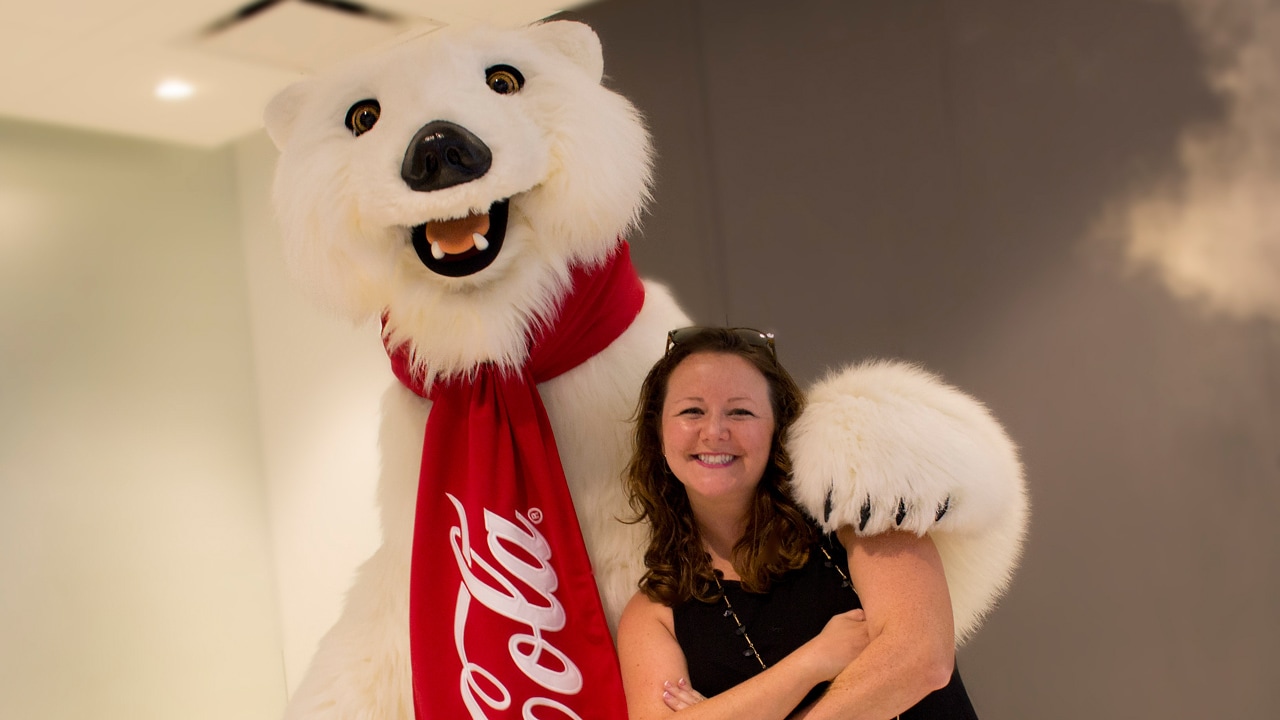 What’s seven feet tall, cute and cuddly and coming soon to Disney Springs? If you guessed the iconic Coca-Cola Polar Bear, congratulations, you got it! In late September, a new interactive meet and greet experience will debut at the Coca-Cola Store, located in Town Center, the newest Disney Springs neighborhood. Though the team is still putting finishing touches on the offering, I was able to get a sneak peek – and a photo!

When I talked with Coca-Cola Store General Manger, Pete Lucic, he shared “guests should get ready to feel the chill of the artic when they visit the Coca-Cola Polar Bear in his home on the second level of the Coca-Cola Store; there, he’s ready to share plenty of bear hugs, high fives and fun photo moments!”

If you completely fall in love with this adorable newcomer (like I did!), there’s plenty of Polar Bear themed-merchandise to take home with you. I couldn’t resist trying on the Polar Bear visor and giving an extra hug to the soft and squishy plush, a miniature version of my new friend.

As a native of Atlanta, GA, Coca-Cola has always been near and dear to my heart. Now, I’m just steps away from a Coke float on the open-air rooftop lounge followed by a meet-up with Coca Cola’s most beloved character; with this winning combination, I can’t help but ‘Taste the Feeling.’

Will you add a meet and greet with the Coca-Cola Polar Bear to your next Disney Springs visit?