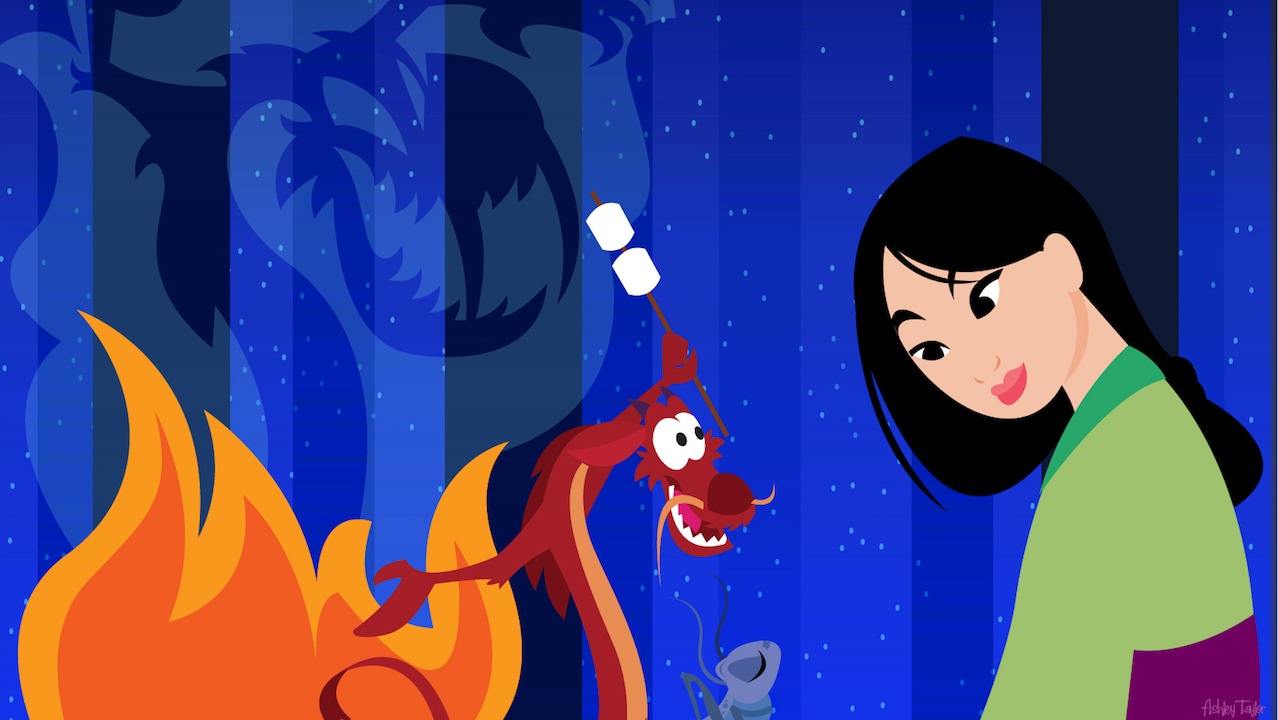 In this week’s Disney Doodle, a series in which we showcase a piece of art designed to show what a Disney character (or characters) may do if they had the opportunity to visit a park on their own. This week, designer Ashley Taylor has chosen Mulan and her sidekick Mushu.

“I love how theatrical Mushu’s introduction is when he first meets Mulan,” Ashley said. “So I thought he would be the perfect character to give an entertaining campfire story at Fort Wilderness.”

In the film, Mushu first reveals himself to Mulan after she says with despair that it will “take a miracle” for her to successfully pass herself off as a male soldier in army. She turns around to an enormous shadow of a dragon that appears flanked by raging flames.

When she asks who he is, he responds: “I am the guardian of lost souls. I am the powerful, the pleasurable, the indestructible Mushu!” – before he reveals that he’s really a much tinier dragon.